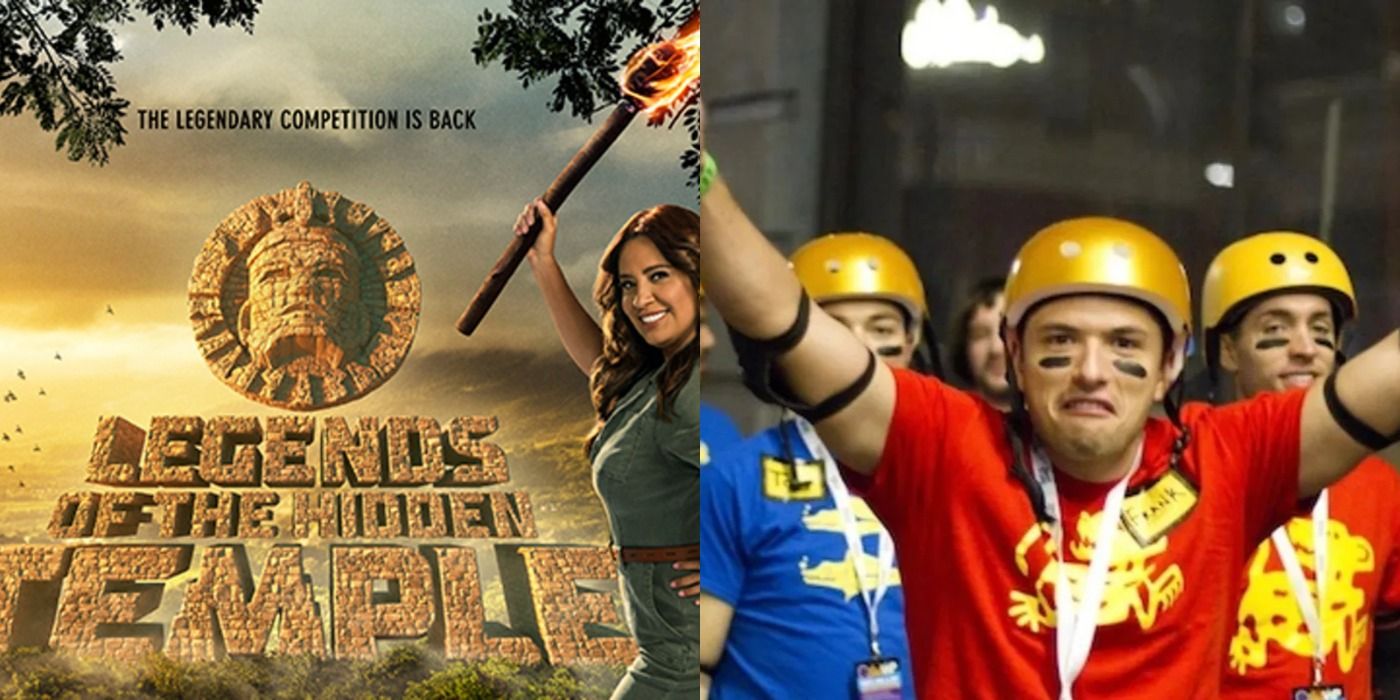 Reboots these days are often accused of being nostalgia-fueled cash wins rather than loving tributes to beloved series of yesteryear. Sometimes they are a big hit like Duck tales, and sometimes, in the case of Legends of the Hidden Temple, they are an amalgamation of old and new ideas in the hope that fond memories will cause adult viewers to ignore certain pitfalls.

The new rebooted series on The CW is no longer a children’s game show but a game for adult contestants who remember the original series. There are fewer teams than before, but the concept remains the same: they solve puzzles and challenges along the route to the ruins of Olmec to win prizes in a luscious and adventurous environment. But even so early in the re-imagining, there are plenty of ways to improve the competitive series. The choice is yours … and yours alone!

Currently, Cristela Alonzo is hosting the CW series, bringing her own personality to the wacky gameplay, but what about the original cost, Kirk Fogg? His enthusiasm was just as essential to the success of the series as Olmèque’s monologues, so why not have him co-host?

TMZ caught up with Fogg recently in discussing the possibility of coming to work on the CW reboot, and by all accounts, he’ll be back for more than a few episodes, sharing hosting responsibilities with Alonzo. Since the series is already aimed at viewers who watched the original as a child, it would do a lot to keep them interested.

Although the series only lasted a few years, it had an incredibly loyal fan base who never missed an opportunity to cheer on the Blue Barracudas, Red Jaguars and Purple Parrots to victory. Finding out what happened to some of the previous competitors would be a fun way to tie in with the original series and compare their efforts with those of current competitors.

In the same interview with TMZ, Fogg appeared to indicate that the former contestants will return to the show as special guests. The real question in the minds of viewers: is twenty years enough to figure out how to put together the idol of Silver Monkey?

The right balance between reality TV and game show

Reality TV shows and game shows follow very different formats, but increasingly the two styles of entertainment are blending together, with the reality TV approach ensuring that viewers learn a lot more about the games’ competitors. televised than ever before. The CW series seems intent on replicating successful versions of this fusion using some of the more dangerous reality TV series like American Ninja Warrior and Fantastic race as models.

To achieve this, a balance will need to be struck, as sometimes providing context for applicants (including dramatic personal stories) can take precedence over programming. A serialized dramatic storyline featuring contestants competing over an entire season might be an option, provided that the filming of certain courses is not cut short and replayed in truncated versions. If done correctly, additional guest information could draw them to viewers and create a significant investment.

The original series focused on vibe and atmosphere, recreating as faithfully as possible an approximation of a hidden temple in order to transport contestants and viewers to a mysterious and thrilling place in the jungle. Sometimes that meant the maze itself was too simplistic, even as the series attempted to incorporate real facts about ancient Mayan culture into its structure.

The new series takes place mostly outdoors and puts competitors in a race and less in a maze. The course also includes some intriguing “escape rooms” to navigate, but it also presents some of the same challenges as in the original, which aren’t complicated enough to hold the attention of adult viewers.

When the original series aired, no official consultant was hired to educate producers on the history of Mayan culture, or how it should fit into a game show that featured it. The new series will need to be more aware of how it portrays an ancient civilization with an influence that is still felt today.

As pointed out in Weekly entertainment, the new series claimed to have built a more “authentic Legends of the Hidden Temple“, incorporating as much ancient Mayan cultural history as possible.

The original series may not have been able to feature guest stars, but the reboot began by including contestants like Chelsea Walker, who is known for Survivor fans for participating in the series on the same theme but having their chance to win stolen.

RELATED: 10 Most Nostalgic Nickelodeon Shows Of The ’90s, Ranked

If appearances by public figures like Chelsea Walker prove to be a good way to engage viewers, the new series might consider having guest stars from the popular Nickelodeon series airing alongside the original. Legends of the Hidden Temple, As Pete & Pete Where Clarissa explains everything.

Much of the thrill of the original series came from the timed challenges, but these episodes of Nickelodeon have never been so frightening as when contestants were trapped by temple guards while having to contend with the dangers of the traps of Olmec. Many of the reboot’s challenges have been restructured to convey a sense of danger, such as forcing competitors to walk through bodies rather than trees to get a key.

There will have to be more and more danger to keep viewers interested, because what is frightening for children is not necessarily so for adults. With new adult competitors, the reboot has a chance to be one of the more dangerous competition series.

The music of the original series was the soundtrack of the adventure, and the beating drums and rhythmic instrumentation lent themselves to some thrilling competition. Without the involvement of original composer David Stanely and the use of music from Temple Run, the new series has the opportunity to do something even more epic.

So far, the reboot series shows potential with its musical selections, but what it needs is some percussive strength and innovation from someone like Hans Zimmer or Ludwig Göransson to make it. truly unique and dynamic.

As for the favorite Nickelodeon kids’ 90s shows, Legends of the Hidden Temple had a pretty impressive budget, and nothing was more impressive than the sight of Olmecs and the rest of the temple striking fear and awe into the hearts of hopeful adventurers.

The new series can capitalize on the spirit of the original by not only using the Olmec (and its dramatic monologues) but by incorporating even more spectacular sets. So far this has been a marginal improvement, but to make a statement it should try to make adult contestants feel as transported to world building as the original series did to kids with. a larger budget, and maybe some “on-site” episodes.

Since the original series featured candidate children, the awards available were geared to their interests as well. These included bright sneakers, gift certificates to toy stores, and substantial trips like Space Camp. With a series aimed at adults, the prices should be epic but also age-appropriate.

Maybe a trip to SpaceX headquarters? Or in a real temple? There are a lot more possibilities with the adult contestants, but if they grew up with the original series themselves, they might not be so unhappy with a boombox and a pair of bright sneakers!

NEXT: 10 Best Live-Action Nickelodeon Shows Of The 90s, Ranked According To IMDb


Kayleena was raised in Star Wars and Indiana Jones from the cradle. Cinephile, she has a collection of more than 250 western titles of which she is particularly proud. When not writing for ScreenRant, CBR, or The Gamer, she’s working on her fiction novel, weight training, going to synthwave concerts, or cosplaying. With a degree in anthropology and archeology, she plans to continue posing as Lara Croft for as long as she can.