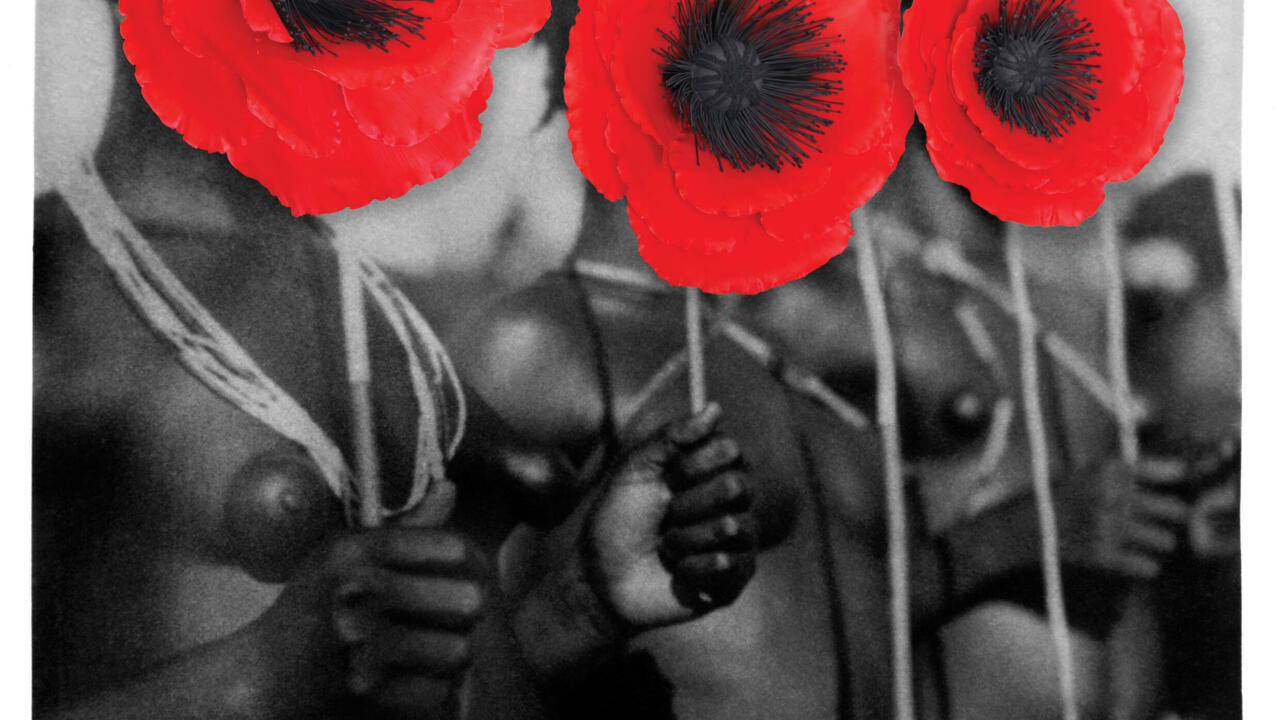 A poignant exhibition peels the masked face of French colonialism

France is slowly grappling with its colonial past – a time when its global influence spread far and wide for centuries. While some underline its â€œbenefitsâ€, others affirm that the empire laid the foundations for identity issues anchored in French society today. Today, an exhibit in an ethnic neighborhood north of Paris aims to bridge the gap between colonizers and colonized, digging deep into history to produce a rich narrative that tells both sides of the story.

Un.e Aire.e de Famille brings together an eclectic mix of records from 1839 to the 1950s, all pointing to a nascent and little-known anti-colonialist movement in France.

This contrasts with a diverse range of contemporary painting, photography, sculpture, sound installation and video. It is the â€œnew wayâ€ of considering colonialism, seen through the eyes of 13 women artists from Africa and its diaspora.

Historically, a focal point is the Colonial Exhibition of 1931 – a sort of ‘Disneyland’, with life-size pavilions and costumed figures for Greater France, as the empire was called, to show the wealth it had built up through the domination of its colonies.

The Surrealist movement, led by poet Paul Eluard, distributed pamphlets calling on people to boycott what they described as a “publicity stunt” and to open their eyes to atrocities in foreign countries.

They even staged their own counter-exhibition called The Truth of the Colonies, which featured kitsch decorative items and posters from the era, denouncing cruelty and greed.

Dialogue beyond the historical divide

So what does all of this have in common with women artists in the African Diaspora?

The name of the exhibition offers a clue. Un.e Air.e de Famille is roughly translated as â€œfamily airsâ€. The additional “e’s” are added to be linguistically “inclusive”, which for the French means both a masculine or feminine interpretation of the word.

Museum director Anne Yanover explains that the idea of â€‹â€‹a “shared appearance” comes from a phrase used by critics in the 1930s who wrote about Surrealist art, comparing it to the art of the colonies – at the time known as “primitive” or “wild” art.

In both worlds we see art being used to draw attention to the ugly and dehumanizing side of colonial life, while also giving it a sense of dignity and power.

By giving voices and faces to those who were considered in slavery terms as a “commodity”, the artists divided by decades and continents create a dialogue that helps to decipher the shared experience of colonization.

Wall maps reveal the extent of people’s movement, either by force or by choice, while the resulting mixed heritage is a common thread running through the exhibition.

Malala Andrialavidrazana Figures 1861, Natural History of Humanity is an example. She takes a map of Africa and renames it as it was before the colonizers arrived. Around, the faces of women who have been leaders and important personalities in their respective countries.

Their portraits originally appeared on banknotes from Congo, Madagascar, Egypt and Algeria, but their names and stories have since been lost in time, as much of the culture and the indigenous history that never figured in textbooks.

What is remarkable about this exhibition is that if we know that France was a major player in the race to collect the colonies, it is not the only one. In fact, the whole world has been colonized by someone at one time or another, even internally among peoples.

There are references to the massacres in Indochina, to the uprisings in North Africa, as there are works that refer to the Kanaks of New Caledonia, and to the children of Asian migrants in South Africa.

There is also a strong current denouncing the domination of women and mistreating nature through the ages. The common thread is that much of their history has been erased and their voices silenced.

The exhibit rectifies that, in small steps, showing that every effort counts to tell the bigger story, on both sides, a rich narrative with subtle multifaceted features.

It is no coincidence that the Paul Eluard Art and History Museum, a 17e century convent housing works of art and historical documents from all eras, hosts the only exhibition of the Africa season 2020 yearlong event on the struggle against colonialism.

Yanover is extremely proud of this aspect. â€œIt’s not an exhibition that takes sides,â€ she emphasizes. “It is not designed to be simplistic, or to speak to the public in an activist way, but rather to serve as a guide for people to open their eyes.”

The museum is located in Saint Denis, the city of the medieval basilica, necropolis of the kings of France, and today houses a new generation of inhabitants made up of immigrants and young families; a patchwork of cultural and social contrasts with all their complexities.

Its name comes from a large collection of art and exhibited documents belonging to Eluard, who was friends with modern and surrealist artists such as AndrÃ© Breton, Louis Aragon, Yves Tanguy and Pablo Picasso – all staunch anti-imperialists who condemned the colonial policy of France through their art.

Many of their actions were supported by the Communist Party of France, which to this day maintains a strong political influence in Saint-Denis. The royal city also houses a memorial to the victims of colonial slavery, inaugurated in 2013.

“It is not about agreeing on the subject one way or another … It is about opening the debate, which seemed to us to be our duty to do so” , Yanover said, adding that she expected an avalanche of negative reactions.

One need only think of the ongoing debate to know whether European museums and galleries should return works of art, statuettes and other cultural objects stolen from colonies around the world.

But instead, Yanover says the feedback has been overwhelmingly positive, with people expressing surprise and appreciation at seeing these two worlds come together.

The exhibition A Family Air until November 8, 2021 at the Paul Eluard Art and History Museum, Saint-Denis.

From October 7 to 9, 2021, the museum will host an international summit on colonial slavery in European museums, one of the many events open to the public as part of the Africa 2020 Season.

Former contestants of “Legends Of The Hidden Temple” on Reddit