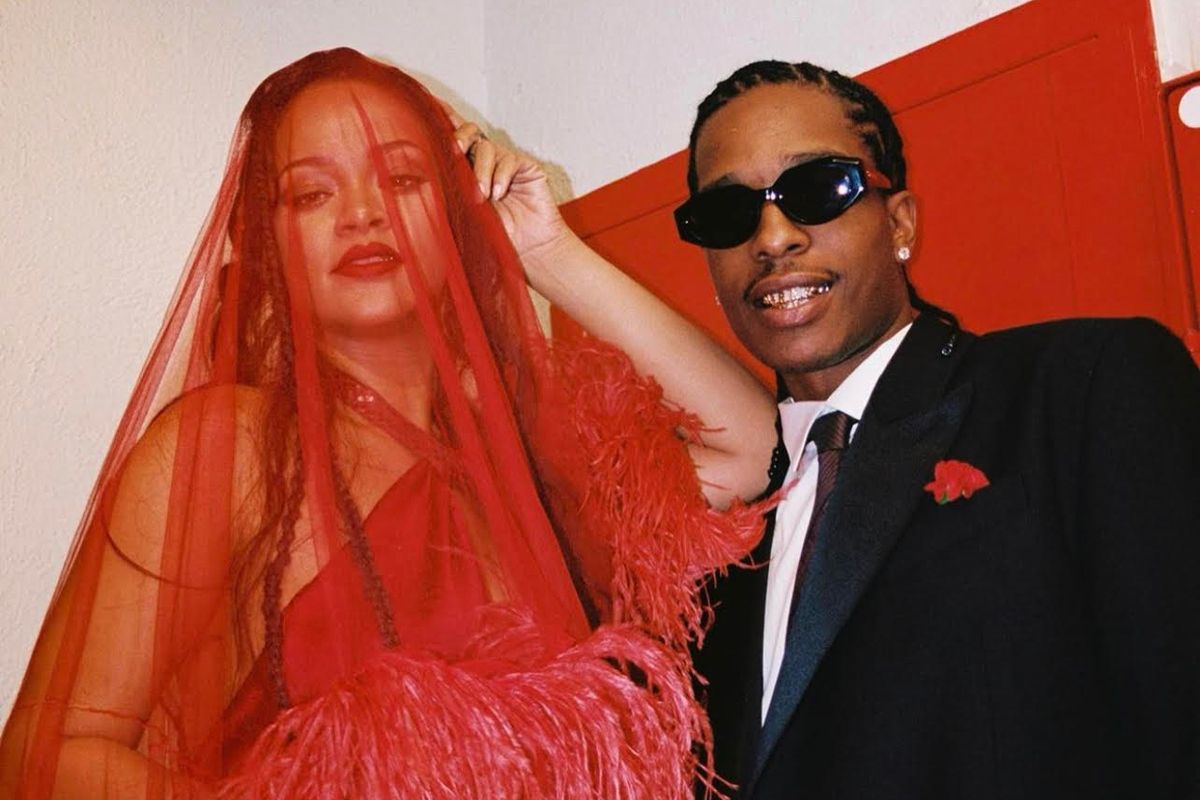 Just when we thought Rihanna and A$AP Rocky’s style was the couple’s ultimate goal, Rocky’s Rihanna ring entered the chat to claim the crown.

On May 5, we finally get to see what Rihanna and A$AP Rocky were all dressed up for on the streets of New York during the summer of 2021: A$AP Rocky’s “DMB” music video.

As the couple’s regular sightings, Rihanna and Rocky were inseparable during the nearly 5-minute visual — and with the two fashion kills in one setting, the style moments and jewelry drops were plenty.

In addition to proposing a fake proposal via personalized “Marry Me” and “I Do” grids, the couple tied the knot in the video where Rihanna became the red-veiled Margiela bride we deserve. Of course, there were also the vintage Louis Vuitton Spring/Summer 2022, AWGE and Dior pieces by Virgil Abloh worn by the two.

Sure, they were solid cuts and all, but did you catch A$AP Rocky’s Rihanna-inspired ring, though?

In the visual, A$AP Rocky showed off a custom diamond statuette finger ring, made by Jason of Beverly Hills – a go-to jeweler for Rocky and Drake.

The 50,000 gold ring features a feminine figure – obviously Rihanna if you couldn’t tell – wearing a white diamond encrusted mini dress and chains resembling a braided hairstyle. Meanwhile, the word “Poouchie” marks the base of the jewel.

The ring statuette is meant to nod to Rihanna’s 2019 British Fashion Awards look – which she attended alongside A$AP Rocky with the two dressed in ensembles from her since-suspended Fenty label.

Clearly, Rocky is a man who pays attention to detail, referencing a moment that unofficially kicked off the couple’s remarkable game to make things official nearly a year later.

Simply put, Rocky’s Rihanna ring is impressive and romantic – surely enough to make someone ask “me and who?”

With the talk of wedding bells for A$AP Rocky and Rihanna, you can’t help but wonder what the wedding bands will look like? At this point, it’s only fitting that Rih would get a golden statuette of Rocky to join his golden Rihanna in a holy marriage.