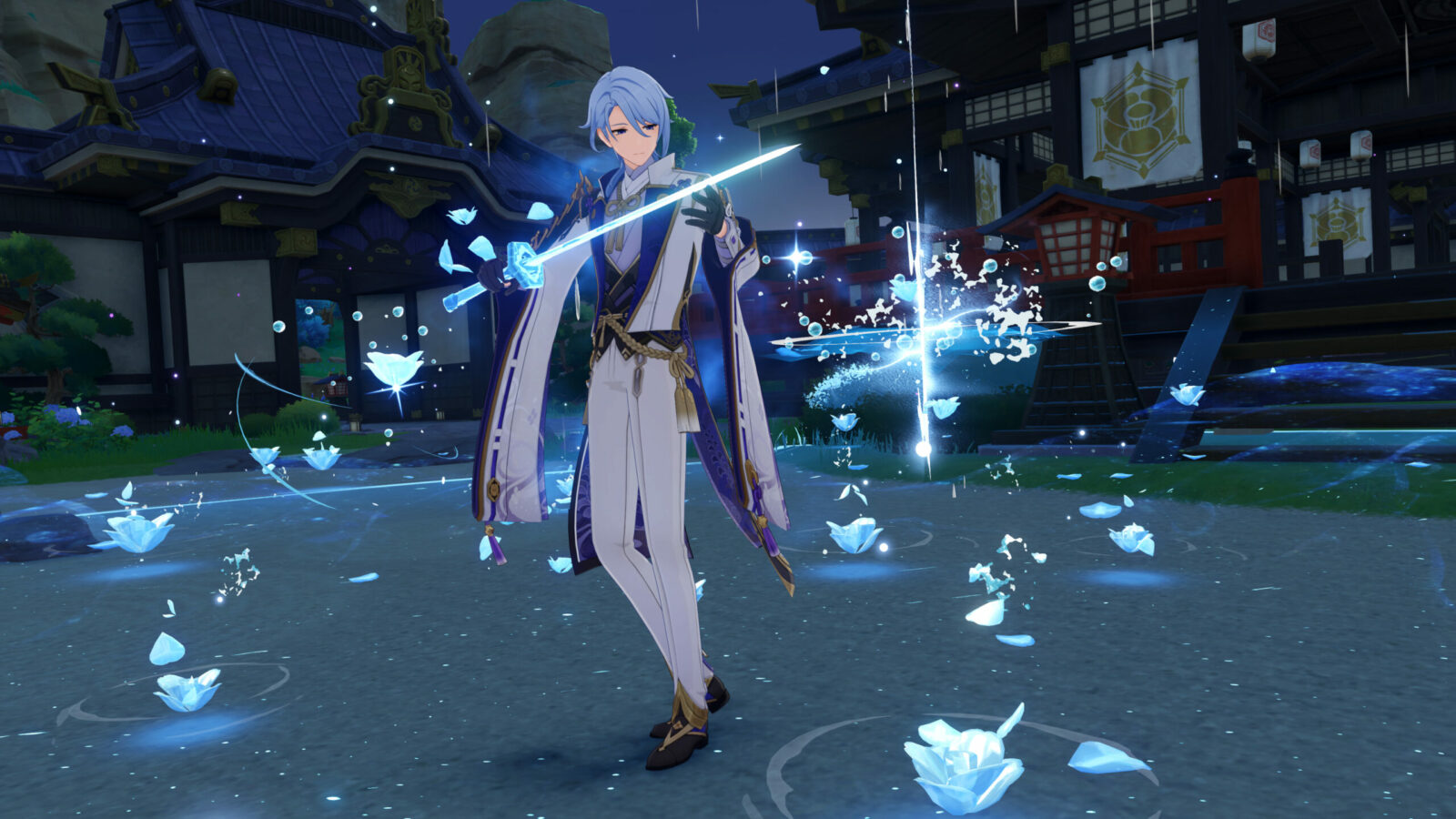 All You Need To Know About Genshin Impact Version 2.6 Update

Official patch notes have been released on the game The Hoyo Lab website while the game servers are under maintenance in preparation for the update. Players will receive 300 primogems and an additional 60 per hour when servers are offline.

Version 2.6 will introduce the highly anticipated new location – the Chasm, located next to Liyue. Along with the new location comes the release of Anemo Archon Venti’s third character repeat banner, alongside Genshin’s new character Kamisato Ayato.

Along with the new characters and location is the new main story quest for Archon – Requiem of the Resounding Depthsnew enemies and new artifacts.

Version 2.6 also brought tweaks and optimizations for existing content in-game. Most notable is a decrease in damage dealt by Geovishap Hatchlings when their tail sweep skill hits a character continuously. The tutorial icon will be displayed on the main interface for those below Adventure Rank 30. Additionally, the appearances of Rosaria, Jean, Amber, and Mona have been adjusted to their new alternate outfits.

Here are the patch notes for Genshin Impact update 2.6:

The Chasm is an abandoned underground area located next to Liyue. Players who have reached Adventure Rank 28 and completed the Archon Quest “A New Star Approaches” and the World Quest “Surreptitious Seven-Star Seal Sundering” can enter the new location.

Version 2.6 will also kick off the release of Genshin’s new five-star character, Kamistato Ayato. He will be a hydroelectric unit who wields a sword and is described as a “young but highly accomplished leader of the Kamisato clan of the Yashiro Commission”.

Version 2.6 will release the new domain – The Lost Valley. The Genshin patch notes describe the realm as ancient ritual ground that has now been abandoned.

“The ancient ritual sites were buried underground amidst a cataclysm that tore heaven and earth apart before being lifted up by the descent of an alien object, and finally uncovered by a destructive battle that resulted from ‘a betrayal. Nevertheless, those who once frequented this place are no more.

Along with new characters, new weapons and artifacts will be released. Haran Geppaku Futsu is a new five-star sword and its name comes from “the way it resembles violent and choppy waves”.

The game will also release two new Artifact sets – “Vermillion Hereafter” and “Echoes of an Offering”.

Hues of the Violet Garden is the new event that Genshin players can participate in for the chance to invite Genshin’s hydro character, Xingqiu, to your party.

During the event, players will be tasked with helping organize the Irodori Festival. The event will have four game modes that will be unlocked sequentially. Completing the event will reward players with Primogems, New Recipes, Furniture, Crown of Insight, Talent Level Materials, and invite Xingqiu.

Players must reach Adventure Rank 30 and complete all Inazuma Archon quests, as well as several different character story quests. However, players can start the event early if they haven’t completed the Kamisato Ayato, Raiden Shougun, and Sangonomiya Kokomi story quests.

Along with the new events, Archon Quest Chapter II: Act IV “Requiem of the Resonating Depths” and Kamisato Ayato’s story quest “Cypressus Custos Chapter: Act I – Falling Leaves of Firmiana” will be released.

There will also be over 15 new world quests, most of which will be related to The Chasm.

New locations mean new enemies to face. Version 2.6 will allow players to battle the Ruin Serpent, an ancient “oddly-shaped” autonomous machine located in the Chasm. Other new enemies that players might face in the new update are the Black Serpent Knight and the Floating Hydro Fungus.

Two new additions will be included in the Serenitea jar. The first is a new piece of furniture called “Leisure Device: Maximum Motivation”.

The game will also have adjusted the music volume in the Serenitea pot.

Changes will be made to Spyral Abyss in version 2.6.

Floors 11-12 will have their monster list updated and Floor 11 will have its ley line troubles changed to “All characters in party gain 75% Anemo DMG bonus.”

When Spyral Abyss resets on April 1, Gladiator’s Finale and Wanderer’s Troupe artifact sets will be replaced with “Vermillion Hereafter” and “Echos of an Officer” on floors 9-12.

“After a character’s normal attack inflicts DMG on an opponent, that opponent’s physical/elemental RES will decrease by 6% for 5s, matching the type of DMG inflicted. This can stack up to 7 times RES decreases of different types can co-exist, and their stacks and timers will be independent of each other.

13 Easter decorations to buy at HSN this spring