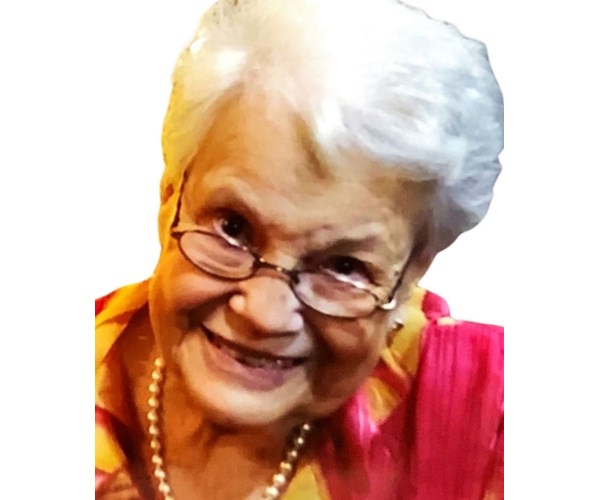 She was born on February 8, 1931 in Michigan City to Israel and Edwina (Nickler) Gorden. On December 29, 1951, in Middlebury, she married Don R. Smucker; he survives.

She was preceded in death by her parents; three brothers, Bruce, John and Robert Gordon; and a grandson, Nolan Lawson.

Berneita graduated from Rolling Prairie High School and then attended Manchester College for two years. From 1950 to 1951, she volunteered with BVS in Washington, D.C. After marriage, she then became very active in the Middlebury community. She was co-owner, with her husband, of Smucker Drugs in Middlebury, a third-generation business that was previously co-owned with Don’s brother, Farver Smucker. Berneita was co-founder with her sister-in-law, Mary Smucker, of drugstore-based Crossroads Gifts, which specializes in high-end gifts including Lladro figurines, Swarovski crystal and Boehm china.

She enjoyed playing bridge and was a member of several different clubs; she was also an avid reader and member of Read-A-Bit, and started several collectors’ clubs, including Department 56, Precious Moments, and Lowell Davis. She also enjoyed knitting, Bible study and helped develop the Crystal Valley Visitors’ Association and was instrumental in organizing Middlebury’s flower baskets on lampposts.

After retiring, she and her husband volunteered for the Westside Food Bank in Phoenix, Arizona. She had been an active member of Middlebury Church of the Brethren and was currently a member of First United Methodist Church of Middlebury.

Visitation will be held from 1 to 4 p.m. on Sunday, January 30 at Miller-Stewart Funeral Home in Middlebury. There will be one hour of visitation before the 10 a.m. funeral on Monday, January 31 at First United Methodist Church in Middlebury. Masks and social distancing will be practiced for visitation and funeral services. Interment will be in Grace Lawn Cemetery, Middlebury. Pastor Ron Russell will lead the services.

Memorials may be donated to the Boys and Girls Club of Middlebury, honoring Nolan Lawson or the Middlebury Community Historical Museum.

Online condolences can be offered at millerstewartfuneralhome.com.