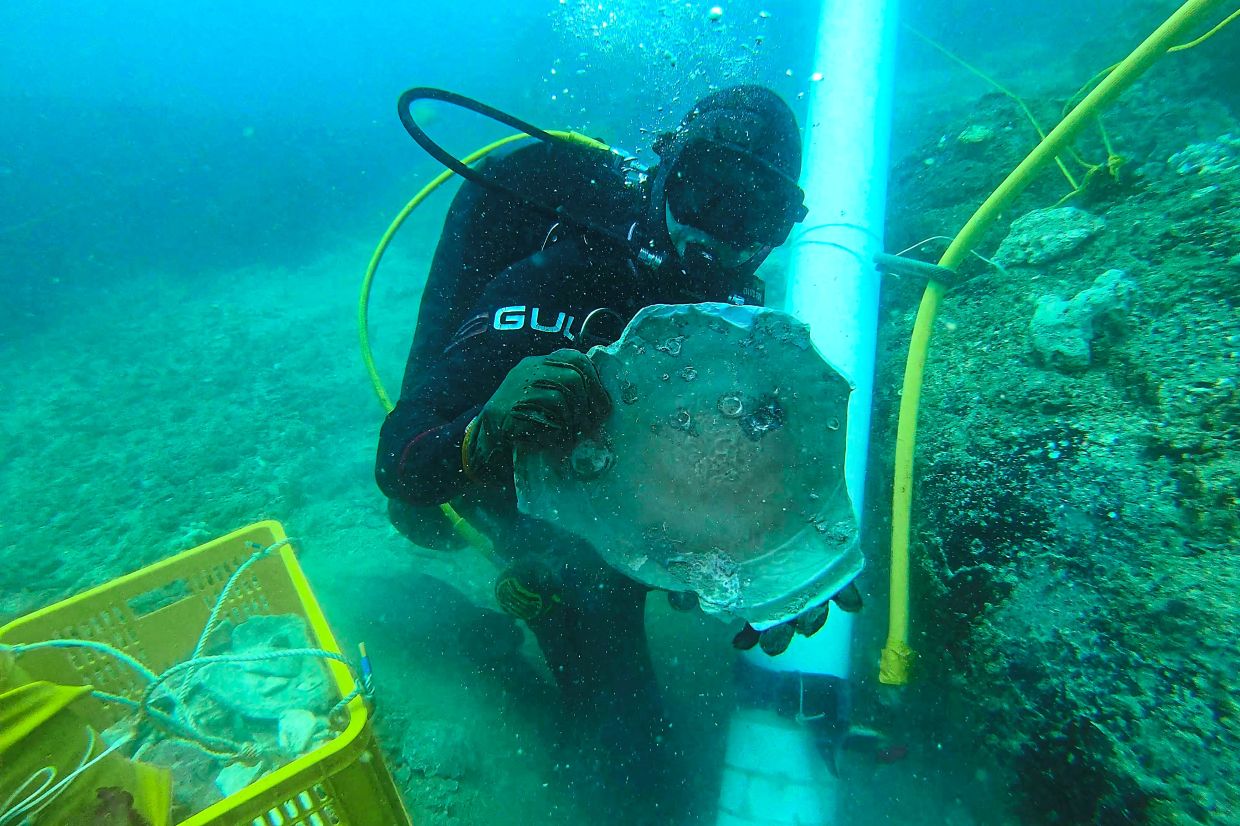 Two wrecks – one possibly dating from the 14th century and the other from the 18th century – have been excavated in Singapore waters – a first for the nation and a revolutionary development for its maritime heritage.

The two wrecks, carrying Chinese ceramics as the main cargo, were found in the waters off Pedra Branca, a rocky outcrop surrounded by shallow water where ships throughout history have run aground.

The plan is to exhibit the artifacts in museums here from the end of this year.

Maritime archaeologist Michael Flecker, who oversaw both excavations, described the first wreck as a “fairly remarkable” find, as it is contemporary with the Temasek period which spans the 1300s to the 1600s.

While research may never reveal the exact vessel that sank, as no remains of its hull remain, the second wreck has been identified as the India-built merchant vessel Shah Munchah. It sank in 1796 while returning from China to India.

How the wrecks were discovered

It all started with an accident.

A Singapore registered barge carrying two bulk loader cranes encountered bad weather on its way to Kuantan and ran aground at Pedra Branca on December 30, 2014.

A cannon from the site of Shah Munchah’s sinking is lifted on board. Photo: ISEAS – Yusof Ishak Institute / AFP

Both cranes were in danger of tipping over on Pedra Branca’s famous Horsburgh lighthouse, built in 1851.

To prevent this from happening, dynamite was attached to the two cranes, and they exploded as two boats pulled them away from the lighthouse, throwing metal into the sea.

Commercial divers were then hired to clean up the area of ​​this waste.

It was while diving to retrieve the remains in 2015 that Ramdzan Salim, a project manager, and Ahmad Qamarulhazman, a diver, came across piles of old ceramic plates, said Dr Michael Flecker, visiting researcher at the ISEAS – Archeology Unit of the Yusof Ishak Institute. .

Around the same time, a 10-week archaeological dig was underway at a site in Empress Place.

Divers, while following media coverage of the finds, realized that some plaques recovered near Pedra Branca looked a lot like artefacts recovered at Empress Place, and decided to turn the plaques over to the institute for further research. and their conservation.

After the institute confirmed that the plates were high-quality celadon ceramics dated to the 14th century, the National Heritage Board (NHB) partnered with the institute to conduct an investigation of the Pedra Branca site, discovering a wreck in 2016.

After the excavation of the first wreck was completed, NHB and ISEAS conducted an investigation around Pedra Branca and discovered a second wreck dating from the end of the 18th century. Efforts were then made to excavate this wreck between 2019 and 2021. 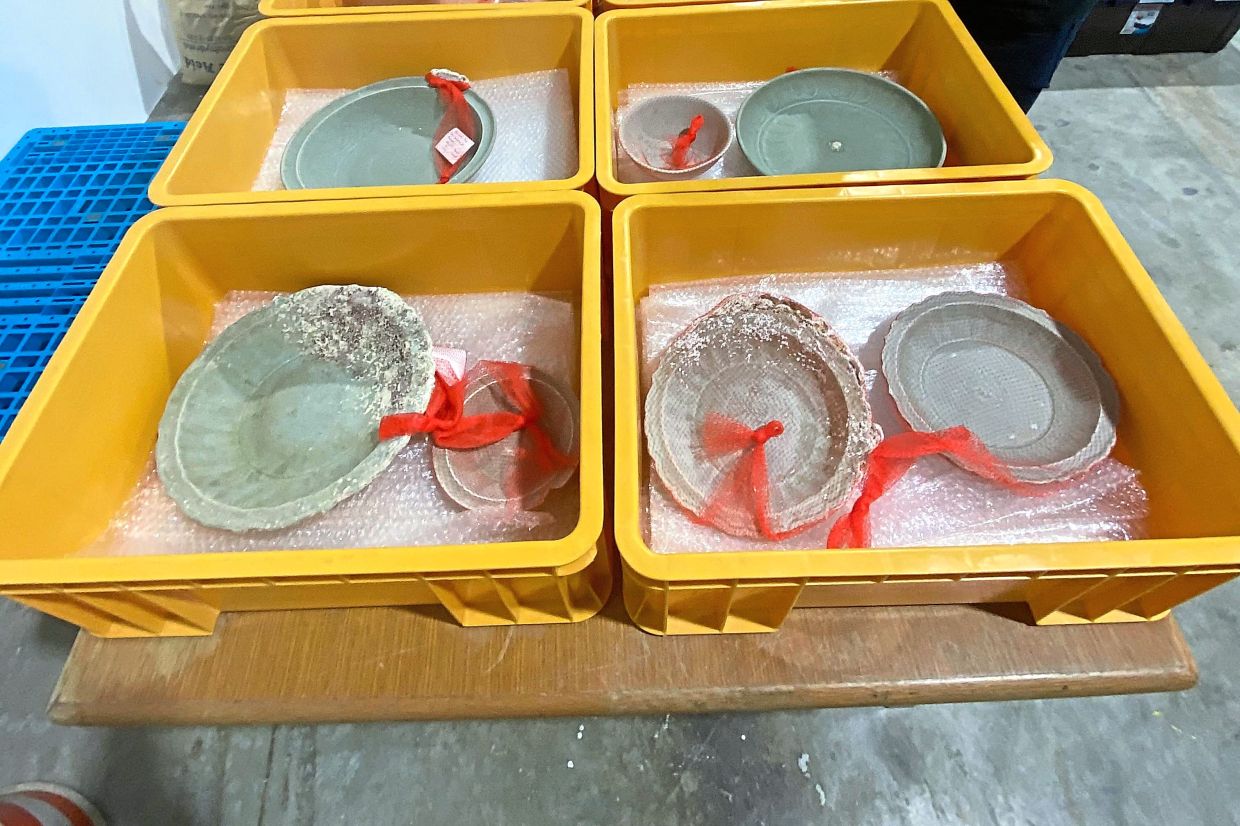 The first wreck was located about 100m northwest of the island, the NHB and ISEAS announced on June 16. The second wreck was found 300 m east of Pedra Branca.

In an interview with The times of the straits Regarding the historical finds, Dr Flecker said various Chinese ceramics made up the vast majority of the transport of the first wreck, some matching those previously excavated on the Singapore mainland.

For example, Longquan’s terracotta dishes from the first wreck match those that had been unearthed earlier at Fort Canning, both bearing a double fish motif.

“From Fort Canning, there is a plaque that is so similar that you might almost be tempted to think that they used the same stamp (to produce the pattern),” said Dr Flecker, visiting scholar at ISEAS. .

While research is ongoing, Dr Flecker said the discovery would be particularly significant if it could be proven that the ship was going to call in Singapore – which he believes to be true.

The ceramics in the wreck are also similar to those excavated at Empress Place in 2015, and further research will be conducted to improve existing knowledge about the history of maritime trade in the region during the 14th century.

Dr Flecker, who has more than 30 years of experience in maritime archeology, added that the transport of blue and white Yuan ceramics from the first wreck is also the largest that has been recovered from a shipwreck to date.

“There have only been three other sites (wrecks) with blue and white Yuan porcelain anywhere in the world, and in much smaller quantities,” he said, adding that he was clear from the two ships’ main cargo – Chinese ceramics – that they were loaded in China.

The site of the Shah Munchah wreck has yielded a much wider range of artifacts, from instruments to cannons.

Among the startling finds were percussion instruments, including a tambourine and a coconut shaker with a handle, Dr Flecker said. 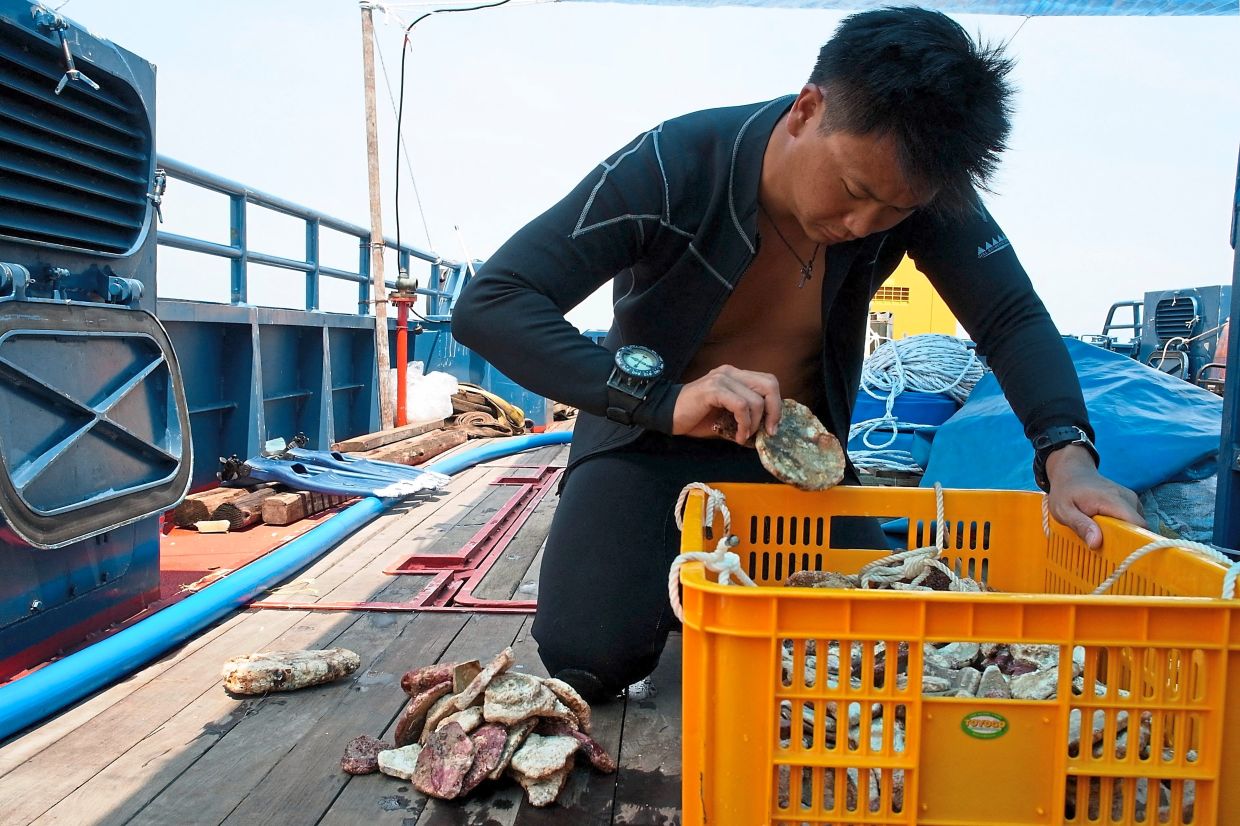 A diver sorting through the finds discovered in a wreck off Pedra Branca. Photo: ISEAS – Yusof Ishak Institute / AFP

Wooden umbrellas, metal betel nut slicers and a myriad of figurines have also been salvaged by divers.

The heaviest finds were four anchors – as long as 5m and weighing 2.5 tons each – and nine cannons, which required a chipped ship to remove them from the seabed.

Dr Flecker said the anchors were designed in the Admiralty style, adding: “They are suitable for very tall ships, so this is a great find and well worth preparing for conservation.”

The nine guns, which Dr. Flecker described as a “representative set” of what was in use at the time, were typically mounted on ships employed by the East India Company in the 18th and early 19th centuries, and used for defense as well as signaling.

The artifacts are currently stored in facilities managed by both NHB and ISEAS, where they will be cleaned, preserved and cataloged.

Of Shah Munchah, Dr Flecker said: “If he had survived another 23 years he would almost certainly have called in the restored port of Singapore.

“Its incredibly diverse cargo provides excellent insight into the type of goods that would have been traded and purchased by the new inhabitants of this nascent city.”

The two historic wrecks are the first to be found in Singapore waters and will contribute to a better understanding of the nation’s maritime past. As there were no claims on the wrecks and their artifacts at the end of the stipulated one month notice period, they were claimed by Singapore.

Although it is very likely that there are more wrecks on the seabed in Singapore waters, some of them have been covered by the reclamation, while heavy shipping traffic in the Strait of Singapore makes locating others a danger.

NHB Director of Heritage Research and Assessment Yeo Kirk Siang said: “As an island that has served as a gateway to Asia for centuries, Singapore today is the legacy of our rich maritime heritage.

“We will continue to research the importance of artefacts and find ways to promote knowledge, so that more people can learn about them and Singapore’s maritime history.”

The NHB plans to exhibit the artifacts in museums here from the end of this year, while ISEAS will likely publish the findings gradually in reports and research papers. – The Straits Times / Asia News Network