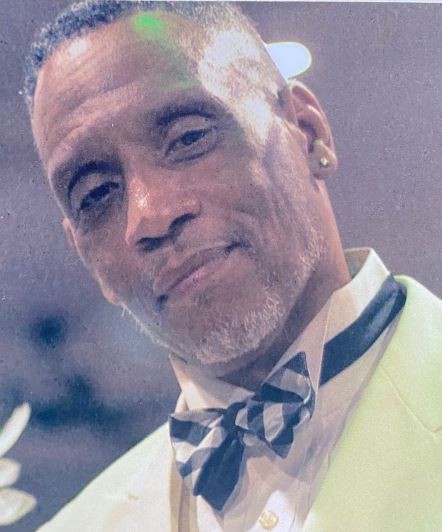 Charles Samuel Moncrief was born in New York on October 23, 1953 in Harlem Hospital to the late Lois and James Moncrief. He was the third oldest of five children.

Charles grew up in the Abraham Lincoln Projects in Harlem with his sister and three brothers. He attended PS 133, JHS 139 and DeWitt Clinton HS

One of Charles’ loves was basketball. Charles was also known to many as Camar and his grandchildren and great-grandfathers as PopPop and GPop. Camar was a standing guy and made an impression on everyone he came in contact with. Family was very important to him. He believed in family unity and if Charles was able to make it happen he would be there for all family functions and celebrations. He was also a comedian, as we all know. He would make you laugh all the time. Charles was a jack of all trades.

He traveled all over the country and also traveled to Italy with his aunt and uncle to visit his cousin. He was a hardworking man who worked in many different fields. He worked at the Bell Telephone Company, construction and roofing, to name a few. He also made ceramic figurines. He always wanted a Cadillac Eldorado. Over time he got a Cadillac, but not an Eldorado.

He moved to Rhode Island where he met Victoria Braxton. They were married on September 17, 2016. Charles was a retiree from the Woonsocket School Department, where he served as a caretaker for 15 years. After his retirement, he worked for US security until he fell ill. He was a diligent worker. In 2013, he gave his life to the Lord. He became Armor Bearer for his bishop, and held this position with great honor! He was also a deacon of Christ Temple Church and director of the men’s choir. Another ministry he loved was the â€œPraise the Lordâ€ family prayer line.

Charles left this life on June 25, 2021, at home, sadly fighting his battle with liver cancer. He fought well before his “Father God” called him home.

Charles (Camar) was predeceased by his parents Mr. and Mrs. Moncrief, his brother-in-law Calvin Banks, his son Sean and his nephew Mark. Charles leaves his memory to be cherished by his wife Victoria, 1 sister Jean Banks, 3 brothers James, John and Eric Moncrief. 9 daughters: Tasha, Shemin, Rasheda, Anna, Bernadette, Yolanda, Vivian, Ebony and Tiffany. 6 sons: Cemar, Salih, Jamal, Gerard, Earl and Theodore. 2 sisters-in-law, 1 daughter-in-law, 4 sons-in-law, 49 grandchildren, 11 great-grandchildren, 9 nieces, 5 nephews. Special thanks to his niece Jackie for always being there for him. He also leaves a host of relatives and friends. Charles, Camar, Dad, PopPop & G-Pop were loved and respected by all.

We will miss him.

To send flowers to the family or plant a tree in memory of Charles S. Moncrief, please visit flower shop.