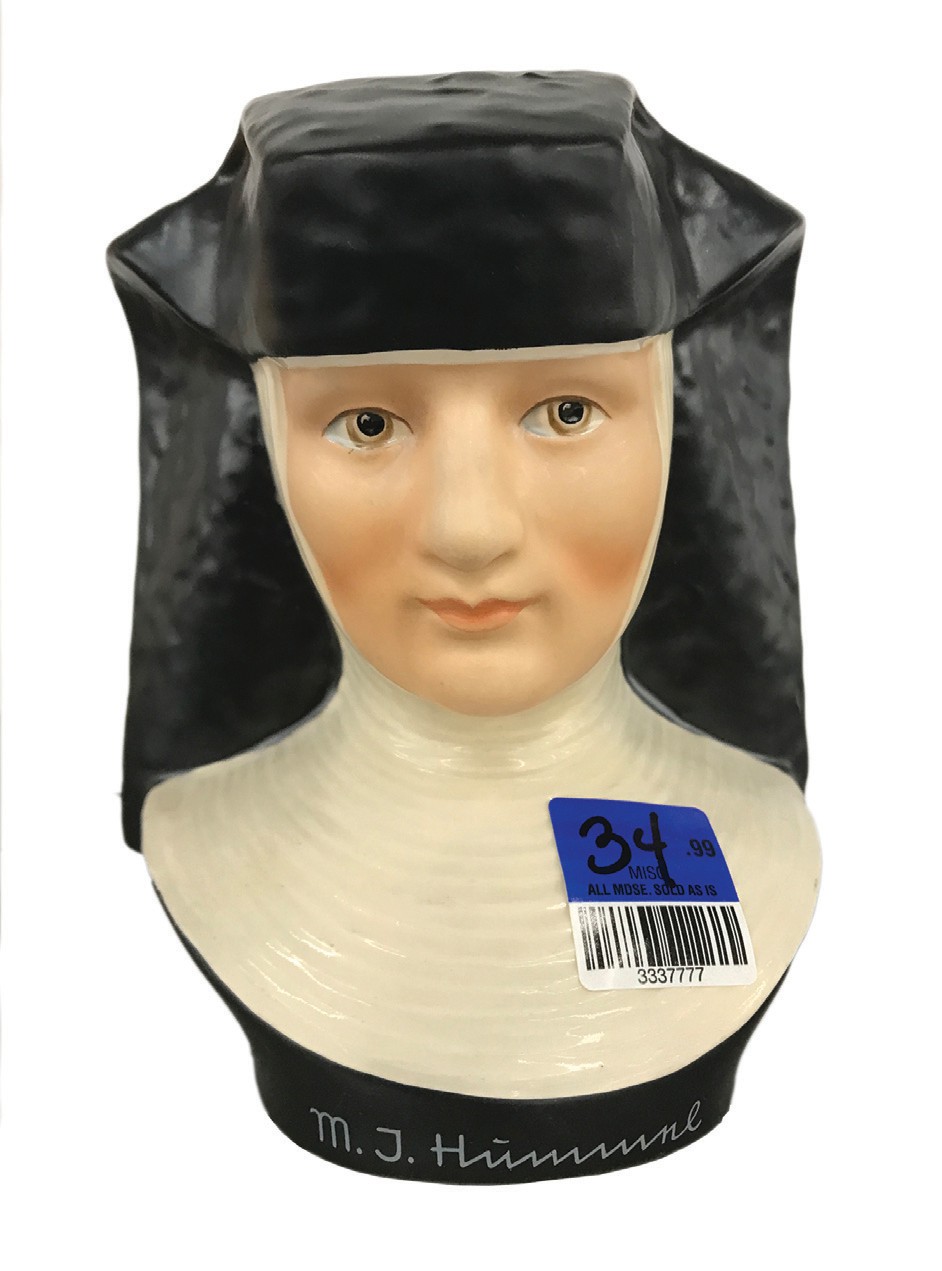 LEFT: This Goebel porcelain bust of Berta Hummel was spotted on a thrift store shelf for $34.95. ABOVE: Hummel’s porcelain figurines were based on illustrations by Berta Hummel.

For some reason, it seems two generations of children were scarred for life by strict nuns who ruled Catholic schools.

So I’m not surprised that people are intimidated by the image of a nun.

There is a caricature of the humorless woman who crushed the children with a ruler.

Then there was Berta Hummel, the nun who stood up to Adolf Hitler.

As you may have guessed, everything has a story.

I thought of this when I spotted a Goebel porcelain bust of Berta Hummel in a thrift store.

Hummel was the nun famous for her child illustrations that became the basis for the Hummel figurines many of us saw in our mothers’ and grandmothers’ homes.

I saw people sneering at Hummel’s bust. Or say it scares them.

Let’s look at his backstory.

On the surface, the art of Berta Hummel, the German nun known as Sister Maria Innocentia, is cute and innocent – playing children, Nativity scenes, and more. 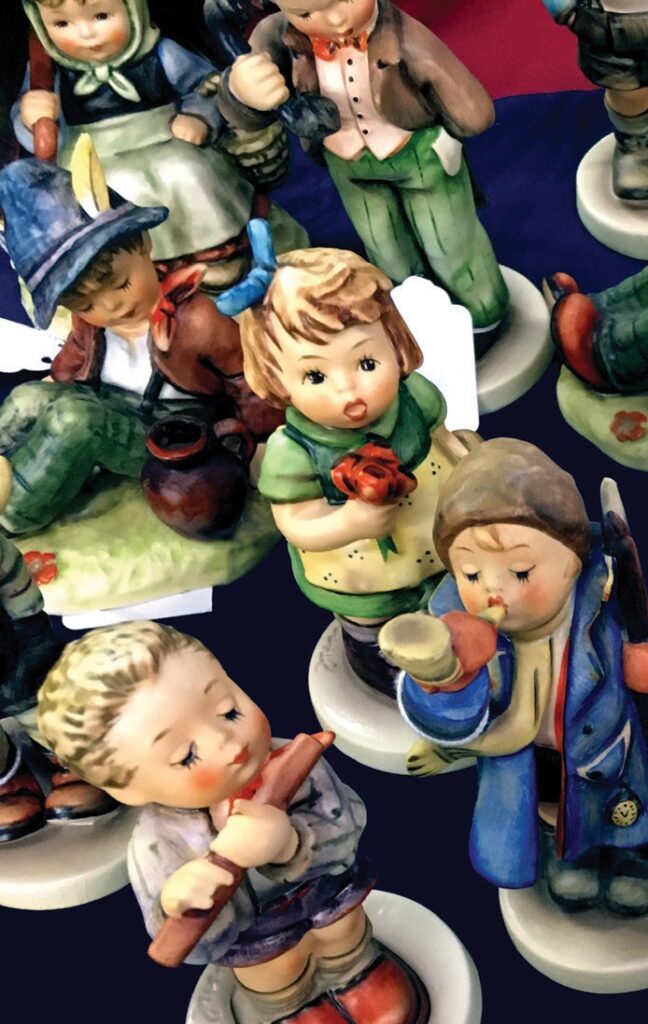 Goebel figurines that were ubiquitous in homes across America, especially in the years following World War II, when American servicemen and their families brought porcelain figurines back to several generations of wives and mothers .

But Berta Hummel used her seemingly naive art to polish Nazis before and during the war.

According to Collectors Weekly, she drew the ire of Hitler himself when she created “The Volunteers”, a painting depicting boys sent to war with the phrase “Dear Fatherland, peace be!” Hitler and other Nazi officials reportedly objected to the portrayal of young Germans as “brainless sissies” with “hydrocephalic heads”.

She continued to use Jewish symbols such as the menorah and the Star of David as motifs in her work, although the German government banned the sale of her work during the war and virtually closed her convent, leaving the nuns who remained without income. little food and no heat.

Hummel, who had returned home to her family, dedicated herself to her order, the Congregation of the Franciscan Sisters of Siessen, and returned to live with the remaining sisters. She contracted tuberculosis and died in 1946 at age 37.

After the war, Goebel continued to manufacture the figurines and other fantasy pieces at its factory in Rödental, northern Bavaria, until 2008 when the factory closed. Another company, called Rödental, took over the manufacture of the parts. Other companies also received limited licenses to manufacture their versions of the Hummels, including the Danbury Mint. It’s worth doing some research when buying them – figures currently made by Rödental number in the hundreds on the collectors club website, www.hummelgifts.com.

It’s interesting, given that the secondary market for Hummels and other Goebel figures has dropped precipitously over the last decade or so, as mothers and wives of another generation died, leaving their figurine collections to descendants who often see them as a mess. I’ve heard antique dealers jokingly offer to set up Hummel figurine shooting galleries at local shows in an effort to clear inventory.

The values ​​of antiques and collectibles rise and fall as tastes change, and I predict that the market for Hummels and other characters will eventually return as our descendants mature and learn to appreciate the whimsy that captivated their grandmothers half a century ago and more. ¦