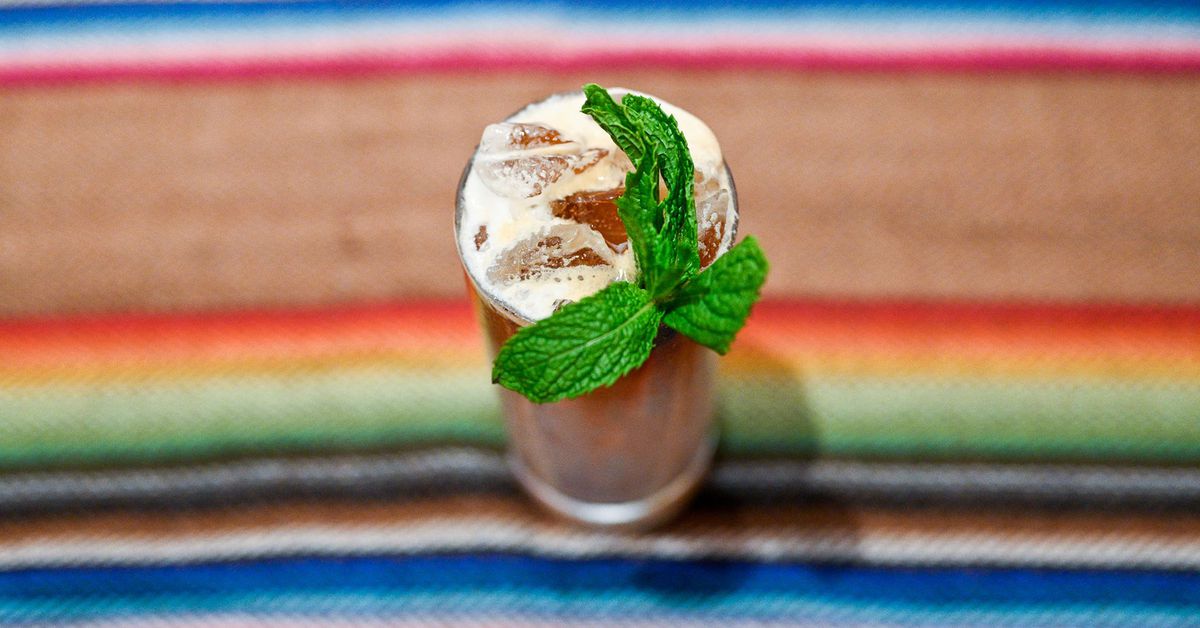 A new pop-up cocktail bar in Adams Morgan aims to give the vibrant nightlife district a taste of the drinks, food, sights and sounds of the Andean Plateau in South America. Siblings Carla and Juan Sanchez, who grew up in the Bolivian capital of La Paz, presented Casa Kantuta inside the vegetarian restaurant Spacycloud (2309 18th Street NW) Thursday July 8th. The pop-up, which includes savory Bolivian pies and a weekend retail market, will run until August 8.

Luis Aliaga, assistant general manager and bartender of Roy Boys, created the cocktail menu for Casa Kantuta. Aliaga, who has Bolivian and Venezuelan roots, draws on Singani, a muscat grape brandy which has the reputation of being the national spirit of the country. Half a dozen drinks ($ 12 to $ 13) are named after cultural touchstones. Pachamama, named after the Inca deity representing mother earth, Rujero Singani blend, cognac, Cynar aperitif, pear brandy and cinnamon bark syrup. A more modern Angry Llama adds tequila and jalapeÃ±o syrup to the singani base “because I love spices,” says Carla Sanchez, the lifestyle blogger behind the influencer Instagram account. @spicycandydc and an accompanying social media agency. Drinks are available Thursday through Saturday from 7 p.m. to 2 a.m. The weekend markets and brunch are from 11 a.m. to 3 p.m. Saturday and Sunday.

On Saturday and Sunday afternoons, Casa Kantuta will serve salteÃ±as, a traditional street dish similar in shape to an empanada, but filled with savory stews. A lightly sweet dough envelops creamy potatoes, eggs, olives, and chicken or beef. The snacks come from Maria Helena, originally from La Paz, who owns Saya SalteÃ±a.

On weekends, Casa Kantuta will also host a mercadito, or market selling products from BIPOC manufacturers (black, indigenous, people of color), including clothing from Bolivian designer Sarah Christie. The soundtrack is a retro throwback to early ’90s hip-hop – when the Sanchez family immigrated to the DC area – and R&B mixed with Reggaeton, Cumbia Villera and traditional Bolivian tunes.

Carla Sanchez decorated the bar to make it an â€œimmersive cultural environment,â€ she says. Bowler hats and textiles hang on the walls, both native cholita style. Ekekos, the mustached ceramic figurines that represent luck and prosperity, sit on shelves next to framed art and pictures depicting life in La Paz. Photos of the Sanchez family also dot the space, surrounded by gold accents depicting the Bolivian mines. Casa Kantuta takes its name from the national flower of Bolivia.

Carla Sanchez calls the pop-up a clandestine bar because she wants to create an intimate atmosphere. â€œLa Paz is a mysterious and beautiful city,â€ she says, â€œand the environment of the sweatshop helps dedicate the space to our patria, or ancestors. “

â€œI put my heart and soul into this project,â€ Sanchez adds. “I hope the DC community embraces and admires Bolivian culture as we do.”

Update: Friday July 9 at 12:07 PM This story has been updated to reflect that Casa Kantuta no longer has a patio component