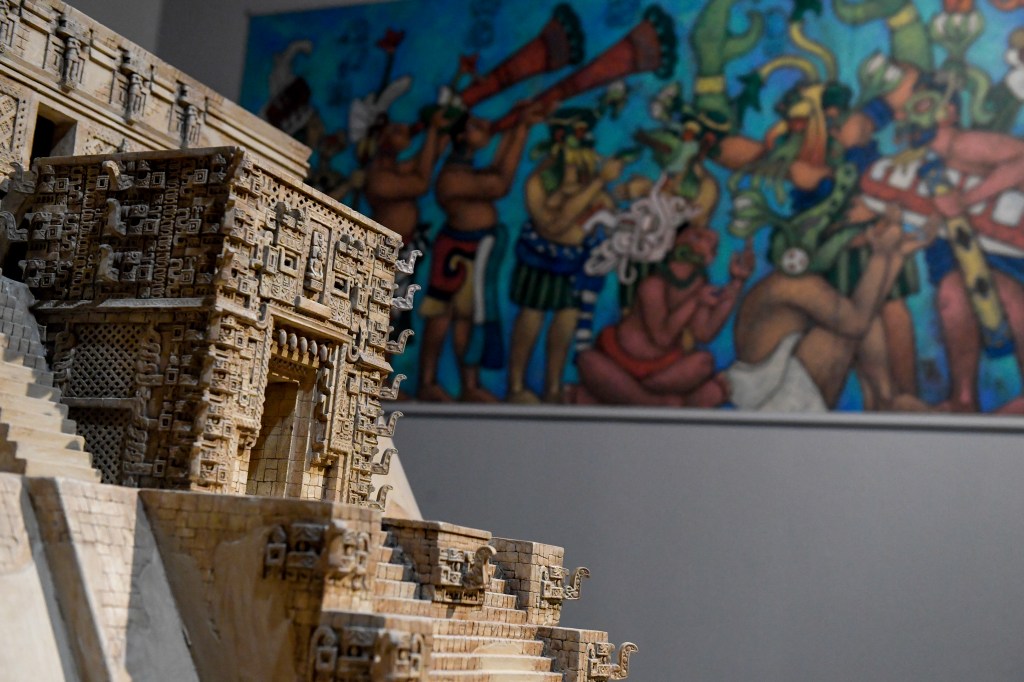 The Mayan pyramid at the Museo de las America is one of Denver’s most unusual treasures. Part artifact, part quirk, he’s easy to like but hard to categorize.

In some ways, the model is a throwback to the kind of object that dominated American museum exhibits, before they morphed into more professional acts.

Think of it like the wild animal dioramas at the Denver Museum of Nature and Science, or the scaled-down replica of downtown Denver at the Colorado History Center. All are nostalgic remnants of a time when curiosity, rather than high-level conservation, guided the programming of cultural institutions – more people’s choice than precious commodity.

And they never go away, at least not for long, as the return of the pyramid proves. It was out of sight for about a decade, but it’s back and part of the recently unveiled Gallery of the Ancient Americas which also displays items from the museum’s impressive collection of high-quality fonds – dating back thousands of years. – from Latin America. .

The pyramid is the star of the new show, if only because it’s big enough to fill half the room on its own. It measures around 6 square feet and weighs 500 pounds, according to executive director Claudia Moran-Pichardo. Visitors can take a tour for a 360-degree viewing experience.

What they see is a smaller but precise recreation of the Pyramid of the Magician, located in Uxmal, Mexico, on the Yucatan Peninsula. The five-level structure is detailed with tiny staircases and ornate decoration around the entrances and along its ledge, many of which bear images of Chac, the Mayan rain god. Viewers can see how its outer layer has eroded to reveal its blocky construction below.

At the same time, they can read how the pyramid served a vast civilization which at its peak of 600 to 1000 AD had 25,000 inhabitants, placing it among the largest metropolises on the early continent.

If you are going to

The original pyramid was over 130 feet tall and its facade was designed using thousands of precisely cut pieces of limestone. There are two stairs with two temples at the top, and it has been rebuilt many times over the ages.

The model has its own history, perhaps not as long but still interesting, and not all details are known, according to Moran-Pichardo. It was built in California in the 1930s by workers hired under the Works Progress Administration and sort of ended up in the Denver Art Museum.

“I was told it was at the Denver Museum of Nature and Science once,” Moran-Pichardo said. “Information was lost during the transition.

The object was a strange fit for DAM’s art collection, and it was donated to the Museo de las Americas. Denver artist Emanuel Martinez was hired to renovate it in 1994; it was brought back for touch-ups for the current resurrection.

The museum has presented the pyramid to the public in the past, although it has been a somewhat inconvenient object there as well, as the institution has experienced personality changes over the years, alternating between its role as presenter of objects of its 3,500 -the collection of objects and its role as the primary local showcase for contemporary art by living artists from across America.

About a decade ago, that pendulum shifted to contemporary art (and, frankly, to a more believable range of museum offerings), and a wall was built around the pyramid.

“A lot of people forgot about the piece,” Moran-Pichardo said. “It was still there, but it was hidden.”

Lately the museum has decided to embrace the pyramid. What he may lack in conservation integrity he makes up for with his own story, telling stories about the ancient world but also about this country and the Museo de las Americas itself.

The museum used a grant from the ACTS Community Fund of the District Science and Cultural Facilities to renovate a space to display the pyramid, as well as several display cases filled with objects from the collection for the temporary, but long-term display, “Tiempo y Lugar “(” Place and time “).

These objects are both rare and captivating, and the museum has organized them into four sections:

Simple descriptions of the objects are provided through the text on the wall and more in-depth backgrounds on civilizations and eras can be accessed by phone using QR codes placed throughout the gallery.

But it’s a transformation for the institution, and it changes the way museum visitors will experience it. The museum still reserves a lot of space for contemporary art, although this shifts the balance towards a more archaeological programming for those who walk through the doors. It’s a careful mix, and maybe confusing, but it works.

It also reflects the dual personality of the museum, which has always made it unique among the region’s cultural offer. The Museo de las Americas has changed focus over time, but has always stuck with the idea that a museum can do several things at once. It can focus on the past and, at the same time, provide a first draft of the historical present. It is a quirky place by design.

Subscribe to our weekly newsletter, In The Know, to get entertainment news straight to your inbox.