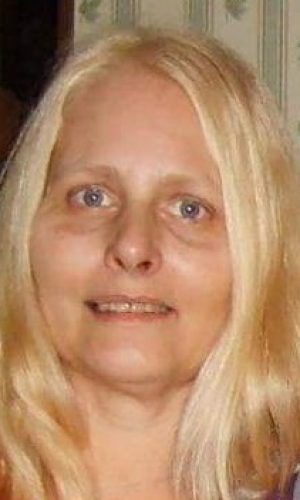 Diane Carol Shuler Hays, 64, of Marysville, died unexpectedly on Monday January 10, 2022 at Methodist Hospital in Dublin. A 1975 graduate of Marysville High School, she worked for a short time as a nursing aide after graduation. A bartender for many years, she also obtained a certification in cosmetology. She loved NASCAR and enjoyed following professional football, especially the Cleveland Browns. She enjoyed collecting jewelry, elephant figurines, porcelain dolls and Barbie dolls. She loved her family very much and especially loved being a grandmother. She was born on March 11, 1957 in Marysville. She is survived by her sons, Arron (Michelle) Reed of Hurricane, West Virginia and Jonathan (Chasity) Troyer of Plain City; his mother, Shirley Kirby Shuler of Marysville; his father, Dwight C. Shuler of Daytona Beach, Florida; his grandchildren, Caitlynn Reed, Garrett Pitz, Kolten Black, Chloe Black, Omair’ Troyer and Charity Troyer; a great-granddaughter, Scarlett Pitz; his brothers, Darren (Teri) Shuler of Marysville and Craig (Jacqueline) Shuler of Marysville; and nieces, nephews and great-nieces and nephews and many friends. Funeral services will be Friday, January 14, 2022 at 1 p.m. at Underwood Funeral Home where family will receive friends beginning at 11 a.m. Interment will take place later in Oakdale Cemetery. The family asks that masks be used. Memorial donations can be made to a food bank of choice. Condolences can be expressed to the family at www.underwoodfuneralhome.com.

Behind the Book Collections | UDaily