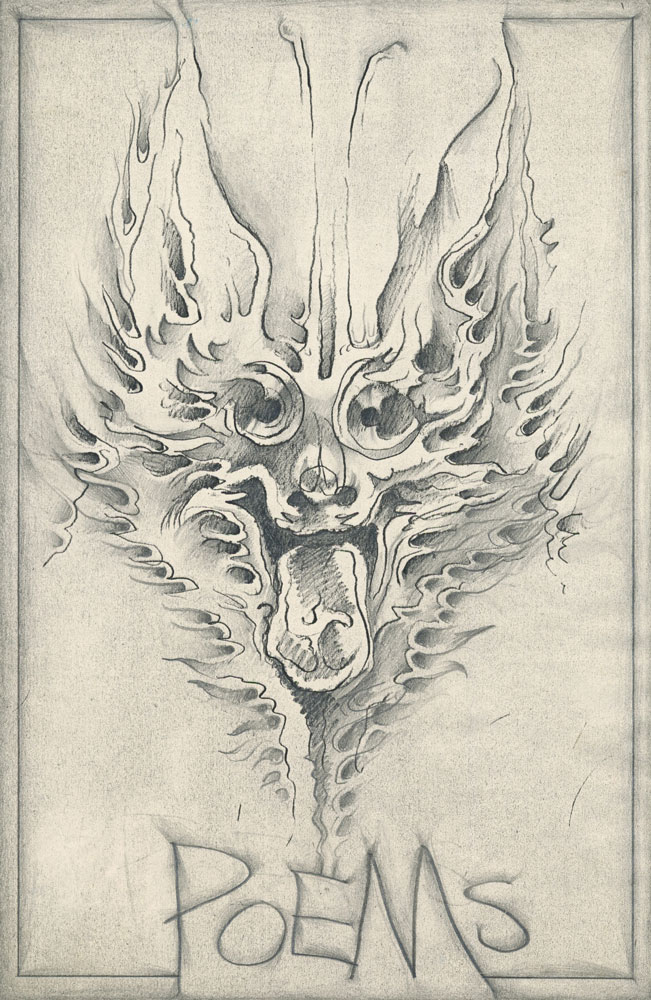 Today, Martin Wong (1946-1999) is arguably best known as an unflinching chronicler of a bygone era in New York’s Loisaida neighborhood, his meticulous renderings of seemingly unimportant details of the material world, such as walls of bricks or chain-link fences, and, of course, his adaptation of the spelling gestures used in American Sign Language. Whereas dream mushrooman exhibition of Wong’s diverse artistic output prior to his move to New York in 1978, features none of these characteristic motifs, the artistic visions assembled at Berlin’s Buchholz Gallery apparently created the spores that would inform Wong’s later work: the stylized lettering of the poems on long rolls of rice paper anticipates his interest in expressive systems of symbols and signs, the painted bricks of his famous paintings find a sculptural equivalent in ceramic figurines (bricks are subsumed under the category ceramics), and his portraits and cityscapes already exemplify a deep appreciation for the mundane and often overlooked facets of contemporary urban life.

Born in Portland, Oregon, as the son of Chinese immigrants, Wong moved to Eureka, California in 1968 to study ceramics at Humboldt State University. Given both his calligraphic work on rice paper shown in Berlin and the fact that he authenticated these and other early coins using a personalized stamp spelling “Dream Fungus” in Chinese characters, this early interest in the ceramics could have been another way to build on one’s own heritage and update a millennial tradition of Chinese culture, especially in the face of lingering anti-Chinese sentiment. Incidentally, in 1966, while Wong was enrolled in an architecture program at the University of California, Berkeley, the new Asian Art Museum opened in a wing of the de Young Museum in San Francisco to display the collection. by Avery Brundage, which also included thousands of ancient ceramics. from different regions and periods. While Wong’s sculptures admittedly don’t have much in common with these historic artifacts – many pieces on display at Buchholz look more like some sort of alien cavities – a series of so-called “love letter incinerators” allows certain remote associations with Chinese censers. These objects were traditionally used to burn incense for medicinal or ritual purposes, but the act of burning itself has been considered an artistic practice called xiangdao. Perhaps Wong’s two-legged creature-censers, each fitted with a moveable door for better combustion, combined it all: as an artistic means of comforting or healing a broken heart through the ritualized burning of letters of love.

But his “Incinerators” also testify to an artistic practice driven by the immediacy of his lived experience and his sensitive interaction with the communal world around him, which becomes more evident in the graphite drawings on display that articulate a sort of personal love letter. to the town of Eureka. Originally established in the 1850s as a supply post for the booming gold mining industry, the town of Eureka flourished as a profitable lumber industry hub due to its location in the forest. coastal redwoods and its control of major port facilities. Due to the ever-increasing demand for timber, a bustling commercial district with ornate Victorian-style buildings, today’s historic Old Town, sprang up close to the waterfront. For nearly a century, this area appeased the creeping aspirations of locally employed lumberjacks and sailors on leave with numerous saloons, cabarets and brothels. In fact, the still-busy fishing and lumber industries kept bars and sex workers buzzing until the 1950s, when this area, still home to a large working-class population, began to attract a diverse community of artists. However, in the 1970s, when the old town was dilapidated and its streets were lined with vacant lots as well as empty storefronts, the city government embarked on a so-called redevelopment of the neighborhood.

It was at this time that precisely these more shabby sides and sites of the old town and waterfront became the subject of Wong’s art. As he noted in the introduction to a rare 1976 catalog of his drawings, his Eureka sketchbook depicts parts of the city that city officials don’t want you to see. His subjects, therefore, were not the architectural, but dilapidated, splendours of Victorian homes or the sublime views of Humboldt County’s coastal redwoods, but rather ordinary, uncrowded places like roadside attractions, restaurants, cheap motels and liquor stores. Located primarily on a commercial strip along Route 101, these seemingly unimportant places, which could be located almost anywhere in the United States, were yet significant as common spaces for local residents – among them Wong himself, as he pointed out in 1977 when he said that “Downtown Eureka is a bit like my living room [… and] I really object to them tearing it apart faster than the eye can see.

Taken are, in the show at Buchholz, besides the portrait of a violinist named Gary Smith (Gary Smith, time and date unknown, playing Soldier’s Joy, California. 1975), three views of Eureka by Wong’s Sketchbook: Sabrina Pizzeria (1976), Pete’s Supermarket Liquors (1977), and World famous stock house (circa 1976). None of these places exist anymore, they have been victims of the redevelopment plans and the resulting displacement of the working-class communities of Eureka. The drawings seem to give a premonition of this fate: while each performance buzzes with advertisements, we are their only recipient because no soul wanders the streets of downtown Eureka, the living room is already swept away.