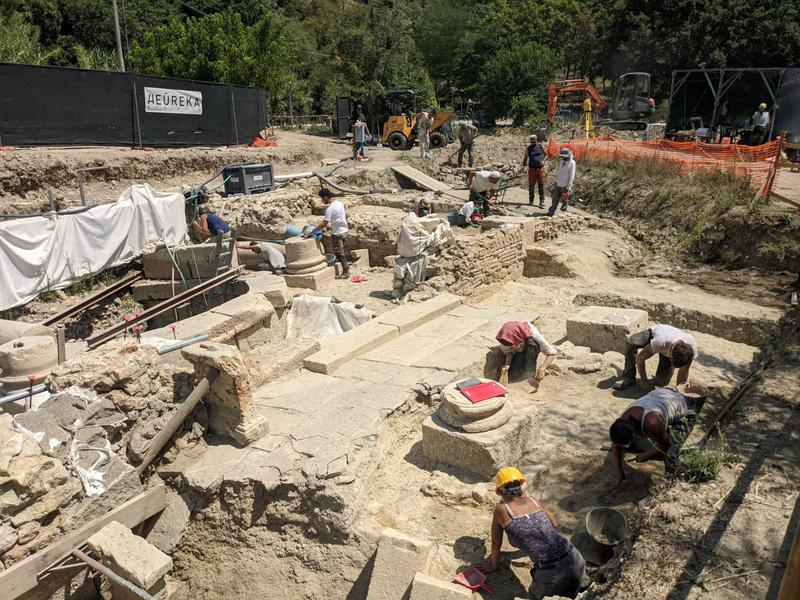 ROME (Reuters) – Italian archaeologists have found more than two dozen beautifully preserved bronze statues dating back to ancient Roman times at baths in Tuscany, in what experts hail as an “exceptional” find.

The statues were discovered over the past two weeks in San Casciano dei Bagni, a hilltop town about 160 kilometers (100 miles) north of Rome where archaeologists have explored ancient ruins for the past three years.

“It is a very important and exceptional find,” Jacopo Tabolli, assistant professor at the University for Foreigners of Siena who heads the archaeological project, told Reuters on Tuesday.

Tabolli said the statues – which Italian news agency ANSA says are 2,300 years old – adorned a shrine before being immersed in thermal waters, in some sort of ritual, “probably around the 1st century AD. “.

“You give to the water because you hope the water will give you something back,” he said of the ritual.

Italian Culture Minister Gennaro Sangiuliano also hailed the discovery, which he said should give tourism a boost.

“It is an exceptional discovery which once again confirms that Italy is a country of immense and unique treasures,” he said in a statement.

The statues were covered in nearly 6,000 pieces of bronze, silver and gold, and the warm waters of San Casciano helped preserve them “almost like the day they were submerged,” Tabolli said.

The archaeologist, an expert in Etruscology and Italic archaeology, said his team had found 24 large statues, as well as several smaller statuettes, and noted that it was unusual that they were made of bronze rather than terracotta .

Tabelli said this suggested they came from what he called an elite colony.

According to ANSA, which first reported on the find, the statues were transported to a restoration laboratory in Grosseto, another Tuscan town, but will eventually be returned to San Casciano dei Bagni for display in a new museum.