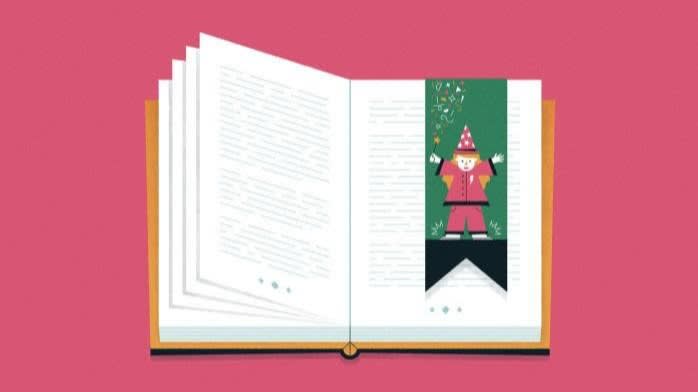 Sign up for myFT Daily Digest to be the first to know about the latest from Books.

Let’s start with a pair of detective stories. The first is The five indices (Crown House, £ 6.99) by Anthony Kessel, who debuts a series called Don’t Doubt the Rainbow. Alexandra Franklin, a human rights activist, is killed under suspicious circumstances, but has left her 13-year-old daughter Edie with a chain of clues leading to evidence that will unravel the mystery of her murder and name the culprits. It’s all linked to a dubious pharmaceutical company and an influenza-like virus that has claimed several lives in Vietnam.

Coming from a non-fiction publisher with a focus on education, self-help and personal development, the novel has a strong emphasis on a psycho-spiritual approach to mental health known as the Three Principles. While not badly written, the book carries a hint of nobility, making the whole thing more educational than entertaining.

Much more fun is Sylvia Bishop’s The midnight thief (Scholastic, £ 6.99). It’s an old-fashioned thread (in every way). Young rebellious Freya is brought in to investigate the theft of seven ivory dragon statuettes which are of great symbolic importance to the girls’ boarding school she attends. She is aided in her endeavors by Esmie and Daniel, the twins of a wildlife expert called in to deal with a bat infestation.

There may not be anything surprisingly original here, but Bishop does it with humor and aplomb and, for good measure, sprinkles the book with some interesting observations on animal behavior.

Animals – sea creatures, to be precise – abound in Richard Pickard’s book The special story of the sprawling boy (Chicken House, £ 6.99). The seaside town of Merlington is dominated by its fishing industry, and every inhabitant has a name associated with marine life and speaks in a dialogue packed with puns about the fish.

Young heroine Marina Minnow, however, is more interested in making up stories than anything else. That’s why no one believes her when she claims to have met a boy named William with crab claws for his hands and tentacles for his hair.

William does exist nonetheless, and proves to be a skillful helping hand in preparing sashimi, among other things. At the same time, his presence throws Merlington into disarray, with buried secrets emerging as rocky shoals exposed by the ebb tide.

This debut novel, which found a route to publication by winning the President’s Choice Award in the Times / Chicken House 2019 Children’s Fiction Competition, is a touching and engaging study of the pleasures and pitfalls of the underdog.

The main character of Alastair Chisholm is no less an outsider Adam-2 (Nosy Crow, £ 7.99). It’s a boy-like robot that’s been trapped in a basement for over two centuries as a war between humans and AIs – known as Funks, short for Functional Consciousness – rages on.

Discovered by a pair of teenagers, Linden and Runa, Adam-2 finds himself in a dilapidated and dystopian Edinburgh where the tired and dilapidated remains of both factions continue the fighting. With his loyalties divided, he must decide not only which side he belongs to, but also how to best end the conflict, if he can.

It is a dark, well-done science fiction that addresses issues such as free will and identity, reflected in both Adam-2 and Linden, which is not binary and referred to as the pronouns ze / hir.

Anyone looking for SF of a lighter shade, however, would be advised to try How to survive without adults (Simon & Schuster, £ 7.99). Larry Hayes’ debut novel goes well as it tells the story of Eliza and her genius younger brother Johnnie, whose parents abruptly leave home one day after being selected for a Mars colonization mission. The siblings, realizing something is wrong, cross the ocean aboard a motorized, navigable couch to the island where the rockets are to take off.

Add in a megalomaniac billionaire, unruly pet dog, vampire squid, and an angry narwhal, and you have an exuberant and shameless adventure adventure.

And finally, four picture books, each in its own informative and heartwarming way. The book of labyrinths and labyrinths (Prestel, £ 14.99) by Silke Vry and Finn Dean is a historical investigation that also cleverly frames its subject matter as a metaphor for life.

Ergo (Walker Books, £ 12.99) by Alexis Deacon and Vivienne Schwarz is a living fable about a chick in an egg, fearing its loneliness and limitations until it hatches, when it discovers a community in the form of other chicks.

The happiness of a dog with a bullet in the mouth (Enchanted Lion Books, £ 13.99) by Bruce Handy and Hyewon Yum is a beautifully rendered study in contrast, showing how each negative has its corresponding positive.

Shadow elephant (Enchanted Lion Books, £ 13.99) by Nadine Robert and Valerio Vidali presents a sad blue elephant who cannot be cheered up by the antics of his animal friends. It is only when he decides to help a sad mouse that he rediscovers the purpose and the joy. The lesson here, delicately expressed, is that compassion for others is an effective remedy for melancholy egocentricity.