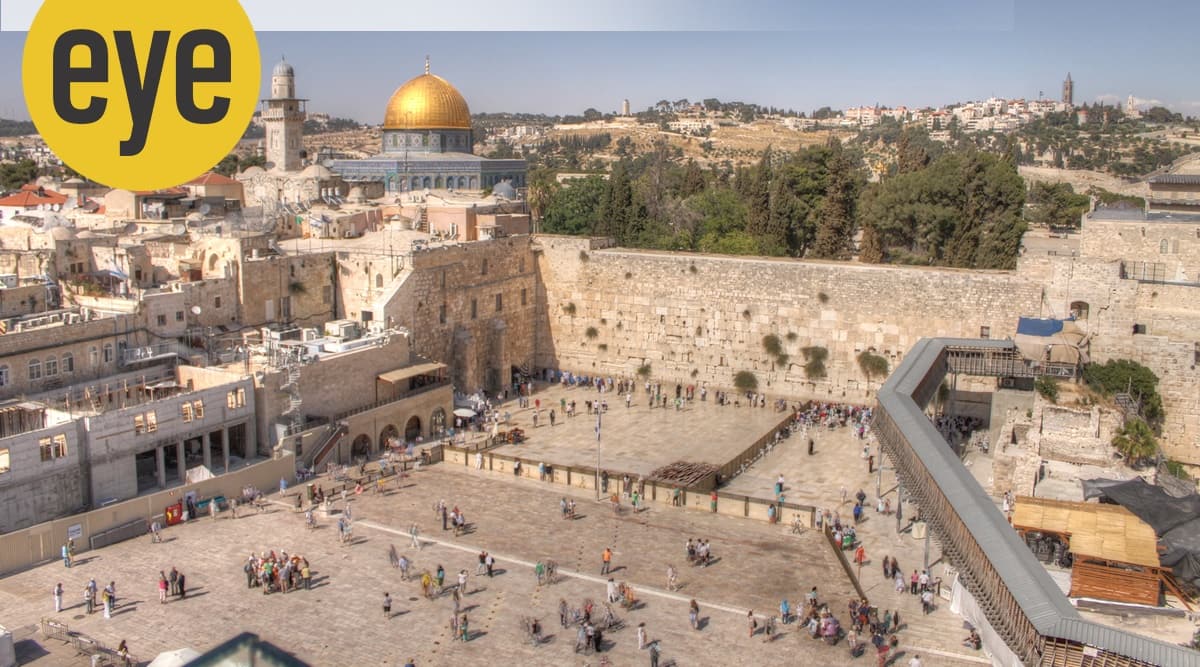 As you stream in Sultan’s Pool, the open-air location of the opening film of the Jerusalem Film Festival (JFF) 2022, you are aware of the duality so present in this marvelous city: antiquity and modernity. The grand amphitheater is said to date back to Roman times, and here we are about to watch Ruben Ostlund’s Cannes winner Triangle of Sadness, a film about the repercussions of 21st century hedonism. It seems both bizarre and perfectly fitting that in this place, wherever you go, the old and the new mix and blend, making for a unique experience.

The idea is to savor the films and the location in a concise but comprehensive programme, which ensures that we do both equally. And we dive into it with enthusiasm from Day 1, which begins with a visit to the Old Town. We go back in time as we step inside. Narrow lanes lead to Jewish, Muslim and Christian quarters, each very different in flavor and look, each with a lively population navigating the changing complexities of the area.

Nothing I read matched the actual experience, as we stopped in front of a colorful mural filling the entire wall (apparently a great ‘selfie point’, which we duly took advantage of); stroll near the remains of the walls surrounding the city and the shops filled with objects and dried fruits. It’s the kind of old quarter you’ll find across the Middle East, but here in Jerusalem you can feel the weight of myth, history and conflict at every step.

Here is the beginning of the Via Dolorosa (the path of tears), where Christ would have walked, on the way to his crucifixion. Before you is the Church of the Holy Sepulchre, with a pointed spire of sunlight streaming from the open dome. And now we are at the steps leading to the Al-Aqsa Mosque, which we can partly climb for a glimpse, as only Muslims are allowed to enter. And then we stop at the Western Wall, a holy place where Jews pray and place their “wishes” in the crevices of the wall. I place one of mine and stand there for a minute, absorbing the dizzying mix of sights and sounds, before heading out for a delicious hummus-pita-kebab lunch with Daniella Gefen, our most knowledgeable guide, and Matias Sakkal, our friendly and always helpful host.

It takes considerable effort to immerse yourself in the present. Riches await you in the 39th edition of the JFF, firmly programmed, with more than 200 films spread over 10 days. The international competition section offers a selection of films from this year Cannes film festivalincluding David Cronenberg’s latest body-horror provocation Crimes of The Future, Jerzy Skolimowski’s quirky treatise on the wisdom of donkeys EO, Park Chan-wook’s crime thriller Decision to Leave, Kore-eda Hirokazu’s Broker, which may to be seen as a less effective, but still powerful companion to his 2018 film Shoplifters and Ali Abbasi’s black Iranian serial killer Holy Spider.

Photo from the movie June Zero

I repeat-watch a few, then I focus on films from Israel. It is interesting to learn that documentaries are popular, thanks to the interest of television viewers, solidarity television channels and subsidies, which allow filmmakers to embark on ambitious non-fiction projects. But according to the films that I have captured, the feature films are picking up again: Concerned Citizen by Idan Haguel, a tragicomedy on men and manners, Barren by Mordechai Vardi, on the struggles of an Orthodox Jewish couple to have a child, and Jake Paltrow’s June Zero, a moving account of a trio on the outskirts of the trial of Nazi war criminal Adolf Eichmann.

One of the highlights of my visit was an unplanned but utterly fascinating evening spent with the affable Shai S Sampson, the sole Israeli distributor of Indian films in Israel. He asks me if I would like to be present at the premiere of Ranbir Kapoor Shamshera in his theater in Netanya, located on the other side of Tel Aviv. I jump on his kind offer, and in the hour and a half driving to the Movieland cinema, he talks about his father Solomon Sampson, who emigrated to Israel in the early 60s and was a pioneer in the getting Bollywood movies. for the country. Shai also owns television channels that show Bollywood films not only in Israel, but in several countries in Africa and Europe; the UK, US and Canada are soon on the cards.

Mainstream TV pushed Bollywood films back to the 80s, but it’s still a lingering flavor among a certain generation of Israelis who grew up on Raj Kapoor movies, and which broke into the evergreen songs Mera joota hai Japani and Ichak dana from Shree 420 (1955) without much emphasis. Jerusalem Press Club general manager Uri Dromi gives us a hearty rendition of Ichak dana, as we’re shown around the impressive archives of the Cinematheque, the film festival’s venue.

On our last day, a visit to the Yad Vashem Holocaust Memorial Museum left us deeply shaken. We have seen many cinematic representations – the Oscar statuette for Spielberg’s Schindler’s List (1994) is on display – but the visit leaves you speechless, faced with horror, hope, resilience. This brings us to the end of a film festival that I won’t soon forget.

(The writer was part of a delegation of film critics invited by the Jerusalem Press Club to the 39th Jerusalem Film Festival, July 21-31)