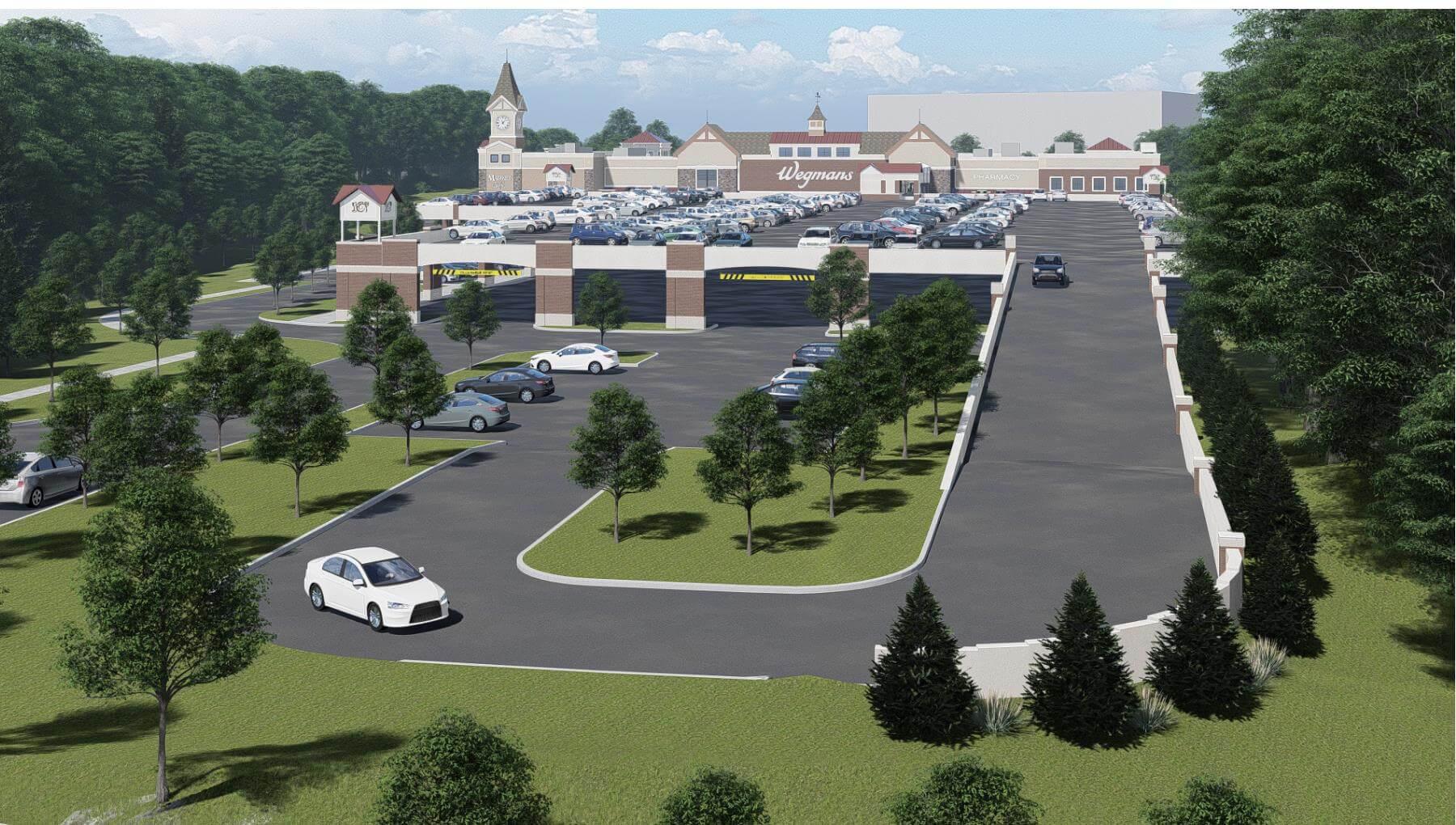 How Wegmans plans to build Connecticut’s first store in Norwalk

NORWALK — Wegmans, the New York-based grocery chain that this week announced plans to open its first Connecticut location on Richards Avenue, intends to demolish a former office building and two adjacent businesses before moving erect the new store, according to the plans submitted to the city.

According to an application submitted to the city’s conservation office, the upscale chain plans to build a 97,000 square foot store on 11 acres of land on Richards Avenue between Connecticut Avenue and Interstate 95.

Site plans filed with the city show that the chain plans to build a 255-space parking lot to complement the 319 additional parking spaces planned for the project. The two-storey garage will include spaces for electric vehicle charging stations and a pedestrian walkway connecting the garage to the store’s mezzanine.

A pair of existing retail buildings at 651 and 677 Connecticut Ave. will also be demolished to make way for a two-lane road connecting Connecticut Avenue to the parking lot. The demolished stores, according to plans, will be rebuilt later to flank the new roadway adjacent to the Bowlero bowling alley.

The proposal still needs city approval before work can begin at 47 Richards Avenue, the site of the planned store. As the property is located near a wetland, the project must first be approved by the conservation commission.

Alexis Cherichetti, senior environmental officer for the city, said the commission is expected to consider the request at its meeting on Tuesday.

If the conservation commission approves the project, the proposal will then go to the planning and zoning commission. The entire approval process, which will likely include a public hearing, could take months.

Wegmans offered no timeline for the start of construction or the planned opening. Marcie Rivera, spokesperson for the chain, said it usually takes a few years from when a store is announced to when it opens.

Site plans show that the store will be located virtually in the same location as the existing office complex. The building is owned and occupied by MBI Inc., which plans to move elsewhere in the city before construction on the new store begins, according to Wegmans.

It’s unclear when MBI, which makes a variety of collectibles like Danbury Mint-branded coins and porcelain figurines, plans to move. Company officials did not respond to requests for comment.

The office complex is still owned by MBI. The 107,000 square foot building, which was built in 1956, was purchased by the company for $6.2 million in 1986. The building and land are valued at more than $15.2 million, according to city ​​real estate records.

Cutting my hair for a movie is worth it — Mosunmola Adeleye