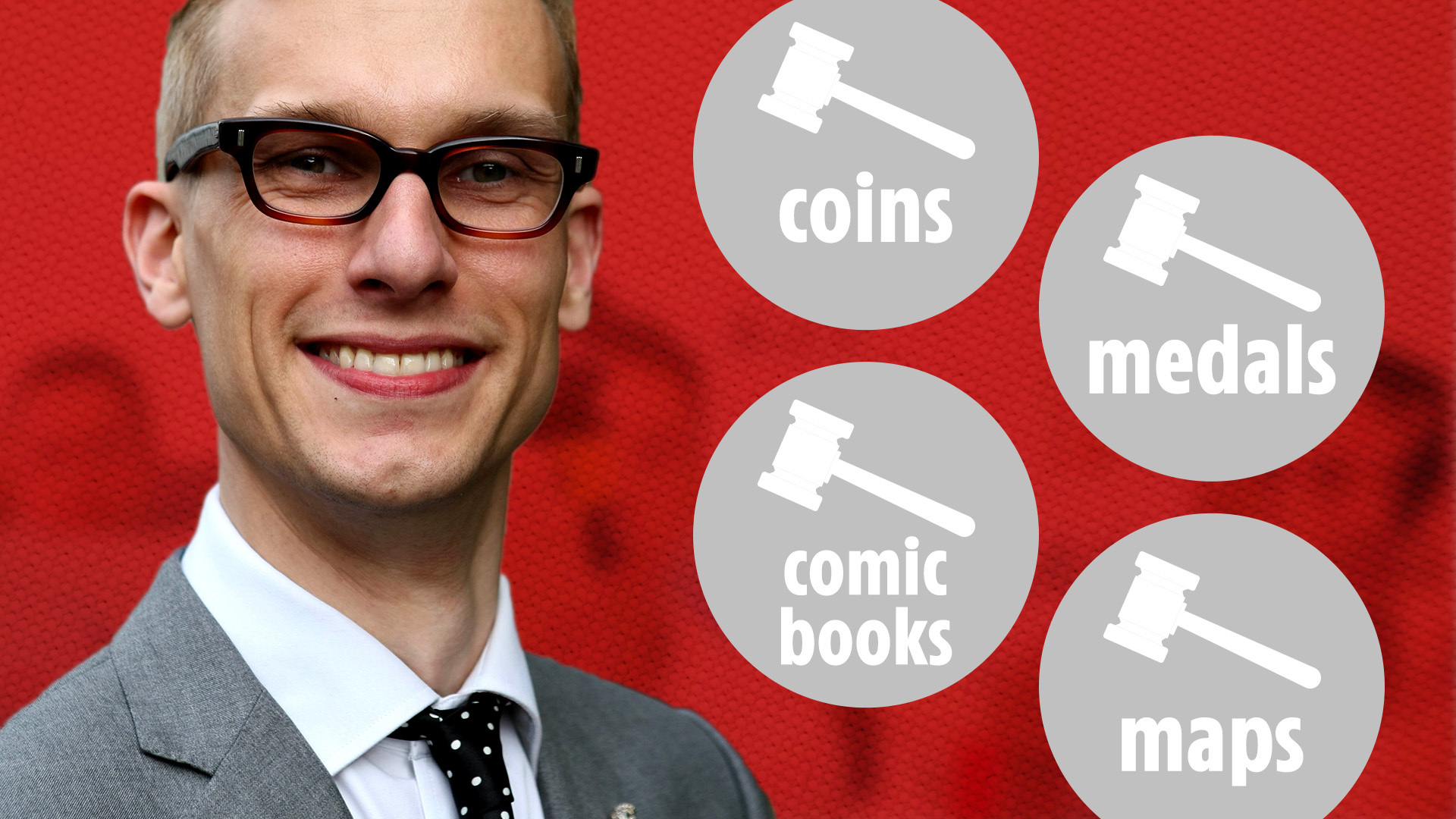 THEY say one man’s trash is another man’s treasure – so could those forgotten items in your loft be worth a fortune?

Antiques expert Mark Hill has revealed how much money you could make in the auction house by raiding your attic.

The Antiques Roadshow star has identified 10 valuables that could be gathering dust in your home.

From costume jewelry to early computer games, there could be a lot of money in your attic that you aren’t even aware of.

Mark says items that were once considered “standard by one generation, may seem extraordinary to the next.”

He added that it’s a combination of condition, age, rarity and desirability that makes an item valuable.

“A lot of people who furnish their homes don’t want things they grew up with – but what Granny had is now cool,” he says.

Along with rarity and fashion trends, supply and demand are key factors that will determine how much your forgotten treasures might fetch.

“If supply is low and demand is high, prices go up – often dramatically if the item is ‘trendy’.

“Similarly, if demand is low and supply is high, prices fall,” says Mark.

He shared 10 mundane items that might be worth way more than you expected.

Popular names from the 1930s are highly desirable, according to Mark.

These include vintage items from American jewelry designer Miriam Haskell.

Her necklaces are currently selling for up to £3,400.

So raid your old jewelry box for necklaces and earrings that you forgot about or thought were junk – they might actually be a diamond in the rough.

While a medal’s condition is important in the auction room, the significance of its history is often more valuable, Mark says.

A Distinguished Service Cross – a military decoration awarded to officers in the British Armed Forces – sold for £120,000 in 2011.

Even if you don’t have any medals in the loft yourself, you can keep an eye out for them at garage sales.

Mark says it’s worth checking your libraries to see if you have any valuable first editions hidden behind new books.

Harry Potter first edition books are known to sell for a staggering £80,000.

And it’s also worth checking out if you own lesser-known titles like The Very Hungry Caterpillar.

A first edition of Eric Carle’s popular children’s book has already sold for £2,439.

While you may have ditched your paperbacks in favor of a Kindle or tablet, be sure not to ditch your physical copies as they may soon become priceless classics.

If you collect coins in your spare time, your hobby might just pay off.

You can get an idea of ​​how rare your coins are by checking how many of them are in circulation using sites like ChangeChecker.

Browse eBay to see how many similar pieces have already been sold.

Your old childhood comics could be worth a small fortune at auction.

It is the most expensive comic ever sold.

Your old Beano and Dandy editions might not fetch as much, but they might appeal to collectors.

So check your library or loft for forgotten Ordnance Survey maps or other niche finds – if you think you’ve found something of value, you can seek the advice of a local auctioneer.

Modern and contemporary art is as popular today as it has ever been.

The value of these types of work can start at £1000 and increase significantly over time.

If you think you have a particularly unusual piece hidden away in your home, consider taking it to a qualified specialist to help determine its value.

Knowing who has owned it before and who the artist is can help determine how much money the art might fetch at auction.

There can be a huge market for vintage glassware, Mark says.

But the popular vases from the 1930s are particularly valuable – and you may only have one at home.

You can use online price guides to help you categorize your antiques and discover their potential value.

Antique ceramics can be worth thousands of pounds and are relatively affordable to collect.

Mark says: “It’s worth checking your cupboards for antique Royal Doulton pieces, like the dogs, which could be worth well over a
A thousand pounds.”

Rare pieces of tribal art can be very
valuable.

Some tribal figurines are currently listed on online auction sites at over £400.

If you don’t own any tribal art, you can visit flea markets or car boot sales and see if they have any treasures for sale.

A collector has been ‘stunned’ after discovering a ‘scary’ tribal mask he found at a flea market was actually worth up to £5,000.

It’s also worth considering checking out online marketplaces like eBay to see if you can make hundreds of dollars from your unwanted junk.

And according to Ebay, you could pocket up to £1,106 if you choose the right items to sell.

Selling your unwanted belongings at a car boot sale is also a great way to make some extra cash.

You could walk out of the sale with hundreds of books, but this guide from The Sun has some tips to make it easier.

Sofia Vergara turns 50: See her sexiest and most spectacular looks over the years | Gallery