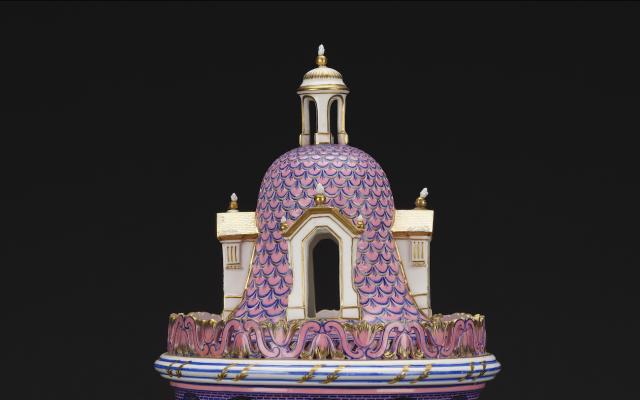 The next series of galleries will be devoted to The beauty and the Beast (1991), which Walt Disney himself had suggested for animation in the 1940s and 1950s. The famous tale was first published in 1740 by Suzanne-Gabrielle Barbot de Villeneuve, although a later abridged adaptation (1756) by Jeanne-Marie Leprince de Beaumont is better known. This expansive section will explore the subjects of anthropomorphism and zoomorphism in 18th-century French literature and decorative arts, Disney’s satirical take on Rococo fashion, the interiors of the film’s enchanted castle, and the design and l animation of the Beast and other characters. We will see a touching 16th-century portrait on loan from Ambras Castle in Innsbruck, Austria, of Magdalena GonzÃ¡lez, who has been associated with the history of The beauty and the Beast for generations. Young Magdalena had a genetic disease that covered her whole body with an unusual amount of hair; the story of her and her family was one of alienation and oppression. Preparatory film sketches shown alongside 18th-century clocks, candlesticks and teapots (evoking the characters of Cogsworth, LumiÃ¨re and Mrs. Potts from the film) will illustrate how Disney animators and Rococo craftsmen sought to give life to that which is essentially inanimate. Highlights include a pedestal clock by AndrÃ© Charles Boulle, gilded bronze candlesticks by Juste-AurÃ¨le Meissonnier and the first teapots by Meissen, including an anthropomorphic depicting a bearded man riding a miniature dolphin, as well as a pair of SÃ¨vres elephant vases designed by Jean-Claude Chambellan Duplessis. Special attention will be given to the transformation scene of Beast, hosted by Glen Keane and inspired by sculptor Auguste Rodin The Bourgeois of Calais, as well as the stage of the ballroom, whose vast architectural decoration is inspired by the Hall of Mirrors of Versailles. Finally, an exhibition “Be Our Guest” will evoke the way in which glittering silver and porcelain buffets were part of the festivities in Versailles and in other European courts.

The final section will examine the architecture of Disney, particularly the fairytale castles which are central focal points in many Disney movies and theme parks. While fantastic buildings exist outside of actual periods and styles, Disney artists were heavily influenced by French and German architecture when creating their sets, especially for amusement parks. A presentation of concept art from Walt Disney Imagineering will illustrate such Disney architectural designs and historical comparisons, such as the 16th-century Loire Valley castles and 19th-century Neuschwanstein Castle in Bavaria. The centerpiece of this section will be the first bird’s eye view of Disneyland, famously drawn by Herbert Ryman under the direction of Walt Disney over a weekend in the fall of 1953, as well as the only two pairs of so-called Tower vases. , manufactured by SÃ¨vres around 1762-1763 and likely to be reunited for the first time in history. These vases, like Disney’s castles, were designed to inspire viewers to let their imaginations run wild.

On the Green: Passing on our personal heritage | Lifestyles