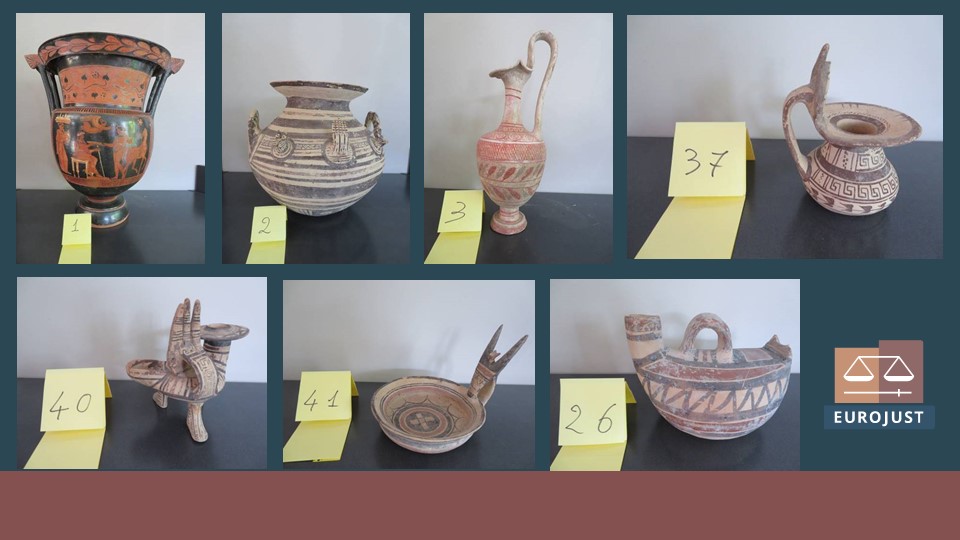 Italian authorities have recovered nearly 800 archaeological finds from a Belgian collector worth a total of 11 million euros (approximately $ 13 million). The oldest pieces in the collection date back to the 6th century BC

The treasure trove of artifacts includes painted vases, amphorae, black glazed ceramics, and several terracotta figurines. They were searched illegally in Puglia, a region in southern Italy, according to the Carabinieri police division responsible for the protection of cultural heritage.

Among the works recovered is a limestone funeral tablet known as the Daunian Stele. The Daunians were an Iapygian tribe who inhabited what is now Puglia from the late 8th century BCE to the 6th century BCE

The team behind the recovery had been preparing for the operation since 2017, when an Apulian state archeology laboratory found the Daunian burial stele listed in a catalog for a show in Geneva. The work has been credited as belonging to a “rich Belgian collector”, reports Agence France-Presse.

Laboratory officials noticed that a large piece of the tablet illustrated in the catalog was missing in its center, and a fragment of a Daunian stele from the collection of the Archaeological Museum of Trinitapoli in southern Italy representing a shield and a warrior on horseback seemed to complete the work.

The find gave police a reason to search the collector’s home in Antwerp, leading to the incredible find. “During the research, a real ‘archaeological treasure’ was recovered, consisting of hundreds of figurative ceramic finds from Puglia and other Daunian stelae, all illegally exported from Italy, which were then seized in Belgium”, the riflemen said in a statement. .

Eurojust, the European Union Agency for Judicial Cooperation in Criminal Matters, coordinated the joint operation between the Italian and Belgian authorities, who have since repatriated the entire collection to Italy. A series of legal appeals filed by the collector were dismissed.