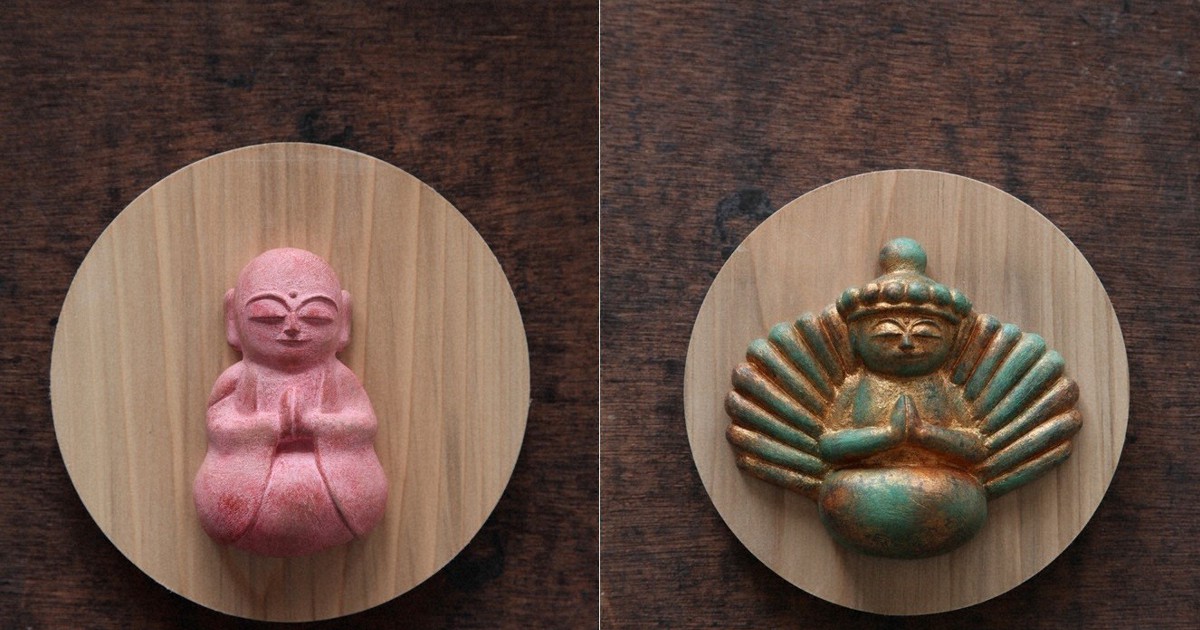 YAMATOKORIYAMA, Nara – A sculptor in this Japanese city creates modern versions of small dish-sized plaques bearing the image of the Buddha, and the cute little figures have attracted a social media audience.

Shun Nakamura, 31, created “kake-botoke” – literally “hanging Buddha” – which would have been hung on the walls and columns of temples and shrines, and worshiped in ancient times. Nakamura’s works will be exhibited during his solo exhibition in Tokyo from late July to early August.

Numerous kake-botoke plates, consisting of an image of Buddha on a round plate made of materials including copper, were made during the Kamakura period (1185-1333) and the Muromachi period (1336-1573 ) and dedicated to temples and shrines. The plaques are said to have originated from the syncretization of Shintoism with Buddhism, and they represent the figure of Buddha reflected on a round mirror consecrated as a deity.

Born in Yokohama, Nakamura graduated from Tama Art University in Tokyo. He met an old kake-botoke on display at the Tokyo National Museum around 2017, while working for an art museum in the capital. He said he had always envisioned Buddhist statues as elaborately carved divine figures, and so he was surprised by the simple and adorable plate figures. He then decided that he would make some himself.

Nakamura had kidney stones at the age of 26 and developed panic disorder from the stress of the pain. Throughout this time he had heart palpitations and bouts of dizziness, but these attacks lessened when he was doing a kake-botoke. He said, â€œSculpting was not only a creative activity for me, but an act of seeking salvation from the Buddha and stabilizing my mental state.

He decided to settle in Nara Prefecture, with its many temples, and devote himself to the serious production of kake-botoke, which until then was only a hobby. Nakamura quit her job at the art museum and moved from Yokohama to Yamatokoriyama in March 2020.

Ever since Nakamura started posting pictures of his kake-botoke on Instagram around Spring 2020, he has received comments such as â€œThe face makes you feel warm and fuzzy, and the shape is cute tooâ€ and â€œI bet. as your room is the interior mood will mellow with a kake-botoke. ” Nakamura says many of his customers are women who buy the creations as gifts for Buddhist statues lovers.

Nakamura’s solo exhibition will be held at the branch of Omotesando d’Isumu, a Buddhist statues store, in the Shibuya district of Tokyo from July 22 for approximately two weeks. Visitors must make a reservation by phone at 03-6419-7822.

â€œWhat’s fascinating about kake-botoke is that they can be used as casual decorations for the home,â€ Nakamura said. “I hope people feel like they’ve been here from ancient times.”

Kake-botoke can be purchased from Nakamura’s online store (https://shunnakamura.theshop.jp), starting at 4,500 yen (approx. $ 40) each, including tax.