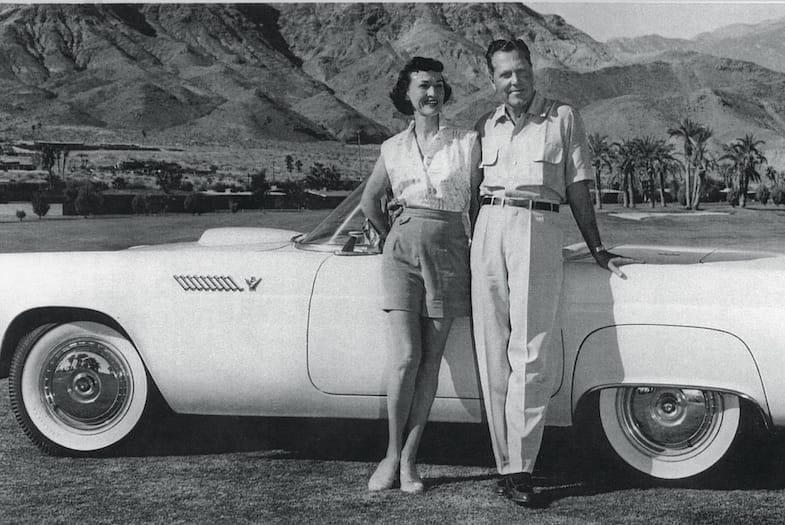 Years later, Velma devoted her time to painting, philanthropy, and puppetry. â€œOnce you make the puppets, they’re always with you,â€ said Velma, who continued to entertain with her puppets. Her favorite puppet was Madame, a sassy character who worked the crowd, playing perfectly on her unexpected talent. Fans searched for her, and gentlemen in their forties flew in just to meet Howdy’s famous mother and take her to dinner.

Velma was passionate about community work and in 1957 became a founding member of the Pathfinders, one of Coachella Valley’s first nonprofits to benefit the Boys (and now Girls) Club of Palm Springs. She was also deeply involved in the Palm Springs Desert Museum (now the Palm Springs Art Museum) and the College of the Desert. Velma died at her home in Marrakech in September 2007. She was 95 years old.

â€œAll I did was make a stupid puppet,â€ Velma said of her involvement in the Howdy Doody phenomenon. This puppet has grown into an international superstar, receiving hundreds of fan letters every week. Meanwhile, all Johnny has done is help spark the desert development boom by creating his 18-hole gated residential golf clubs.

Ultimately, the Dawsons brought to the wilderness all the ambition, talent, persistence, and luck to make a mark on both a laid back resort community and the world at large. Coachella Valley’s reputation as a golf enthusiast’s mecca remains a monument to man and his dream. As Johnny said, “If you give a man a good golf course, good eyesight, and a concept that takes away the millions of little irritations he’s going to encounter elsewhere in life, you’re off to a good start.”

RuPaul breaks Emmy record for most wins by a black artist