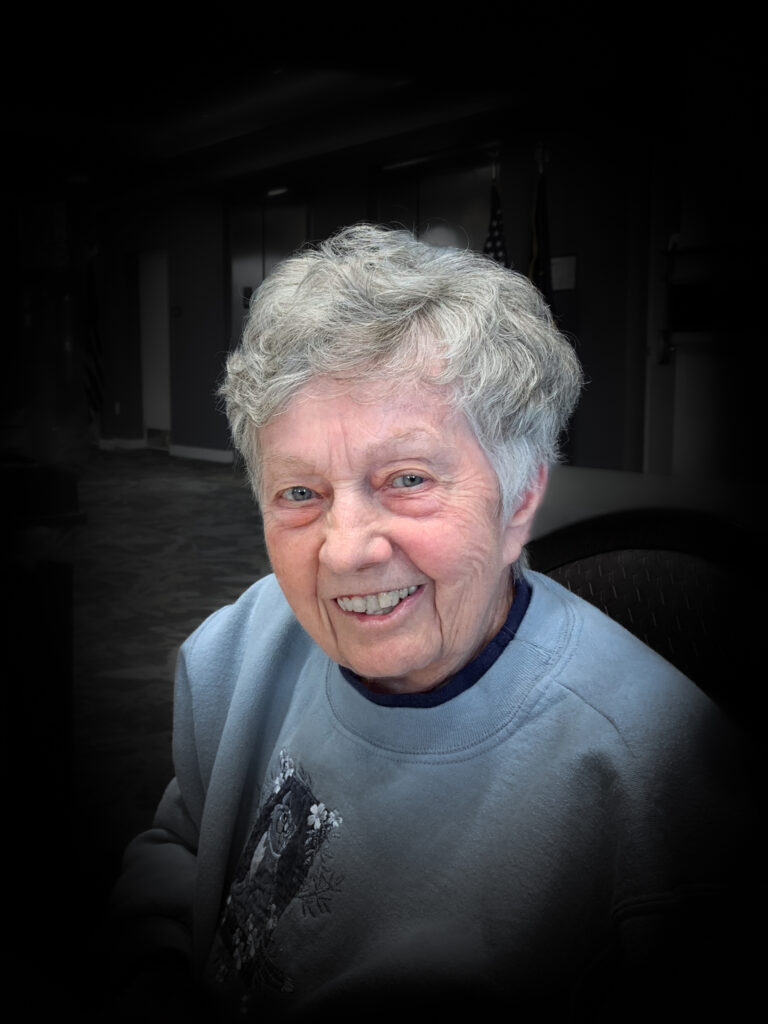 It is with sadness that we say goodbye to Joyce, our dear sister, aunt and friend who passed away peacefully at the age of 90 in the early morning hours of March 4, 2022, after a long illness. She had lived at Creekside Senior Living in Bountiful, Utah for three and a half years.

Joyce was born on September 3, 1931, at the home of her parents, Levere Juchau and Elda Rawlings Juchau, in the small farming community of Virginia, Idaho. She was always small but full of energy and loved growing up on the farm with her older brother Clyde and sister Ruth and two younger brothers Mont and Dan and later a little sister, Karen. Lately, she was having weekly phone visits on Sundays with her brother, Mont, and they remembered a lot about those early years and the fun times they had. She loved these visits!

Joyce attended Virginia and Downey elementary schools and graduated from Downey High School in 1949. She earned her registered nursing degree from Bannock Memorial Hospital in conjunction with Idaho State College in Pocatello, Idaho. After working in nursing in various capacities, she returned to school at Utah State University in Logan where she earned her degree in public health nursing.

While working at the Cache County Health Department in Logan, she met Margaret Jones, who had joined the church in Wales and had come to live with a family in Wellsville. Joyce and Margaret became good friends and continued to be best friends until Joyce passed away. Margaret was especially kind and caring to Joyce during the last three years of her illness, for which her family is very grateful. They were like sisters and Margaret did a lot with the Juchau family. They loved to travel and took many tours and cruises together, their favorites being several temple tours in the United States. One of the guides remarked that “Joyce has always been the life of the party”. She had a knack for making people laugh and smile.

She enjoyed (twice) descending the Grand Canyon on a mule and several running and camping trips on the river; she enjoyed watching the Olympics on TV, especially the ice skating and winter events. She was a contributor to public television and enjoyed watching public television programs, especially the Masterpiece Theater and Mystery programs and concerts. His favorite TV shows included Animal Planet, Star Trek and Jeopardy. She enjoyed season tickets to the Capitol Theater and Ballet West. She enjoyed monthly lunches with a group of friends called “Phantom Friends” (who were fans of Phantom of the Opera which Joyce saw three times). She loved dragons and had several porcelain figurines of dragons; she was also fond of geckos and was particularly fond of the gecko from the Geico television commercial.

Joyce was a faithful member of The Church of Jesus Christ of Latter-day Saints and served a mission in the Southern California Mission in 1958-1959, which she thoroughly enjoyed. During her retirement years, she served two consecutive Church service assignments: one as an usher at the Tabernacle and Conference Center for seven years, and another in the Joseph Smith Family History Department. Memorial Building for 12 years.

Joyce was predeceased by her parents; his older brother, Clyde and his wife, Carol; and his youngest brother, Dan, who died at twenty-two; and his sister-in-law Betty Juchau.

She is survived by her sister, Ruth Lott (Dan) of Providence, Utah; his brother, Mont (his wife, Betty, deceased) of Bothell, Washington; his younger sister, Karen of Logan, Utah; her best friend of fifty-four years, Margaret Jones of Bountiful, Utah; and several nieces and nephews.

A funeral service will be held for her in the spring at Downey Cemetery, Idaho, where she will be buried next to her parents. We all loved her and she will be greatly missed!

The family would like to thank the staff at Creekside Senior Living for their great care for Joyce over the past 3 1/2 years and express their sincere thanks to the staff at Renew Home Health and Hospice (Marina, Bailey and Rhonda) for their care, love and compassion.

Alan Carr on the design feature he hates