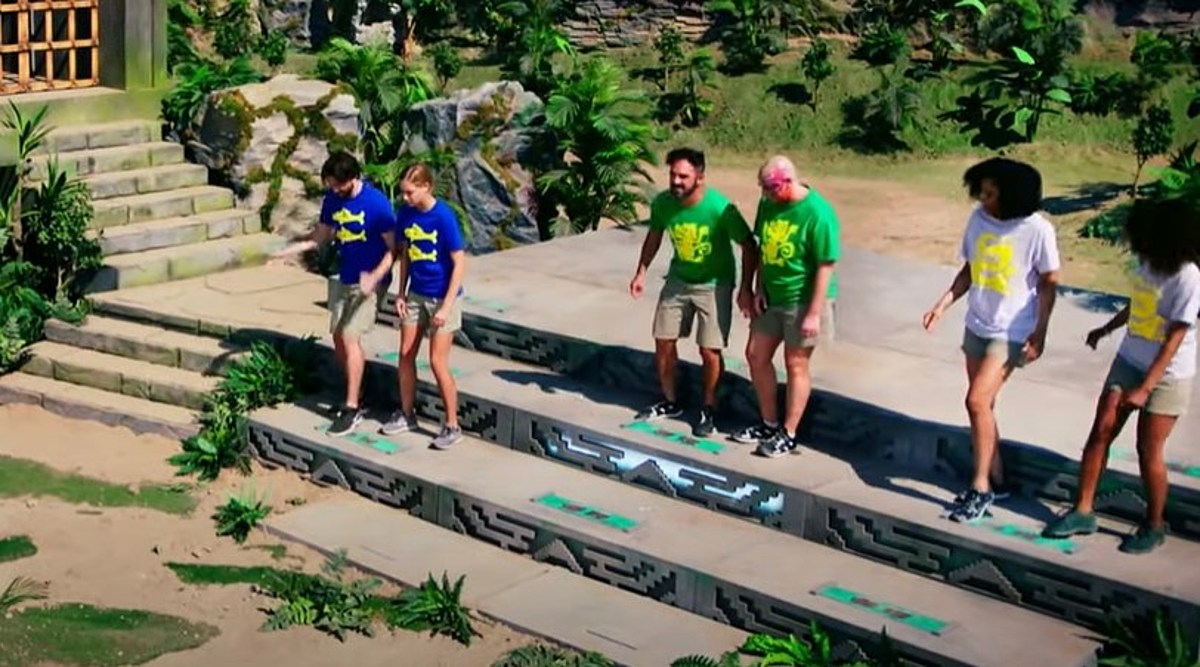 The 90s Nickelodeon game show “Legends of the Hidden Temple” is making a comeback and this time it’s for adults.

Back then, I watched Nickelodeon all the time. My favorite shows to watch were their kids’ game shows. By far my favorite Nickelodeon game show was “Legends of the Hidden Temple”. The giant talking head, Olmec, and his “legends” were so fascinating to discover. Competitors would use what they learned through these legends to participate in knowledge and skill games for the chance to find the lost artifact of the day in the Temple of Olmec. Oh, and everyone had their favorite team! Mine was the Green Monkeys.

I always thought it would be so cool to be on this show. The only problem was that I was too scared of the temple guards at the time to even try. I think all the kids in the ’90s were afraid the temple guards would appear out of nowhere. Sadly, the show was canceled in 1995, but Nickelodeon ran reruns throughout the ’90s. Earlier this year it was announced that the CW would be rebooting “Legends of the Hidden Temple”, but this time it was would not be a game for children, adults would be the competitors. If you ask me, that’s great! Now do adults who grew up watching the show have the chance to participate? When you think about it, having adults competing on the show just makes sense as they would appreciate the meaning of the show far more than kids who had no idea what the show was like in the first place.

Well, the “Legend of the Hidden Temple” reboot airs on October 10 (this Sunday), and I couldn’t be more excited. Especially after seeing the trailer. The show will no longer be filmed from inside a studio, no. The restart takes place outside with a real temple! You will see familiar challenges such as knowledge milestones and more from the original show, just bigger and better. Additionally, the original voice of Olmec also returned in the series. Check it out:

I can’t wait to watch this show on Sunday, and I know I’m not the only one who grew up watching the show that is looking forward to it either! You can read more about the show with the inside look below:

Growing up, I loved watching all of the game shows on Nickelodeon. They were awesome! Here are the best game shows they had when I was young.

You can keep your friends and family entertained this summer by adding these games to your next backyard gathering.

From Cheez-It to lie detectors, it’s obvious these things are 100 years old this year.

How to change the color of your campfire

You can change the color of your campground by adding simple ingredients that you have at home. Each ingredient that you sprinkle on the fire has a different effect.

Inside the Irish “Hell Caves” where Halloween was born