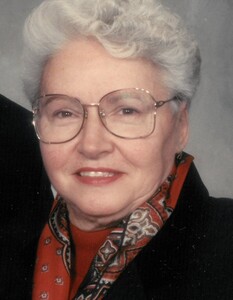 Margaret Frances LeFevre, 88, of Plattsburgh, NY, passed away peacefully on September 29, 2021.
Born Margaret Frances Oros on December 3, 1932, in Cincinnatus, NY, to the late Julius and Rosa Oros.
She married the love and “sun” of her life Eugene Stephen LeFevre on June 20, 1957. Gene and Margaret were devoted to each other for 57 years until her death in 2016. She leaves in the mourning her daughters, Denise (David) Wetterhahn of Adams. , NY, Renee (James) Petrashune, of Dannemora, NY, and her son Michael (Lynn) LeFevre, of Latham, NY, and five grandchildren, Lauren (Nate) Wetterhahn, North Syracuse, NY; Madeline (Ryan) Wetterhahn, Madison, Wisconsin; Daniel Wetterhahn, Los Angles, California; Maxwell (Meagan) Petrashune, Dannemora, NY; and Michael LeFevre, Venice, CA Margaret is survived by sister Helen (William) Bowers of Webster, NY, brother-in-law Arthur LeFevre, Plattsburgh, NY, sister-in-law Nancy Frenyea, Morrisonville, NY, Anna LeFevre, Cary , NC, and several nieces and nephews. Margaret is predeceased by her sister, Rosie Oros Burrows, brothers Joseph, Julius, John and Louie Oros, sisters-in-law Marielle LeFevre, Therese Tessier, Blanche LeFevre, and brothers-in-law John Frenyea, William Tessier, Gilbert and Gerald Le Fever.
Margaret grew up on the Oros Dairy Farm and graduated from Cincinnatus High School. After high school, she worked at Smith Corona in Cortland, NY, as a machinist / typist before meeting the love of her life, Eugene.
The greatest joy in Margaret’s life was the love and pride she had for her husband, three children and five grandchildren. Margaret was a devoted wife and supported Gene for 44 years in NYS Corrections. They had strong professional and family values â€‹â€‹and passed them on to their children and grandchildren.
Margaret and Gene loved to travel and especially enjoyed their trips to Florida when they could bring the grandchildren to the beach! Margaret was creative and talented. She learned how to create beautiful afghans with the guidance of “Meme LeFevre”, taught herself how to make hook rugs, canning and creating Hungarian dishes (which her children unfortunately could not reproduce. ), make ceramic figurines, dance the polka and sing along to country and oldie music!
A special “thank you” to the amazing caregivers who showed compassion and love for our mom. We are all grateful to you.
Call hours will be Saturday, 9 a.m. to 10:30 a.m. at Brown Funeral Home, Plattsburgh. A Christian burial mass will follow at 11 a.m. at St. John the Baptist Catholic Church, 18 Broad St., Plattsburgh, NY She will be interred with Eugene at St. Alexander’s Cemetery in Morrisonville, NY
The live broadcast of the Mass can be viewed on the Brown Funeral Home Facebook page.
In lieu of flowers, the family is requesting donations on their behalf from the Fighting Blindness Foundation, PO Box 17279, Baltimore, MD 21203-7279 to be used for research to find a cure for retinitis pigmentosa.
Arrangements are made at Brown Funeral Home, 29 Broad St., Plattsburgh, NY 12901. Online condolences can be made at www.brownfuneralhomeinc.com

From Cookie Jar to couplets and cocaine – Theaster Gates: A Clay Sermon review | Art and design