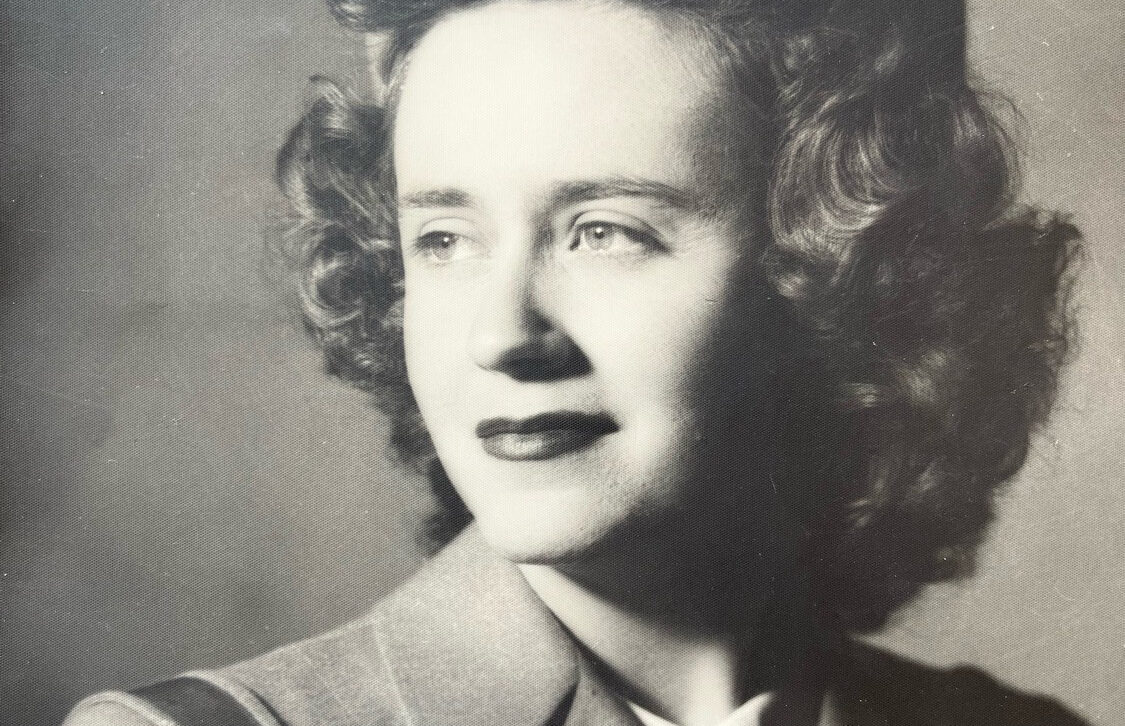 Ricki was born in El Paso, Texas on August 4, 1926, to Maria Luisa Gonzales and Joseph Richardson who gave her the name Maria Dominga Richardson. After her mother died in 1939 when Ricki was just 12, she became a full-time resident of St. Mary’s Academy in Silver City, New Mexico, where her first name was changed to Mary Alyce. After graduating valedictorian of her class in 1944, she returned to El Paso to enroll in the Army Cadet Nursing Program to serve in World War II. It was there that she met a burly young man in flight school named Ira Whitlock, and the two were married on June 6, 1946.

After a short stint in Worland, Wyoming, Ricki and Ira moved to the Washington D.C. area where Ira pursued a career in government, and Ricki raised their four children in the northern Virginia suburb of Alexandria, where they lived. from 1959 to 1991. While in the Washington, DC area, Ricki worked in the Alexandria Public Schools system in various positions for over 20 years.

Due to her young daughter’s curiosity, Ricki, who was born a Catholic, made the decision to investigate The Church of Jesus Christ of Latter-day Saints and was baptized a member in October 1953. She and Ira were later sealed in Manti, Utah, Temple on July 27, 1955, and served in a wide variety of church callings throughout her life.

Continuing a life of church service, Ricki and Ira served a mission in Tonga in 1989-90. After their mission, they retired to St. George, where they lived until Ira passed away in 2017. While living in St. George, Ricki successfully battled and survived breast cancer. After her battle with breast cancer, they returned to their love of traveling the world.

Ricki, always ready with a wry joke and a sly smile, leaves behind a closet full of J.Jill clothes, a pile of silver jewelry that could best be described as “generous” and around three million porcelain figurines. Lladro divided among his children. and grandchildren. His love of serving cheese, mayonnaise and pear salad will never be surpassed. She also leaves behind a legacy of love and laughter for all to share.

The Whitlock family would like to express their gratitude to the staff and carers at The Wellington, where Ricki lived following Ira’s death. They responded to his needs with compassion and kindness. Additionally, we express our gratitude to the hospice staff and carers at APlus Hospice, especially Christian Dives, who treated her with such kindness and love while she was in their care.

A funeral service will be held March 25 at 11 a.m. at Tonaquint Cemetery, 1777 S Dixie Drive, St. George, where she will be buried next to her husband of 70 years.

Arrangements are under the direction of Spilsbury Mortuary, 110 S Bluff St., St. George, 435-673-2454. Family and friends are invited to sign Ricki’s online guestbook.

Obituaries are received from the public and are not the product of St. George News, its editors, staff or contributors. The questions stated and the opinions included are the responsibility of the person submitting them. Obituaries may be submitted for review to St. George News via email at [email protected]