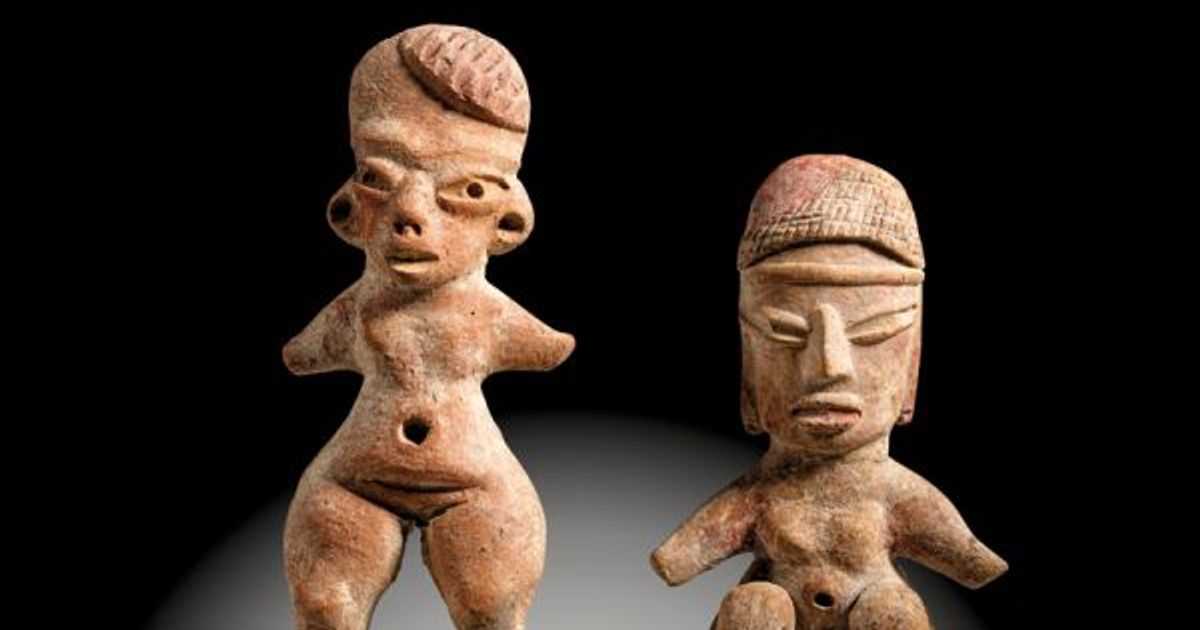 
Two female figures in reddish clay from Tlatilco in the highlands of central Mexico, circa 1500-550 BC, offered for sale at Gerhard Hirsch Nachfolger with an estimate of € 3,000

The Mexican government has stepped up its campaign to end international sales of pre-Columbian objects. Earlier this week, Alejandra Fraustro, the Mexican Secretary for Culture wrote to Munich-based dealer Gerhard Hirsch Nachfolger to try to stop an auction – scheduled for Tuesday, September 21 – of 74 objects, which the Instituto Nacional de Arqueologia e Historia (INAH) designated as “national heritage” belonging to the Mexican people.

In his letter, Fraustro pointed to a Mexican law of 1934 which prohibited the export of objects of archaeological importance. The Culture Secretary also reiterated the Mexican government’s renewed commitment to safeguard works considered as national heritage and to request the return of other works suspected of having been illegally removed or trafficked.

According to the auction’s online catalog, the pieces include a selection of characters from the Michoacan and Veracruz regions. A figure of Cihuateotl, the Mexican or Aztec goddess of women who died in childbirth, dated between AD 300 and 900, has a reserve price of € 5,000 while an Olmec mask has an estimate of € 100,000. Francisco Quiroga, Mexican Ambassador to Germany, visited Munich this week and spoke with Francisca Bernheimer, the boss of Gerhard Hirsch Nachfolger and niece of the company founder. The Embassy did not respond to a request for comment, but it appeared that the sale would take place, at the time of this article’s publication.

Quiroga said on social media that several wealthy people “who have a great love for Mexico,” including some involved in the country’s profitable mining sector, offered to purchase the items in order to bring them back to Mexico. Although he said he appreciated the offer, he believed it would not be appropriate as it “would fuel the trade in stolen items,” the ambassador said. Without going into more detail, he added that INAH identified one of the articles as a fake.

Bernheimer, who a few years ago expanded the company’s sales to include items from the ancient world alongside the coins and medals she’s known for, declined to speak to The arts journal. In a statement, however, she strongly denied any suggestions that any of the works are fake and said they had all been fully authenticated. Some individual works, including the Olmec mask, had also been verified against the Art Loss Register, she added, which tracks the stolen works.

Chris Marinello of Art Recovery said The arts journal that “the right thing to do is to withdraw the works from sale and sort them.”

To the. Judge Sends Loan Action Against Tribal Co. to Arbitration