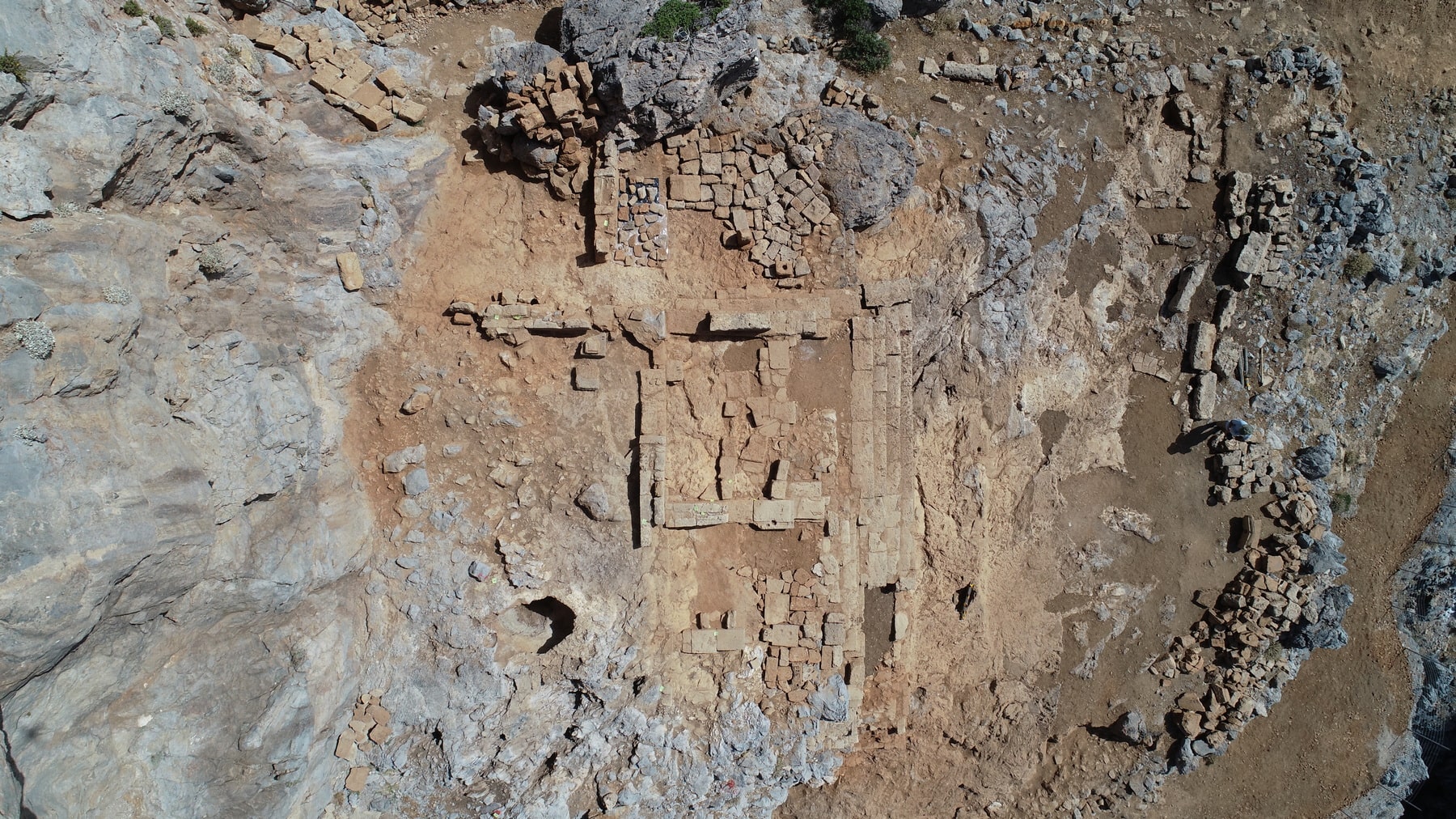 Nestled between two mountain peaks overlooking the port, excavations in the ancient city of Phalasarna have revealed hundreds of offerings to the goddess Demeter in the remains of an ancient temple, the Greek Ministry of Culture and Sports said in a November 11 press release.

The ancient city of Phalasarna is located at the western end of Crete, an island about 200 miles south of mainland Greece.

According to the press release, archaeologists discovered the remains of a temple that had been rebuilt between the late 4th and early 3rd centuries BC. The dusty and worn ruins were once a monumental staircase leading to two buildings: the main temple and a secondary structure. , say the experts.

The temple was built in the Doric style on natural rock with two fluted columns, capitals, metopes and a pediment. Estimates say it was over 25 feet tall and 16 feet wide. Most importantly, it is the only such temple in Crete.

Archaeologists have discovered five boxes of offerings in the once tiled floor of the temple. Researchers have found elegant and well-preserved vases inside these cases. Archaeologists have translated the inscription on a vase to read: AKESTOIDAMATRI – dedicated to the goddess Demeter.

Archaeologists said as they dug further into the once-sacred site, they came across a pit containing artwork dating back to 600BC, hundreds of years older than the other finds. Glassware, terracotta animal figurines, and clay female figurines were among these artistic offerings.

The early Archaic period (650 BC) seems to be dominated by Daedalic art in the form of nude female figures with Daedalic headdresses and high poles. 6th ceg finds, Egyptian and Phoenician glass objects, terracotta bird and animal figurines, arrowheads and spearheads, miniature vases, enthroned female figures and a female figurine holding a poppy and a pomegranate stand out. Concerning the discoveries of the 4th and 3rd c. The hydriai stand out, a beaked ritual prochos with a red representation of a flying Cupid, iron spikes and alabaster vases.

Gradually, archaeologists concluded that the temple was rebuilt around 2,300 years ago after an earlier structure collapsed, experts said according to the statement.

Demeter is an ancient Greek goddess associated with the earth, fertility and the power of water as a source of life. Sister and wife of Zeus, she was also worshiped as a goddess of agriculture.

The Dorians established Phalasarna around the 7th century BC in the far west of Crete on Cape Koutri of the Grambousa peninsula. They controlled the sea routes to North Africa and Italy from this location. Their city-state had laws and a political system that allowed for the growth of a progressive community. The strength of the local economy relied on seafaring ability, which led to Phalasarna becoming a naval power. In the 4th century BC, Phalasarna fortified the city with huge walls and other military buildings.

Cover photo: A view of the temple ruins from above. Photo by the Greek Ministry of Culture and Sports

Greek Ministry of Culture and Sports