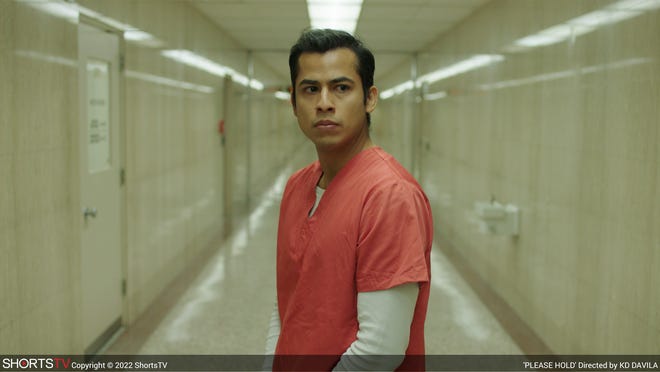 If you’re a real Oscar nerd, you follow certain rituals.

For example, I not only try to predict (incorrectly) the Oscar winners, but also the Oscar nominees in each category. Also, I try to watch all the nominated films. It’s a wild ride, given that a movie’s quality isn’t necessarily indicative of its awards success.

Looking at as many nominees as possible doesn’t mean I’m going to do any better at picking who will win. But at least it opens me up to new experiences.

That some marketing whiz realized there were enough people like me to package Oscar-nominated shorts and send them to art house cinemas big and small perhaps proves that there is hope for the film industry after all. Although there are three categories of shorts – live action, animation and documentary – only two of the batches are shown locally at Ragtag Cinema, starting Friday.

Continued:Why You’ll Want To Hang Out With “The Worst Person In The World”

First, good news on the live action front: out of the five, there isn’t a bad one in the group.

“In my thoughts” and “The dress” are dark but artfully staged. “Grab and Run” about a woman kidnapped and put into a forced marriage, is a tough watch but ultimately gives you hope for the endurance of humanity. If I was a bettor, I would pick him as the winner.

The two real standouts are “The Long Goodbye” and “Please wait,” the two dystopian visions of limited rights in a police state that are, theoretically, fixed in the future. The former was designed by and stars Riz Ahmed, who you’ll recognize from the fantastic HBO miniseries “The Night Of” as well as last year’s Oscar-nominated “Sound of Metal.”

It’s the story of a British family taking advantage of a normal day to be besieged by unnamed troops on a mission. Frantic and terrifying, it gives an idea of ​​what true authoritarianism looks like. No small feat in less than 15 minutes.

“Please Hold” would be my favorite. Average guy walking gets stopped by a drone. He is taken into custody with a public defender AI bot showing him the possible sentence, but not the charge. Not another prominent human being in the criminal justice system. There are other horribly clever details that I won’t spoil by just repeating.

The short film is a satire of an overly efficient world; describing due process in a way that some would say is not that different from what it is now. It probably would have been too thin for a feature, but you want more in its current form.

Continued:What to know before attending the True/False Film Fest 2022

While the rest of the live-action shorts are great, “Please Hold” tops them as a movie that could rival a traditional narrative.

Animated films are mixed this year, although they are absolutely worth recommending. “Box Ballet” a dialogue-free story about a relationship with a boxer and a ballerina, is rather delightful. Same for “Robin-Robin” the only submission you can watch with your kids. My 4 year old son found it particularly enjoyable.

As an aside, do not take your kids to the animated shorts. Although they are unranked, most of them roam deep in R-rated territory.

“The Wiper” had some fun things to say about relationships in the world of social media.

Then there are the other two shorts which feature images of pet murder and bestiality. I know, I know: it’s art. Apart from the obnoxious moments, there’s not much to like about them.

With “Bestiya”, the use of porcelain figurines (or animating the world to appear so) was clever. Otherwise, I would take a difficult pass on “Bestia” and “Art Affairs” and stroll through the lobby. Unless, you know, dead animals are your thing.

Continued:Remarkable “Drive My Car” must be seen to be believed

Ragtag will tell you that they don’t show the best documentary shorts because it might be overkill to pair them with the upcoming True/False Film Fest. But there are plenty of people out there who want to be Oscar nominees whether they go True/False or not.

That’s the whole point of spending two hours in a theater watching short visions that range from funny to awful. At the very least, make them “True/False adjacent” or something like that.

I’m watching the documentary program right now and I can say it’s pretty good too. Of course, this obliges me to tell you that all three packages are released on major platforms. If you can’t see the documentaries at Ragtag, at least you don’t have to drive two hours to catch them. You are welcome to tip.

In real life, James Owen is a lawyer and executive director of energy policy group Renew Missouri. He created/wrote for Filmsnobs.com from 2001-2007 before a long stint as an on-air film critic for KY3, NBC’s Springfield affiliate. He was named one of the top 20 artists under 30 by the Kansas City Star when he was much younger than he is now.