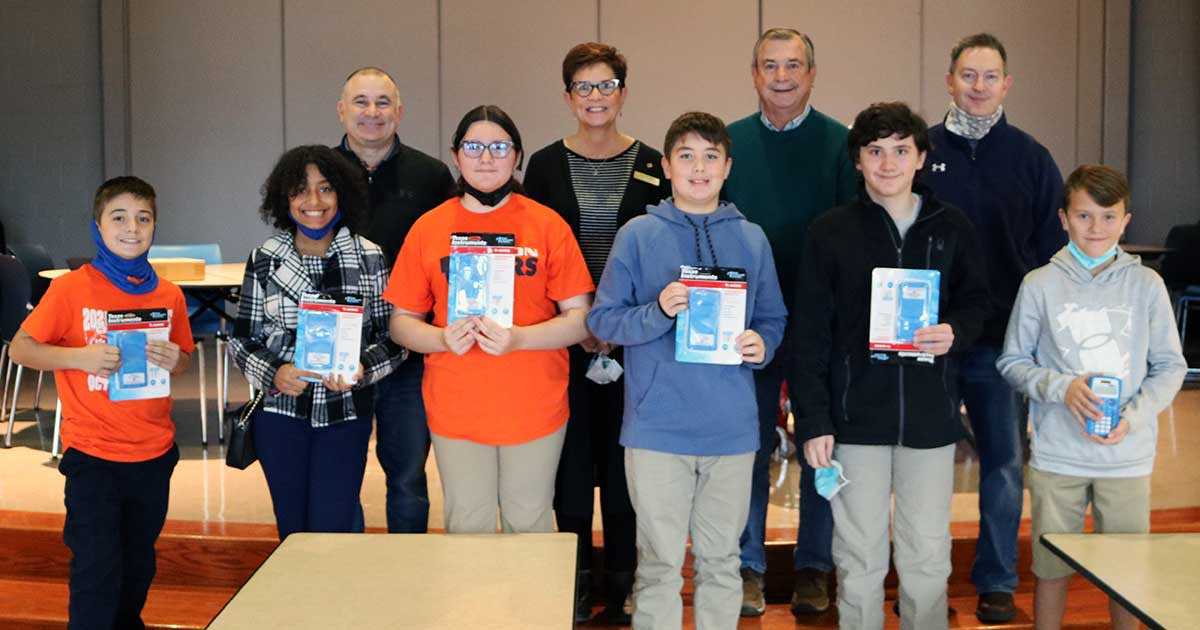 Step2 Co. of Streetsboro, has been awarded a patent developed by three co-inventors for “Rotary molding systems and their components”. The co-inventors are Matthew C. Brokaw of Bellville, Eric Jay Miller of Loudonville and Richard Howard Goff Jr., Hartville.

According to the patent, conventional rotary molding systems include a spider which surrounds at least one mold housing and is attached to a spindle which is rotated and heated in an oven during a molding process. The inventors have created a method to facilitate the disassembly of the spider.

Local lawmakers named Champions of Business by the Ohio Chamber

Lawmakers who have achieved this honor have done so by scoring at least 80% on the Ohio Chamber 2021 scorecard, which is made up of the key votes taken by lawmakers that impact the business world and the sponsorship of laws that hinder or strengthen Ohio’s business climate.

The Ohio Chamber is the premier advocate for state affairs and represents thousands of companies doing business in Ohio.

GALION – Galion Building and Loan Bank continued its support for education in the Galion community with its donation of calculators to Galion Middle School on December 7th. This is the 30th year that the bank has donated to sixth-graders.

The Board of Directors, along with Bank President Don Barr, chose to form a partnership with Galion Middle School in 1992. The goal has been to have a positive impact on the education of every GMS student.

The students received a Texas Instruments TI-30X IIS calculator, which is the official calculator for the Ohio Graduation Test.

The calculators were distributed to the students at a brief GMS introductory assembly. Each calculator is engraved with the student’s name and is affixed with a sticker that includes the name of the bank and a statement declaring the bank’s concern for the education of our youth.

Galion Building and Loan Bank has distributed 6,180 calculators to students in Galion since 1992.

In addition to the annual donation of calculators, Galion Building and Loan Bank also does an annual presentation to all first graders in Galion on â€œTeach Children to Save Dayâ€. Students receive a Billy Buck Piggy Bank and learn the importance of saving money during the presentation. The bank also supported Junior Achievement in schools in Galion City by sending volunteers to classrooms to teach children about business.

Firelands Electric Cooperative has announced the winners of the Team A draw for December.

Sponsored by Firelands Electric, Team A recognizes students in Grades 6-8 who scored at least three A’s on their most recent report card. Applicants must also reside in a household served by the cooperative. Students who submit a qualifying report are entered into a draw held at the end of each grading period.

Three winners are randomly selected from each draw to receive an Amazon gift card and are recognized in Ohio Cooperative Living magazine and on the Firelands website and social media.

Full guidelines are available on the co-op’s website at firelandsec.com/team. The next draw will take place on February 10.

This article originally appeared in the Mansfield News Journal: Business records: patent for local inventors, recognition from the Ohio Chamber

Return of the king ‘; Know why! – Women of designers