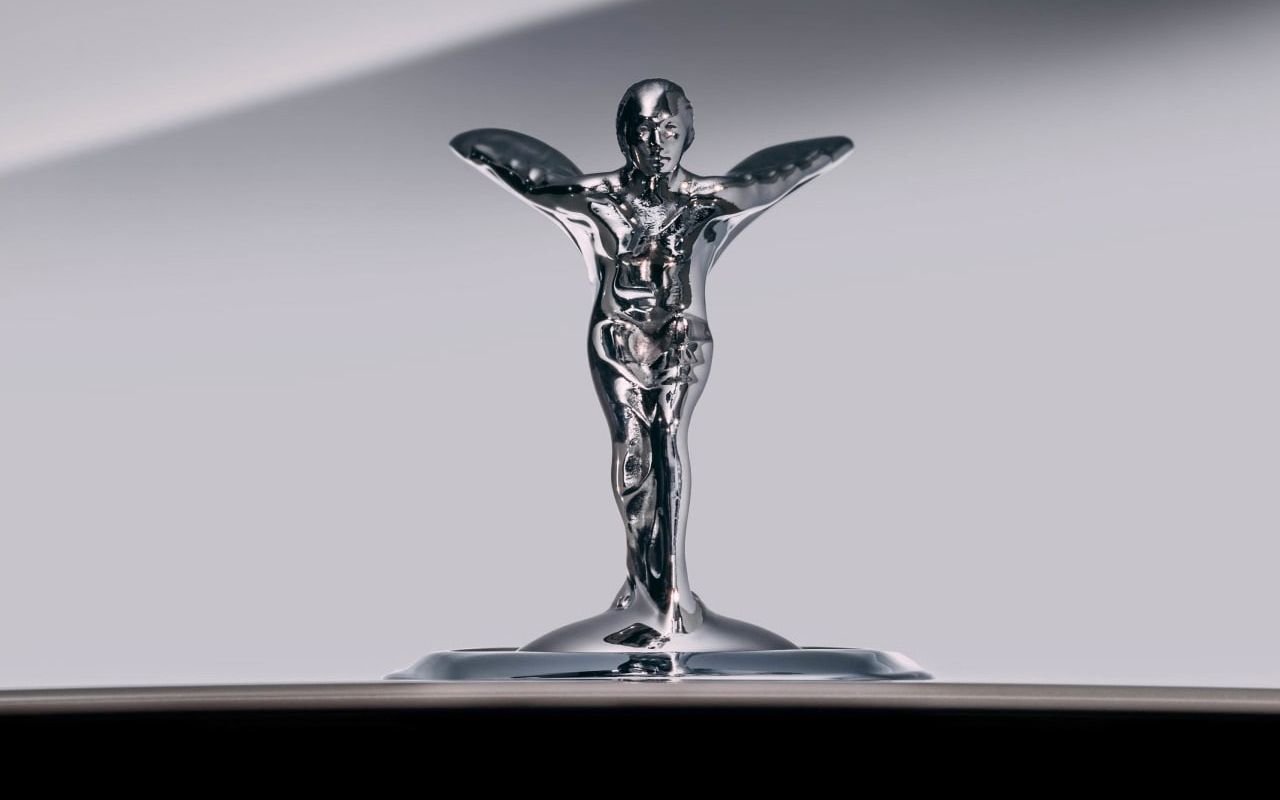 111 years ago, Rolls-Royce patented the Spirit of Ecstasy bonnet mascot. Now, after more than a century, the iconic mascot has been refined to approximate the designs of the original creator, Charles Sykes. The question is, why would the luxury car brand want to tinker with the Spirit of Ecstasy that captures the likeness of Eleanor Thornton?

That’s because Rolls-Royce is heading into the future with its range of electric cars. To position itself as a luxury electric brand, the Spirit of Ecstasy hood mascot is now reshaped with a more dynamic and slightly lower stance. It will adorn the bonnet of the first electric Rolls-Royce called Spectre, whose reveal is scheduled for 2023.

The iconic statuette that adorns the bonnet of all Rolls-Royce models will now have an aerodynamic shape – especially the fenders which now look more realistic. The feet are now spread apart, one in front of the other, and the body a little lower than the previous logo. This position signifies that the Goddess of Speed ​​is focused on the road ahead. Additionally, this flowing shape reduces the car’s drag coefficient which, on the prototype, would be around 0.26.

The ornament has a total height of 82.73mm, which is smaller than the predecessor measuring 100.01mm tall. Torsten Müller-Ötvös, Managing Director of Rolls-Royce Motor Cars, the figurine is the perfect emblem to signify the bold electric future. Like the brand, it has also evolved over time while remaining true to its nature and character.

Race into the electric future

According to Rolls-Royce, it took 830 hours to design and test the silhouette in the wind tunnel, while keeping the style of Charles’s first creation in the 1900s intact. For the record, this is not the first time that spirit of ecstasy has undergone a change. Also in the past there have been subtle changes in size and shape. The statuette in the kneeling posture being one.

The new Rolls-Royce hood ornament will be seen on Specter models, but the current range of cars (Ghost, Phantom, Wraith, Dawn and Cullinan) will adorn the current design. This figurine also triggers the Spirit of Ecstasy Challenge launched by the brand’s art program “Muse” which challenges creators to reinterpret the symbol using fabric.