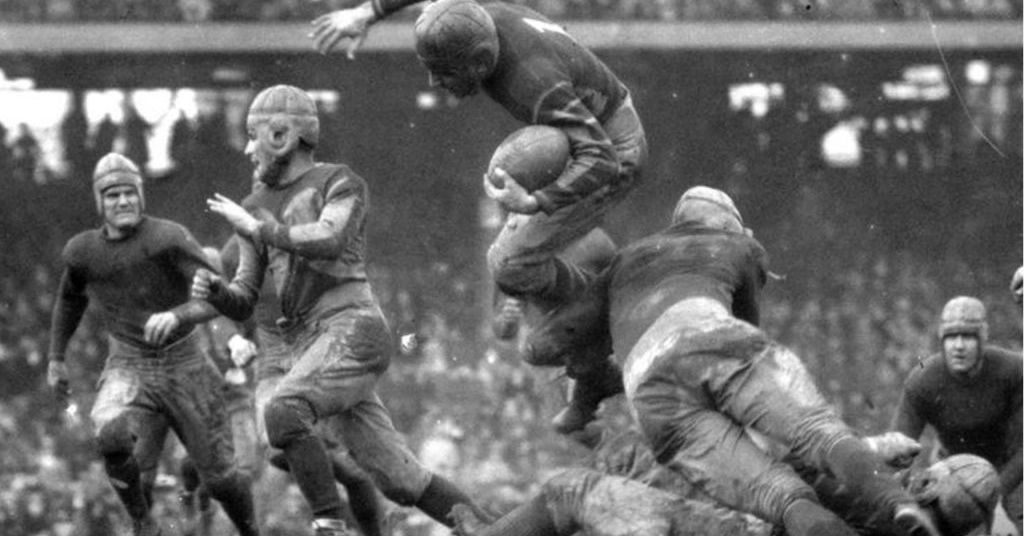 So, a few Cougar wide players clashed on the bench, mirroring Houston’s losing performance on the court, while I checked my draft sheet to try and remember my prediction.

And I scratched my head, wondering why I had made such a foolish choice? Not that I was wrong, it happens all the time, it’s the job I chose. But that after my shtick was smeared – the real purpose of this whole business – I picked the team I don’t really like with a coach I don’t like dominating?

Which speaks to the insane 15-20 minutes of illogical contemplation I give this feature for your perplexity on Wednesday afternoons.

Meanwhile, a guy, trying to counter that doofus LSU counterpart, walked into Bevo’s bullpen and jumped on board, during the Longhorns game. Did he just intend to become a Ghost Rider in the Sky?

You can’t make this nonsense up.

Plus there’s the aggravation of crime by this guy who could be, could be, probably would like to be the head coach of his alma mammy. Purdue had just sealed a victory on the road in the Carrier Dome. Yet he began to snatch defeat from the proverbial jaws of victory, when a fool was a bit too talkative very late after scoring what he delusional believed to be the winning TD. When his coach jumped on the dumboni, arguing with the Zebras, doubling the yardage penalty against the Boilermakers to thirty.

On a short pitch, ‘Cuse got the W. Which was predicted here. After that win, Dino Babers took his hot seat to midfield and handed it to Jeff Brohm during the handshake. Arkansas, Kentucky and Bellarmine – on a winning FG with :44 left also prevailed.

Duke @ Kansas. It seems the guys and gals picking up the ESPN Game Day slot are the only ones who don’t regard this arguably significant pigskin encounter between two perennial hoops powerhouses, both surprisingly undefeated, as the most intriguing ever. Saturday’s slate. Feh on them, which can be found on Rocky Top. I’ve been all over this smiley battle for weeks. The winner between Leo Leipold and Mike Elko is going to get some serious props. As if the two weren’t already, if not as praised among the faithful as Steve Spurrier and Mike Mangino. Rock Chalk Jayhawk.

Southern California @ State of Oregon. Beating the Spud Eaters and winning in The Valley is somehow, almost mightily impressive. Are the Beavers 3-0 ready for their Terry Baker moment, a return to the heyday of yesteryear? We’ll find out against the University of Southern California mercenary-laden Trojans #7, who are also striving to get back to where they once belonged. It will be rock in Corvallis. Mr. Yes, I really won the statuette even if I had to return it, will proudly snack on his pretzel, a bacon burger with cheese, and other sassy stuff. His school under new management will be vini vidi vici.

[email protected] Can Saturday mark when clemsoning becomes a thing again? Will I ever be able to spell DJ Uiagalelei without looking it up? Are the Demon Deacons nearly extinct against Liberty, a harbinger of things to come? How come Dave Clawson’s unique hesitation in the running game keeps confusing domain controllers? Will any of these schools come out of the Atlantic to compete for the ACC crown? Did I ask enough questions to fill out the paragraph, guess a choice, and move on? I suppose. In one of those cerebral fart moments, I’m going with the Homies.

Northern Illinois @ Kentucky. I’m out of snark. The cats continue their upward momentum. In a breeze. How’s that for nothing smart?

South Florida @ Louisville. Talk about a school unable to grow a crop in the most fertile soil. Bulls. Wasn’t South Florida once the next great power? Now they’re just another initial school that doesn’t even show up on the radar, along with the world’s ultralights, CRFs, and UTEPs. Jeff Scott’s record in his 3rd year is a brilliant 4-20. Forget the 28-31 “scar” they gave rival Sunshine State Florida. The cards roll.