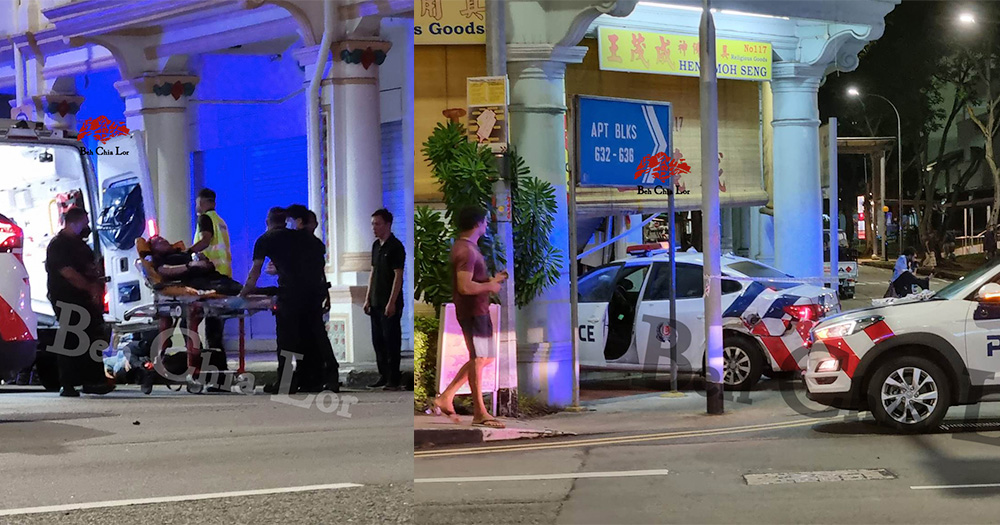 Follow us on Telegram for the latest updates: https://t.me/mothershipsg

A 43-year-old man has been arrested after the car he was driving collided with a police vehicle, sending the latter crashing into a shop in Little India.

Responding to Mothershippolice said he was arrested for the misdemeanor of driving under the influence of drugs and suspected drug-related crimes.

The accident happened at 1 a.m. on November 11, when police were on their way to witness another incident.

The 43-year-old was treated for minor injuries but refused further assistance.

Images of the police vehicle, stationary and protruding from the storefront, circulated on Facebook.

Other officers were seen at the scene, while one individual – believed to be a police officer – was pictured being transported to an ambulance.

When Mothership visited the store at noon on November 11, its owner said she was informed of the incident by the police.

One of the unit’s roller shutters was mangled, while shattered cabinets, shattered china and downed figurines appeared to spill from the storefront.

An employee sits on a stool outside the unit and monitors the site.

The store owner said she didn’t know how much the damage costs would be.

While the affected unit could not be used due to damage from the accident, Heng Moh Seng was still operating from a separate multi-door unit.

Investigations into the incident are ongoing.