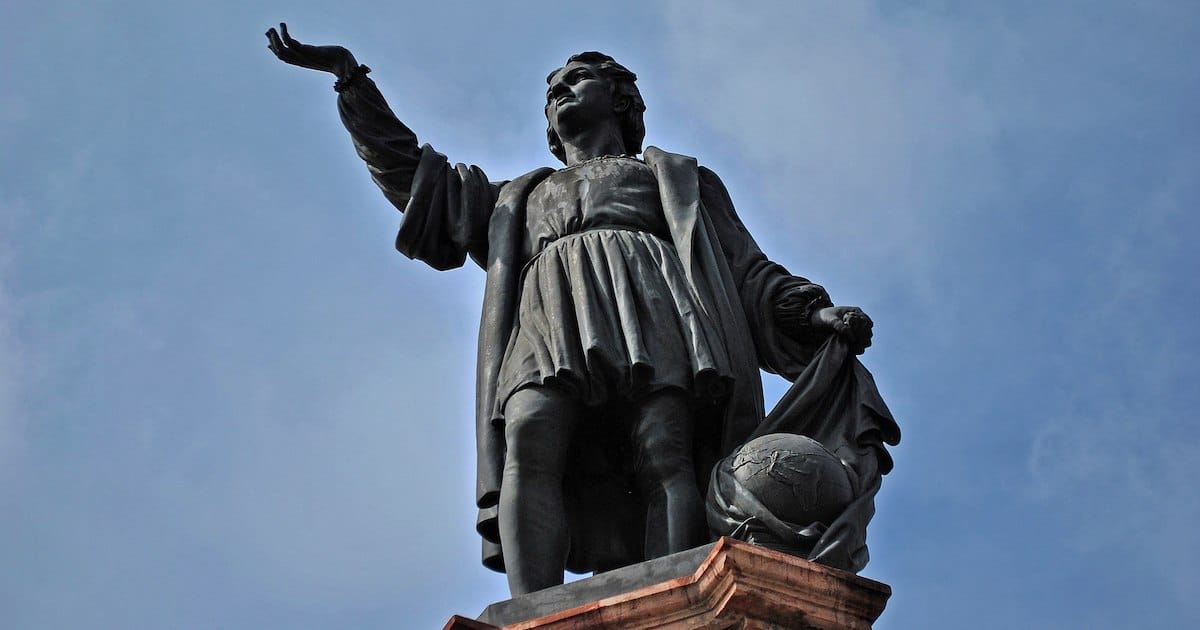 Statue of Christopher Columbus removed in Mexico to be replaced

Mexico joins the long list of countries caught in a postcolonial reckoning with problematic historical figures as its capital rolls out plans to replace a longstanding monument to Christopher Columbus. Previously located on one of Mexico City’s main thoroughfares, Paseo de la Reforma, the 19th-century bronze statue of the controversial explorer was removed by city authorities last October for scheduled restoration. Its pedestal has stood empty ever since, and it now looks like the statue of Christopher Columbus will never return to its favored perch.

On September 5, International Indigenous Women’s Day, Mexico City Mayor Claudia Sheinbaum Pardo announced that the statue of Christopher Columbus would be replaced with a monument to indigenous women. “We owe them. We exist because of them,” she remarked at an event marking the occasion. “This is the story of our country and our homeland.”

The city commissioned Mexican artist Pedro Reyes to create the new sculpture, which will purportedly depict an Olmec woman and be called “Tlalli” (meaning “earth” in the Nahuatl language). Some of the oldest inhabitants of Mesoamerica, the Olmecs formed the first known great civilization in what is now modern Mexico. “It’s very important to dedicate a monument to Indigenous women and the Earth,” Reyes said of the commission, “because if anyone can teach us how to take care of this planet, it’s our Indigenous peoples, and that is precisely what we need to relearn.”

The new monument is expected to be completed by October 12, which is Columbus Day or, as it is recognized in Mexico, Dia de la Raza. During this time, the statue of Christopher Columbus will be moved to a less important resting place, located in a small park in the Polanco district of the city.

Mexico City has announced plans to replace a controversial statue of Christopher Columbus with a monument to indigenous women by Mexican artist Pedro Reyes.

The statue’s pedestal has stood empty since it was removed for planned restoration last October. The new monument will be completed in October.

Architects are rethinking the way we remember history with monuments

Mattel dust off He-Man, with a nod to diversity.