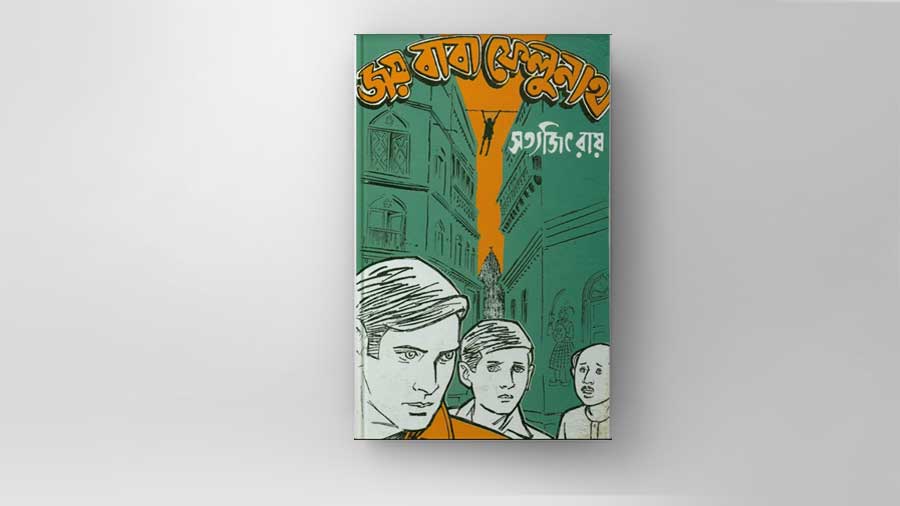 Ask a Bengali kid who their favorite detective is, and one of the two names will appear: Feluda or Byomkesh. For Feluda fans, Joi Baba Felunath is special for several reasons: not only does it take place against the backdrop of Durga Puja, but it also features one of Bengali fiction’s most iconic villains – Maganlal Meghraj.

The story revolves around the wealthy Ghoshal family, who are preparing to celebrate Durga Puja at their ancestral home in Varanasi. A few days before the festivities, a family heirloom disappears from the house: a precious gold statuette of Ganesha, the elephant god. Feluda is given the responsibility of recovering the Ancient One. As the case unfolds, Feluda and his two constant companions – Topshe and Jatayu (aka Lalmohan Ganguly) meet a shrewd businessman by the name of Maganlal Meghraj. In order to resolve the case of the missing god, the trio will need to outwit Meghraj, unmask the traitor in House Ghoshal, and restore the legacy to its rightful place – all before Durga Puja.

The story first appeared in 1975 in the Puja edition of Desh magazine, and was adapted into a movie by Ray in 1979. With Soumitra Chatterjee as Feluda, Santosh Dutta as Jatayu and Utpal Dutt as Meghraj, the movie is a treat in itself, but this Panchami we recommend you choose the book and soak up that old world Puja flavor that lingers in its pages.

Changes to the student loan exemption: what you need to know

Roca and Nianzou should look for loan moves