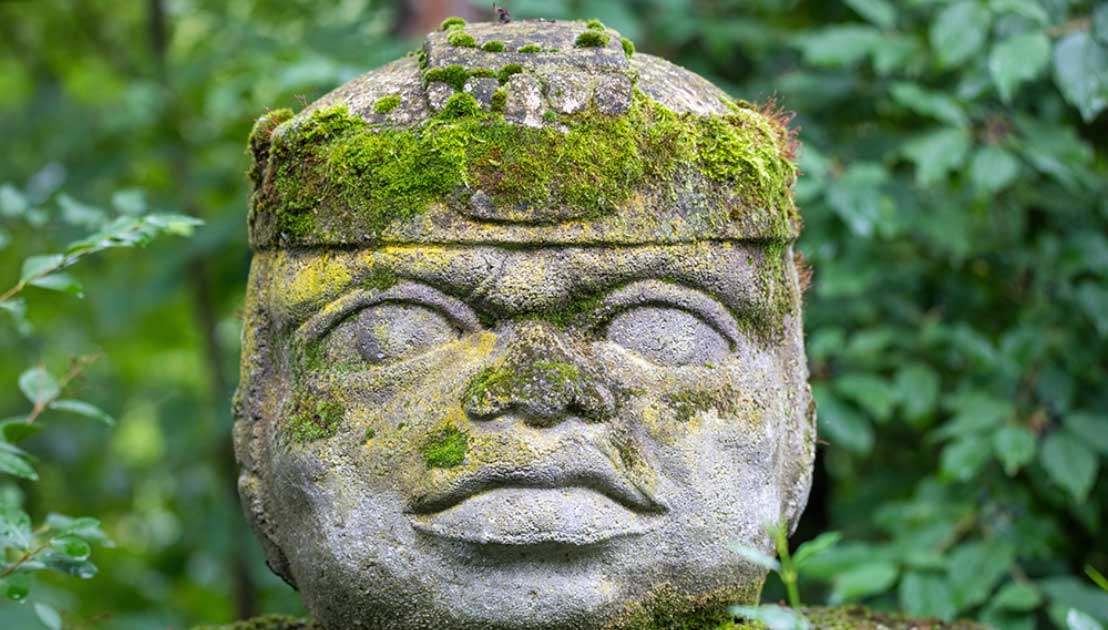 The Ancient Rubber People of Mesoamerica

Ancient civilizations in Mexico and Central America made rubber decades before Michelin went into business. For the Aztecs, Mayans and Olmecs, rubber production was central to their civilizations. In fact, the name of the Olmecs, who were the earliest known Mesoamerican civilization, literally means “rubber people” and is a term given to them by the Aztecs.

These rubber Olmec people dominated Mesoamerica between 1200 and 400 BC. AD, and their influence continued through the Aztecs and Mayans, and yet they were completely unknown to historians until the middle of the 19th century. So how did they make rubber and how influential were they?

The Castilla elastica, or Panama rubber tree, is native to Mexico and Central America. It was the main source of latex and was used by the Olmecs and other Mesoamerican peoples to make rubber by mixing it with the juice from morning glory vines. ( Rupendra Singh /Adobe Stock)

How did the Olmecs make rubber?

The Olmecs lived in the hot, humid lowlands along the Gulf of Mexico, in harsh conditions. To make rubber, they extracted the latex from the rubber trees of Panama, the elastic castile , and mixed it with the juice of morning glory vines which made the solidified latex less brittle. Morning glory plants tend to grow near rubber trees and both plants were considered sacred in Mesoamerican cultures. Morning glory plants in particular were probably considered sacred because they were used for their hallucinogenic properties in religious ceremonies.

A team of researchers from the Massachusetts Institute of Technology discovered that by changing the proportions of the two ingredients, rubber products with different properties could be obtained. It has even been suggested that some of the more bouncy rubber could have been used to make balls for the legendary Mesoamerican ball games. These ball games often had religious meanings, pitting good against evil, and often ended in human sacrifice, usually by beheading.

Ball games were played by pre-Columbian peoples of ancient Mesoamerica, including the Olmecs. This illustration was drawn by Christoph Weiditz in 1528, when Aztec players performed for Charles V in Spain . ( Public domain )

Who were the rubber people?

The Olmecs were actually named after rubber. The word for natural rubber, olliwas joined with the word for people, mecatlcreate Ōlmecatl, the Nahuatl word for the Olmecs, the rubber people. The earliest evidence of the Olmec style of art dates back to around 1200 BC at San Lorenzo, Mexico, their earliest known building site. The site contains many incredible stone monuments, including 17 huge stone heads that can reach 3.4 meters in height (11.15 feet). The heads were carved from basalt, they have flat faces and wear helmet-like headgear.

These heads have been thought to be portraits of important Olmec rulers, since each figure, although similar in appearance, wears a different hairstyle. This theory is reinforced by the fact that the huge stones were brought from the Sierra de los Tuxtlas mountains to Veracruz. This means that they were transported a great distance, which would have required great effort and resources that only a ruler could afford.

In the village of Cascajal, near San Lorenzo, a stone slab was found containing symbols that appear to be the Olmec writing system. The system is known as the Epi-Olmec or Isthmus. The stones date to around 900 BC and are the oldest known example of writing in the Americas. Other objects have been found containing glyphs of the Olmec language, including the Tuxtla Statuette, the Chiapa Shard of Corzo, the O’Boyle Mask, and the La Mojarra Stele (a carved monument).

Other artifacts have been found in the Olmec civilization that can help paint a picture of their life, including realistic ceramic figurines. They represent a very short and stocky people with broad faces and round heads. Researchers believe their skin tones resemble those of Native Americans today.

The Olmecs lived in many types of settlements, some with up to 7,000 people, others simply small villages. Larger settlements were rare and were mainly used for ceremonial purposes or elite activities. The site of San Lorenzo is an example of one of these settlements. Most people lived in small villages. Olmec houses often had a lean-to and storage pit for nearby vegetables as well as gardens for growing medicinal herbs and small crops.

Most people were farmers who grew corn, beans, squash and sunflower seeds. They hunted deer and ate dog, like most ancient peoples, and they also ate various forms of seafood, giving them a varied diet. Alongside the farmers lived a minority of religious leaders, merchants and rulers.

Among the Olmecs, there was no warrior class, probably because when war was fought, it involved everyone. These people lived more comfortable lives than farmers and could afford luxuries such as jade jewelry and elaborate costumes. What is certain is that their society was complex and unequal.

A predecessor of Mayan and Aztec culture?

Although scholars have discovered a great deal about the Olmecs, much remains unknown. There is much debate today as to whether the Olmecs were the mother of all later Mesoamerican societies such as the Aztecs and Maya, or if Aztec, Maya, and Olmec societies simply intermixed, leading to the demise of Olmec-style influence in artifacts around 400 BC.

Olmec culture scholar Dr. Richard Diehl believes that the “mother culture” theory is closer to the truth. Diehl states that at the very least “it is quite evident that the Olmecs had a much greater influence on their neighbors than their neighbors had on them”. They definitely developed an extensive trade network, their cultural influence extending from the northwest of the Valley of Mexico to the southeastern parts of Central America between 1100 and 800 BC.

This is evidenced by the presence of artifacts such as jade from Oaxaca in Mexico and Guatemala, and obsidian from the Mexican highlands to the north. Whichever theory is true, the rubber people have certainly had a major impact on Mesoamerican culture to this day.

Top image: replica of a sculpture made by the Olmecs, the ancient rubber people of Mesoamerica. Source: Stoic /Adobe Stock

From the runway to Gagosian: the creative director of Alaïa joins forces with the gallery to exhibit (and sell) dresses inspired by Picasso’s ceramics