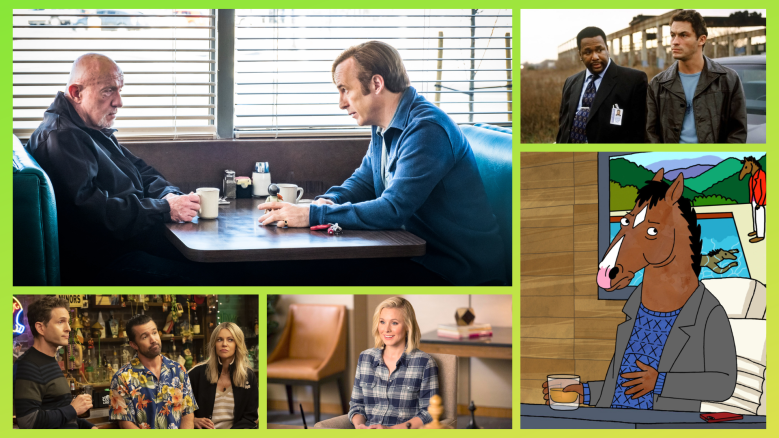 The best non-Emmy TV shows, from ‘Better Call Saul’ to ‘The Wire’.

It was a particularly painful blow to the ocean of Bob Odenkirk supporters, who stormed out of the woodwork last year when the lovable star collapsed on set following a heart attack. For his 63 outings as Saul Goodman (99 if you count his award-winning but again unrecognized performances in “Breaking Bad”), Odenkirk earned five nominations for Outstanding Lead Actor in a Drama Series.

It’s little consolation, but “Better Call Saul” is in good company considering the Television Academy’s notorious snub scads in recent years. In its 79 installments in the late 1960s, the sci-fi juggernaut “Star Trek: The Original Series” failed to top the podium despite earning 13 nominations. So did beloved sitcoms like Mike Schur’s “The Good Place” and Schur and Greg Daniels’ “Parks and Recreation,” earning 13 and 14 nominations, respectively, during their runs. Netflix’s animated masterpiece ‘BoJack Horseman’, HBO’s sadly underrated ‘The Wire’ and Fox’s ‘Empire’ have also been recognized – but never rewarded – for the indelible marks their stories have left. on the small screen.

To honor “Better Call Saul” — because someone has to — IndieWire has rounded up 17 of the best shows ever snubbed at the Primetime Emmy Awards. Series with one or zero nominations were excluded from consideration: narrowing this list down to titles that the Television Academy agreed were good, but didn’t admire as being truly worthy of the material.

Note: Titles are listed in ascending order of the number of nominations and listed alphabetically in case of a tie.

Register: Stay up to date with the latest film and TV news! Sign up for our email newsletters here.