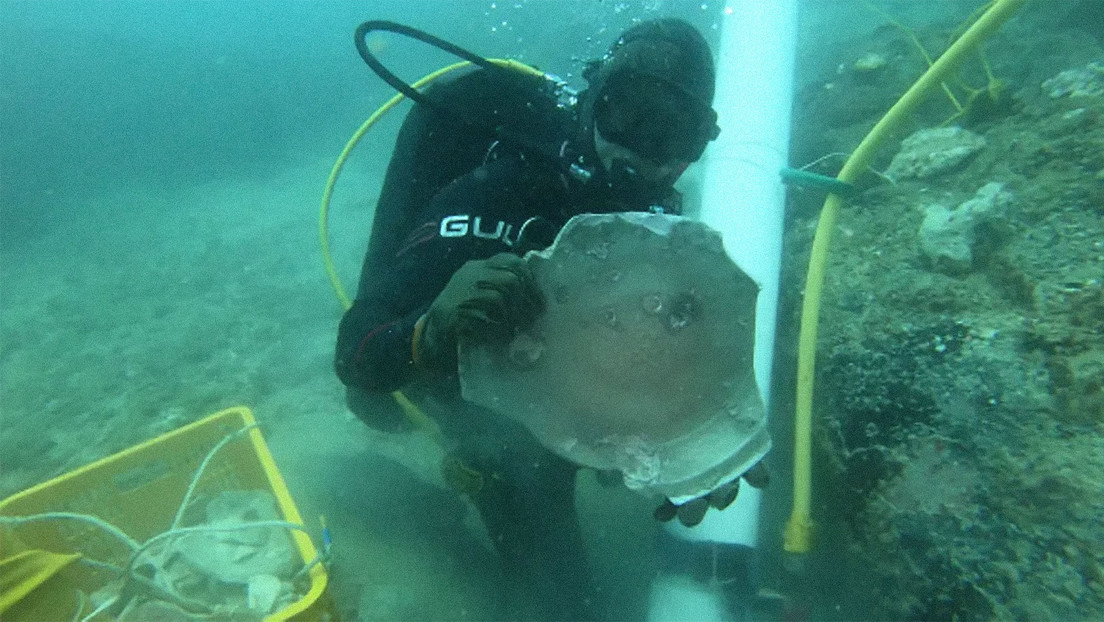 They find the remains of two wrecks up to 600 years old with a variety of “rare” pieces off Singapore (PHOTOS, VIDEO)

The remains of two wrecked ships with a large number of artifacts have been found in the territorial waters of Singapore, which has long been a key trading center on the sea lanes connecting the Indian Ocean and the South China Sea, the National Heritage Council said on Wednesday. from the country.

The first wreck was discovered about 100 meters northwest of the island of Pedra Branca, after a group of divers accidentally found ceramic remains in 2015. The ship was carrying Chinese ceramics, possibly dates back to the 14th century, which showed that the country – then known as “Temasek” – was an important trading center long before the arrival of British colonizers in 1819.

The excavations, which continued until 2019, led to the discovery of a second wrecked ship, some 300 meters east of the same island, where work ended in the middle of this year. It is supposedly the Shah Munchah, a merchant ship built in India, which sank in 1796 on returning from China to his country.

Some of the main finds from the first shipwreck are Longquan City plates and bowls and a jug. Fragments of blue and white porcelain bowls with lotus and peony motifs from the Yuan dynasty (1206-1368).

Michael Flecker, director of maritime archeology projects at the Yusof Ishak Institute, pointed out that this ship carried more pieces of blue and white porcelain than “any other documented wreck in the world.” “Many pieces are rare, and one is considered unique“he added.

Meanwhile, artifacts recovered from the second shipwreck include a series of Chinese ceramics and copper, glass and agate alloy parts, such as statuettes of the head of Guanyin, Buddha and a child of good fortune, and figurines of a dog and the mythical sea creature Makara, among others.

In addition, they discovered four anchors and nine guns, which was once mounted on merchant ships used by the East India Company in the 18th and early 19th centuries, and was primarily used for defensive and signaling purposes.

â€œIf the ship had survived 23 more years it would almost certainly have called in the restored port of Singapore. Its cargo, incredibly diverse, it offers a great perspective on the types of goods that the new inhabitants of this nascent city would have traded and bought, â€said Flecker.

Objects are expected are exhibited in museums from the end of this year. â€œWhat is significant is that it reveals part of our history before 1819. This part is little known until now. With each find, our understanding is enriched. Singapore’s history is clearly linked to our maritime trade in the past and even today. Yeo Kirk Siang, director of heritage research and assessment at the National Heritage Council, told CNA.

If you liked it, share it with your friends!