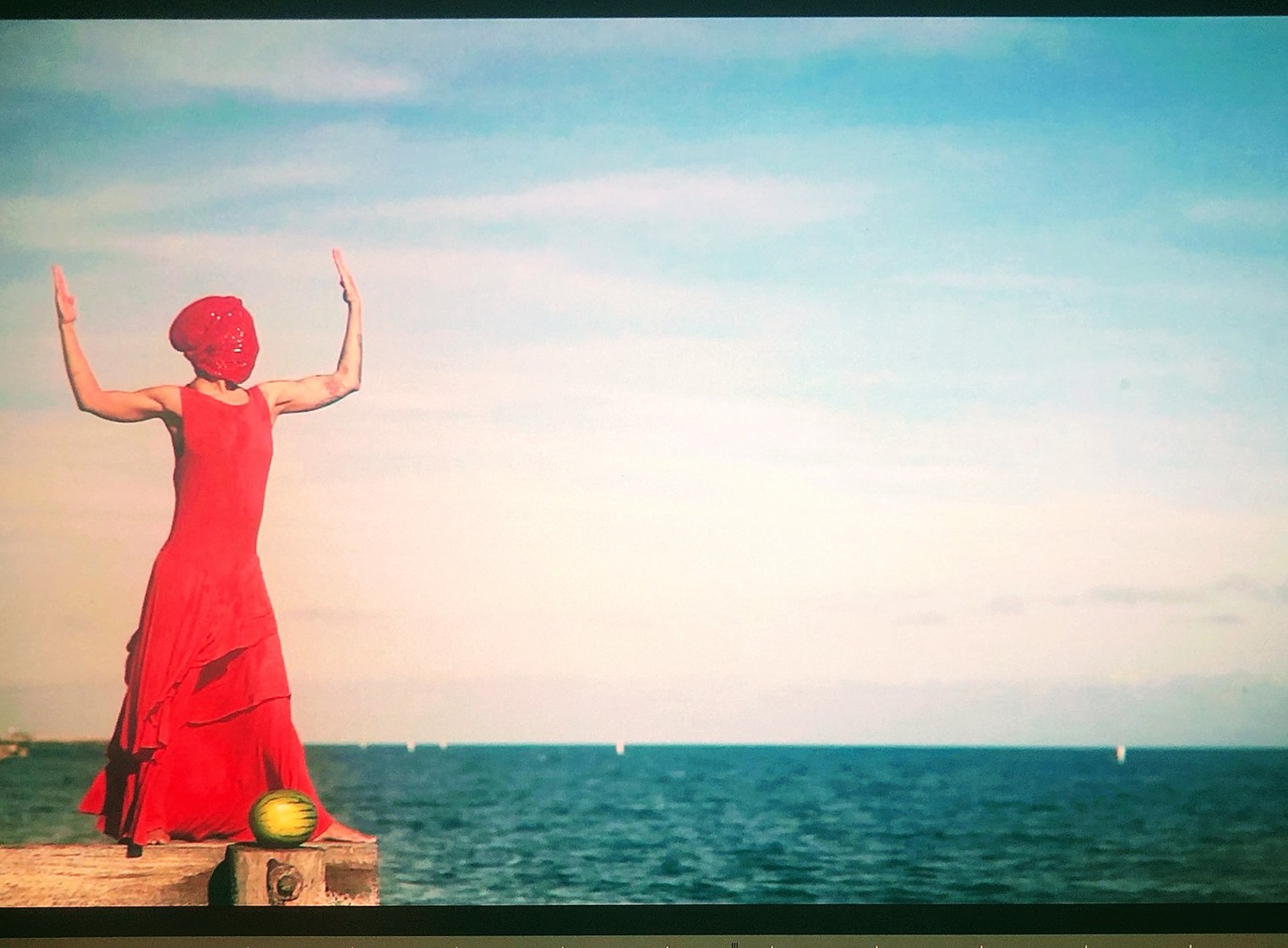 Hattie Mae Williams has felt the power of community since she was 7 years old.

It was in the late 1980s and her mother enrolled her in classes at the Edwin Holland School of Dance, not far from their home in North Miami. Unbeknownst to him at the time, Williams would learn more than ballet, tap dance and jazz from one of the city’s eminent dance teachers. She was going to immerse herself in a safe space that Holland created for young black dancers.

Holland’s school was a more family-like black dance studio, where caring elders nurtured Williams’ innate passion. The studio closed in 2005, a victim of the changing currents of time. At that time, Williams’ strong sense of community through dance prompted her to study at the New World School of the Arts, Fordham University, and the Alvin Ailey program in New York City.

â€œBecause of the environment that Edwin Holland created, I was really immersed in all of its value as a community,â€ said William. “I wanted to stay in it.”

Today, dancing is a spiritual practice for Williams. It is a bridge between the ancestral and the intuitive, connecting it to the songs and dances of the diasporas. It was one of the first ways she recognized her connection to the spiritual, using it as a tool to experience life. And this is one of the many rituals she performs to transmute negative energy.

Williams explores the liberating power of community and ritual in â€œCurrents,â€ his latest immersive installation at the Museum of Contemporary Art North Miami, on October 6-10. For five days, Williams will transform the museum into an ethereal space for ritual contemplation, combining historical maps of South Florida, two dance feature films and interactive elementary offerings, inviting attendees to imagine a new world.

â€œCurrentsâ€ was created as part of the Live Arts Lab Alliance’s (LALA) 2021 Artist-in-Residence Program on Climate Change and Sustainability, but Williams started dreaming of the installation in early 2020 when the pandemic was shutting down the world. She took the slowdown as a signal from the Cosmic Mother – or “dark goddess” – that society needed to reset.

â€œI took it as a sign that there is too much disconnection with the elements and the way we behave and respond to it,â€ she says.

At the same time, the global racial calculation led Williams to view the ritual as a means of transmuting negative energy that has been consciously or unconsciously given to the earth. As the saying goes, all is energy – and Williams has no doubts that the earth is the ultimate recipient of these offerings.

Williams spiraled into thinking and researching the systems dividing the South Florida community and its intersections: climate change, gentrification, racism, police brutality, reproductive rights. Her take-away point was that humanity lacked genuine care and respect for the archetypal “mother” and her “children” – resulting in a ritual of violence that she hopes to combat. In American patriarchal society, the feminine energy of collaboration has been subverted by that of domination, which results in the mistreatment of nature.

Williams in the water

â€œEven the way you walk in the world is an offering. What you give to the space you enter is an offering,â€ says Williams. â€œDo you think that the fear, this anxiety, this loss that goes into our waters and our soil helps us to live peaceful and pleasant lives? No, it’s all energy. If you have people who are aggressively and consciously killing people, kill animals, that’s a ritual for them – point blank. It’s a ritual, it’s a practice.

Williams hopes to inspire attendees to confront South Florida’s troubled history and embrace daily rituals as a way to replenish the earth and heal the elements. Everything can be a ritual, she insists. Even something as simple as drinking water in the morning is a way to connect and become present.

â€œAnytime you have a conscious head, heart, and hand experience with the divine, in a repeating way, you operate differently, you treat things differently,â€ she says. “It creates change.”

Visitors to “Currents” are greeted with a series of maps of South Florida that provide context. One map shows areas where fires broke out during the McDuffie riots in 1980. Another map shows areas with high arsenic levels in the soil. A third represents pregnancy centers in crisis, where young women are discouraged from having an abortion under the guise of medical treatment.

Williams experienced the latter firsthand. In 2017, she was pregnant with her first child and needed documents proving she was pregnant to qualify for Medicaid, the state’s standard protocol. A quick Google search brought her to a medical clinic in North Miami, where she believed a doctor would sign her papers and she would be on her way. To his surprise, no doctor was present. The person caring for her was not even a registered nurse. She assured them that she would carry her child to term, but they still executed their explanation of the birth by rote. They showed her the different stages of growing a baby using figurines and asked her about her religious practice. That’s when things started to snap for her.

â€œThere is this program for not honoring the mother. Whether you decide to give birth or not, it is still a sacred practice,â€ says Williams. “There is a vulnerability in being pregnant, especially in a society that does not like women.”

Williams overlays the card over a photo of her when she was pregnant in 2017. The image was part of a project exploring the five stages of grief alongside Yoruba folklore. Here, she embodies the story of Olurombi and Iroko Oluwere in parallel with the bargaining.

Williams’ exhibit will feature a map of “pregnancy crisis centers” across Florida.

Participants can then watch two dance films, “Mother Of” and “Marooned”, created with Christian Salazar, a frequent collaborator. Through the films, Williams explores her relationship to the blood ritual, honoring the creative power of menstruation and its use as a powerful offering. Williams’ connection to blood evolved after giving birth and experienced the powerful process of creation on her own. When she was no longer pregnant and her period returned, she came to regard the blood as a sign of mourning and a conscious decision. While she’s still in the process of dismantling ingrained patriarchal aversion to her own blood, she sees it as a naturally powerful liquid to come back to earth.

“It didn’t make sense to me – this whole thing about blood rituals imposed by men. Women shed blood,” Williams points out. “If you need blood for something, woman has it. Woman has the power. Woman is the creator.”

After the two films, participants are invited to enter different spirit chambers representing the four elements. Each room was created with the idea of â€‹â€‹having an isolated and private moment of connection with each element. Busy work schedules and concrete desks can separate people from nature, robbing them of the time to experience it, but in Williams’ path to a new world, the portal to the elements is open. For air, participants will feel the air blowing over them; for the earth, they will stand on the grass and the ground; for water, they can offer ritual libations if they wish.

Finally, Williams invites attendees to visit the museum’s exhibit of works by Michael Richards, with whom she is delighted to share the space. Richards, who died at the age of 38 in the 9/11 attack on the World Trade Center, was an emerging artist whose incisive aesthetic was a metaphor for investigating racial inequalities and the tension between assimilation in his art. He was Artist in Residence at ArtCenter / South Florida (now known as Oolite Arts) and developed a community in Miami. Williams has negotiated a discounted $ 3 ticket to the museum for visitors to his exhibit who also want to see the Richards Show – the first retrospective of his work at the museum.

For Williams, the themes of the two exhibitions are closely linked.

“How do we free ourselves? How do we create new worlds that don’t rebuild the same structures where we are not free? ” She wonders. â€œHow can we, as a group of people, as a community, survive together? ”

What is the 1,800-year-old Tuxtla statuette? | At the Smithsonian