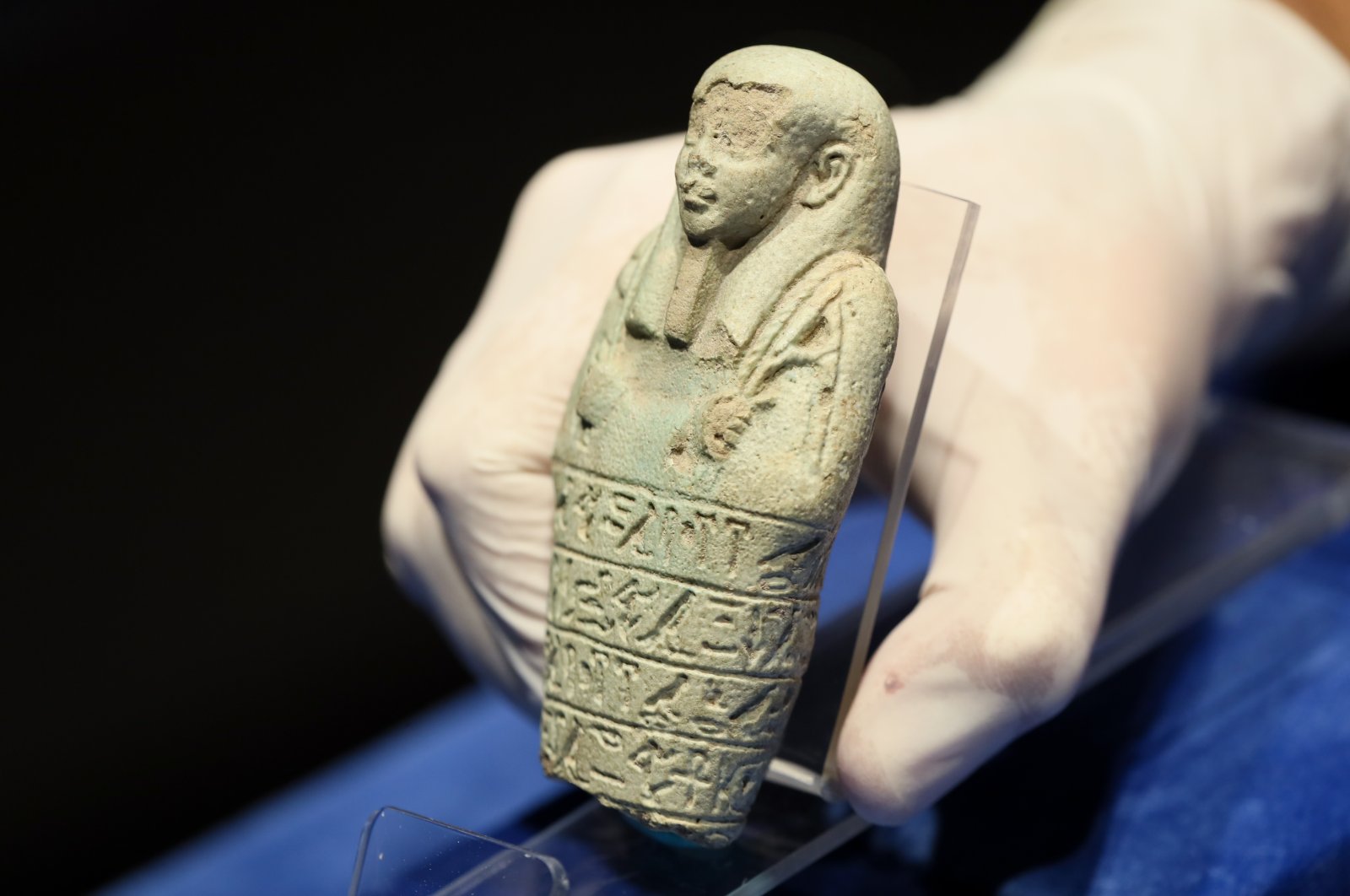 As part of its “You will see what you cannot see” project where a new special artifact is presented to visitors each month, the Izmir Archaeological Museum is bringing the Nile breezes to the Aegean province this month. from Izmir. The museum’s September guests are 2,700-year-old oushabti statuettes used in funeral rituals in Egypt.

Ushabtis – small statuettes made of wood, stone, or earthenware, a type of ceramic material – are often found in large numbers in ancient Egyptian tombs. These statuettes are believed to have been buried in tombs in Egypt for the purpose of serving their owners as slaves in the afterlife.

The three Ushabtis of the Izmir Archaeological Museum bear witness to the long-standing commercial and cultural relations between Egypt and Anatolia. The figurines, with hieroglyphic inscriptions saying “ready for the calls of duty of the gods”, will remain open to visitors in the museum’s treasure room until the end of the month.

â€œWe know that Anatolia and Egypt have had very important and deeply rooted relationships in the fields of politics, culture, art and commerce in every period of history,â€ HÃ¼nkar said. Keser, director of the Izmir Archaeological Museum, at the Anadolu Agency (AA).

â€œThe Egyptians included the Ushabtis in their preparations for the Hereafter because they believed they should have servants after death. They made tile and earthenware statuettes and had them buried next to them, â€he added.

Previous objects on display as part of the Izmir Archaeological Museum project were impressive marble statuettes carved by sculptors in Anatolia 7,000 years ago, called “Stargazers”, and a bronze tool used to clean the stone. body by scraping away dirt, sweat and oil. about 2,300 years ago, called “strigil”.

The exhibition “You Will See What You Can’t See” will run until January 2022.

Evergrande gave workers a choice: lend us money or lose your bonus

The mystery of the Maltese falcon