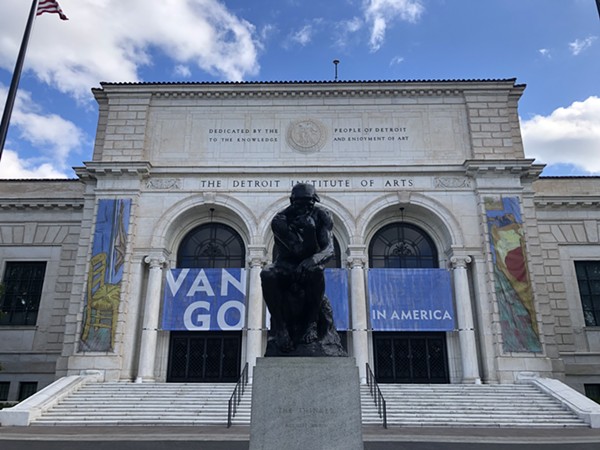 “Van Gogh in America” ​​celebrates 100 years since the DIA became the first American museum to purchase one of Vincent Van Gogh’s paintings.

A century ago, the Detroit Institute of Arts had a head start when it became the first American museum to purchase a painting by Vincent Van Gogh. It was his 1887 “Self-Portrait,” a 13.75-inch by 10.5-inch oil painting made several years before the painter died by suicide.

Fortunately, the city did not resort to the sale. And that fateful purchase a century ago helped set the stage for Van Gogh in Americaa retrospective of the iconic artist’s career which opens to the public on Sunday.

“Starry Night,” on loan from the Musée d’Orsay in Paris, was an 11-hour addition to the current years exhibit, which was postponed from 2020 due to the pandemic. It was also eclipsed last year by two dueling ‘immersive’ digital exhibitions drawing on the work of Van Gogh. The DIA exhibition, however, is the largest Van Gogh exhibition in years and includes more than 70 works on loan from around 60 museums and collections around the world.

At first, the art world didn’t seem to know what to think of Van Gogh. He is said to have sold very few paintings in his lifetime, but was eventually adopted after his death, after museums like the DIA helped boost his profile. And there was something about his paintings that seemed to really resonate with Americans, especially the heartland. The next American museums to buy Van Gogh were also in the Midwest, including the Nelson-Atkins Museum of Art in Kansas City, Missouri, the Saint Louis Art Museum, and the Toledo Museum of Art.

“Van Gogh in America tells how Americans shaped in their hearts and minds the image of Van Gogh,” Salort-Pons said.

If you go – and you should – take your time. No photography or digital reproduction can do justice to Van Gogh’s radiant brushstrokes, so it’s best to experience them in person.