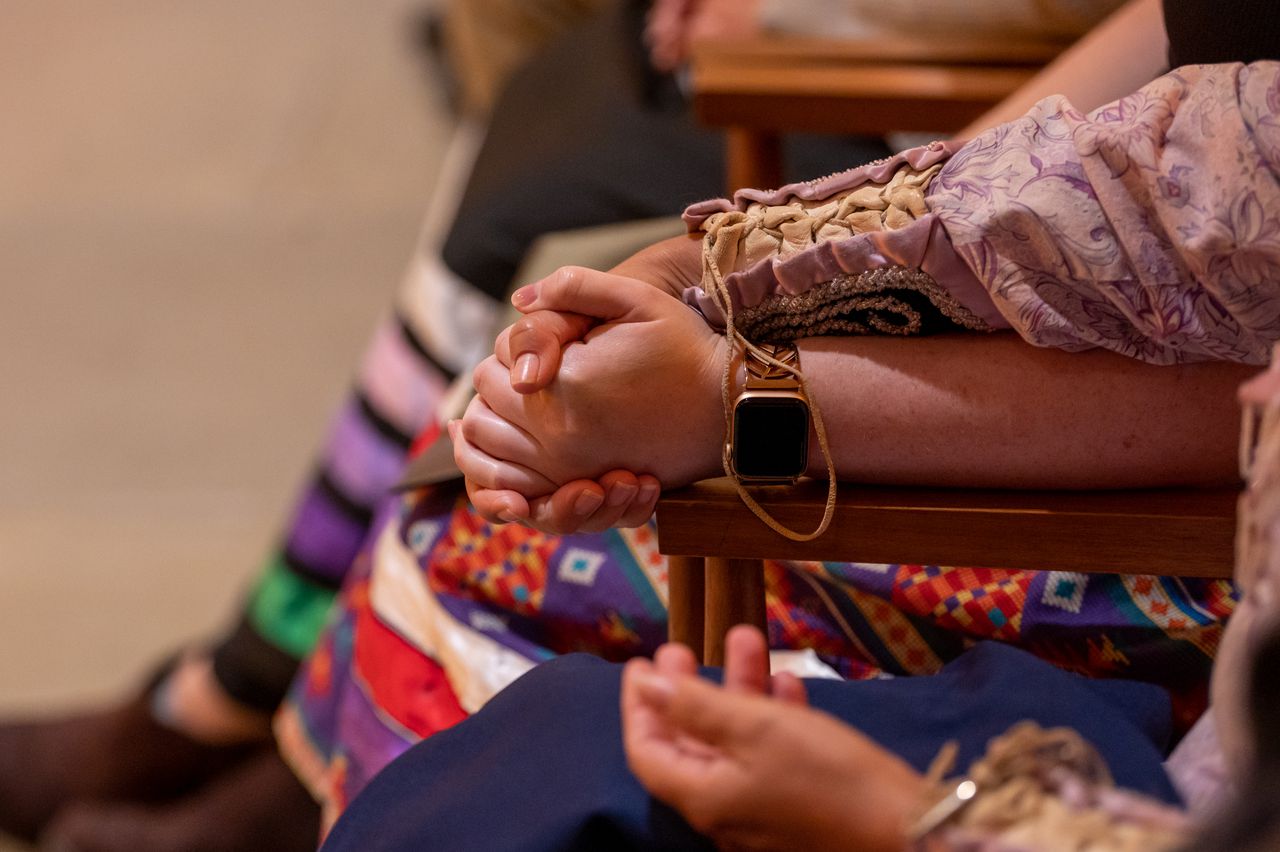 The objects played some of the most sacred roles in the funeral rites of the Oneida Indian Nation, but spent decades in storage in a basement at Colgate University.

More than 1,500 grave goods and cultural artifacts were returned to the Oneida Indian Nation this week in a repatriation ceremony at the Madison County Liberal Arts College – the largest such transfer in the history of the New York State.

“As we come together for this ceremony, we are not just recovering the objects of our ancestors; we are regaining nothing less than the history of our people and our history in this region,” said Ray Halbritter, Oneida Indian Nation Representative and Managing Director of Oneida Nation Enterprises.

This latest ceremony is the fifth repatriation between Colgate and the Oneida Nation through the Native American Graves Protection and Repatriation Act (NAGPRA) of 1990, which provides funds to assist in the transfer of cultural objects from museums to Indigenous peoples to whom these objects belong.

“For decades, too many museums and other educational and cultural institutions have followed indefensible practices regarding ancestral remains and cultural artifacts of Native Americans,” Halbritter said.

“These practices have been allowed to continue under the belief that the preservation of history is of the utmost importance without questioning the means to do so,” he continued. “They assume it’s possible while separating history from the people it belongs to, assuming we tell our stories with stolen artifacts and unknown voices. Indigenous grave goods and ceremonial objects should never be the property of museums in this way.

Colgate University President Brian Casey thanked members of the Oneida Indian Nation, Colgate faculty and the Longyear Museum of Anthropology for all the hours of work and investigation it took to complete the process of this last repatriation.

According to Casey, the items returned at this ceremony came from a collection acquired by the university in 1959.

While the return of these sacred possessions and grave goods continues to symbolize peace between Colgate University and the Oneida Indian Nation, it was not without pain and heartbreak.

Lisa Latocha, a member of the Oneida Nation, Wolf Clan, is a Community Liaison Officer at Colgate University’s Longyear Museum of Anthropology.

When she started her job at Colgate in 2018, it didn’t take her long to spot a sacred object that once belonged to the Oneida.

Reading historical documents about cultural genocide and the historical trauma suffered by the Oneida took him through waves of emotions. After reading certain events, she had to stop, cry – sometimes for days. She said she withdrew from that dark place because she had work to finish.

Five years later, Latocha stood in a purple, black and white costume, honoring his ancestors. Around her in the room are other Oneida wearing insignia consisting of colorful ribbon skirts, ribbon shirts, and dangling pearl earrings. Everyone in the room came to witness the return of their ancestors to their homeland.

“I said to our ancestors welcome to our homelands and for the return of these grave goods,” said Lyons, Oneida Nation, Turtle Clan.

With plans to continue future repatriation efforts, conversations between Colgate and the Oneida Nation will continue, with the goal of learning from past mistakes.

“To achieve this goal, we need to create a multicultural dialogue like the one we gathered here for,” Halbritter said. “This ensures that all of our region’s stories will be preserved for generations to come in our own voices – the voices in which they are meant to be heard.”

To end the ceremony, Halbritter and Casey signed documents to mark peace between the University and the Nation, as well as to officially mark the return of sacred property.

“Our homelands are the resting place of our ancestors and must remain undestructed until the end of time,” Halbritter said.

NYS Fair 2022: 5 things to see at the Indian Village, dedicated to the Haudenosaunee since 1928