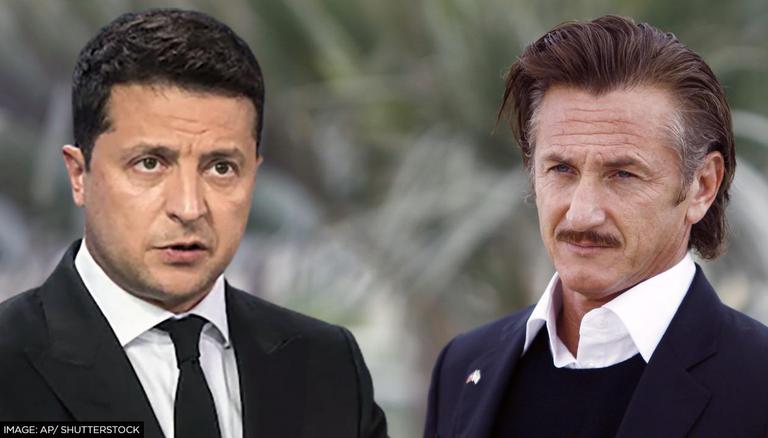 As the Russo-Ukrainian War entered its 110th day, embattled Ukrainian President Volodymyr Zelenskyy urged attendees of actor Sean Penn’s CORE Foundation charity event to support and fight for the war-torn nation. war as Ukraine fights for the world. In a video message to charity attendees, Zelenskyy expressed his gratitude to everyone “who came here today for the sake of this help – a help for Ukraine.”

He said: “Mr. Sean Penn, who has been personally in Kyiv and Ukraine since the first day of the war and has seen firsthand this evil, which is called Russian aggression on a large scale,” according to a statement. from the office of the President of Ukraine. .

The Ukrainian President pointed out that Russia, which started the full-scale war against Ukraine on February 24, was responsible for tens of thousands of bombings and shootings, leaving hundreds of thousands injured and killed. killed, millions displaced and peaceful cities. and the villages fade from the face of the earth. He further asserted that all these disasters are currently the reality of Ukrainians.

“All this is our reality”

Pointing to images depicting the devastation in Ukraine caused by Russian aggression, Zelenskyy said: “All of this is not the setting for an apocalypse blockbuster. All of this is our reality. Further presenting photographs and videos of the impact of Russian cruise missiles which have hit schools, hospitals, theaters and museums, as well as destroyed streets and entire communities, the Ukrainian President said: “This are not VFX, not infographics. This is all our reality.”

Apart from that, Zelensky stressed in the video message during the CORE charity event that they will rebuild Ukraine, its streets and neighborhoods, and that the “bodies” will “heal wounds” and the hearts will recover from the losses.

According to the statement from the Ukrainian president’s office, Zelenskyy said, “During World War II, when all metal was needed on the front line, the Oscar statuette was made of plaster. We can rightly say that this is a symbolic gesture that does not radically affect the course of the war, but we cannot claim that the world would have defeated Nazism without a piece of metal… That’s why we know that any help is precious and important”.

Meanwhile, Zelenskyy was named the winner of the 2022 Boris Nemtsov Prize on Sunday for his bravery in leading his nation in the ongoing battle with Russia. According to a Ukrinform report, Zelenskyy won over a slew of other candidates, including Vitali Klitschko, the mayor of Kyiv, Sviatoslav Vakarchuk, the leader of the Okean Elzy group, Yuliia Paievska (Taira), the creator of a unit of combat volunteer medics, and Oleksiy Arestovych, presidential adviser.

Since Russia’s wanton attack on Ukraine on February 24, Zelenskyy has remained steadfast in his pursuit of victory, refusing to surrender to Russian soldiers.